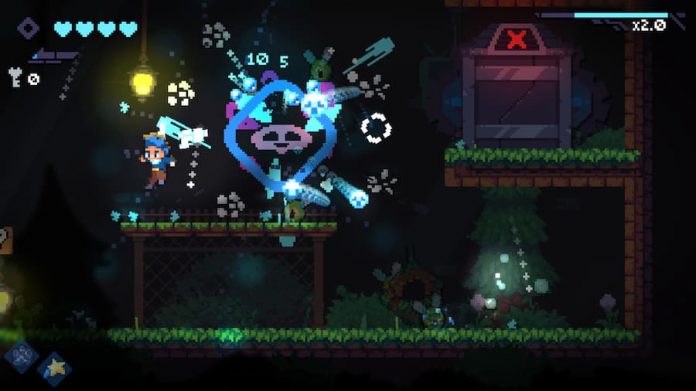 Don’t worry, you can relax. Revita is a PC-based rogue-like shoot-em-up and has nothing to do with smearing cottage cheese on a piece of crispbread and grimacing while you pretend to enjoy it. It sees you climbing an “ominous clock tower” (we’ve yet to see a non-ominous one) in an effort to restore your protagonist’s memory.

Your quest, which also involves an awful lot of hats, also involves swapping health for randomised upgrades, a Faustian deal if ever we heard one. Like The Sundew, Revita is another a solo indie effort, created by developer BenStar and, in its current incarnation, features three different themed areas to explore. The game should be in Early Access for seven to nine months, during which time additional content will drop.

It looks like fun though, admittedly, we’re real suckers for pixel-art games. We’re already trying to figure out what the payoff to the game’s amnesia plot is, though we have a horrible feeling we’re going to get a Dark Tower style ending. You can purchase Revita’s Early Access version on Steam now, or check out the Early Access trailer below.

Just don’t get us started on rice cakes.