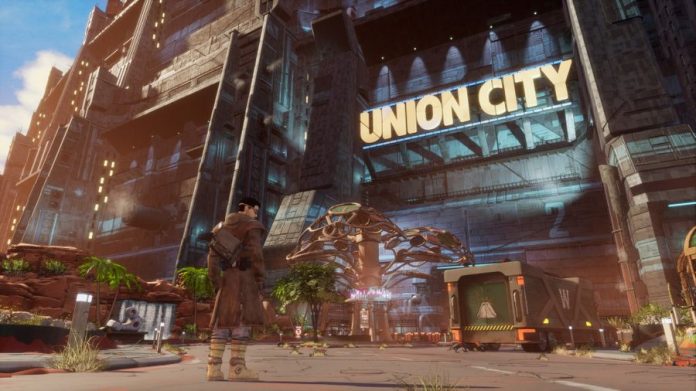 Revolution Software, creators of the game, have signed a deal with French publisher Microids to release it on the PS4, Xbox One and Nintendo Switch. Beyond a Steel Sky was released last year on Apple Arcade then, shortly after, on PC. It takes place within a Judge Dredd style Mega City and follows the exploits of Robert Foster who, after leaving the city in ‘safe hands’ in the prequel, returns to find that not all is well.

Beyond a Steel Sky’s central concept is an intriguing one; just what would happen if you asked an AI to make people happy? We reviewed Beyond last year and praised the game’s emotional and the hacking mechanic though found Foster to be an unlikeable protagonist. Unlike the prequel, the interface isn’t mouse based so the game should be relatively easy to control on console.

There’s no concrete release date yet, but Microids and Revolution are planning on bringing Beyond a Steel Sky to consoles some time in the third quarter of this year, as a digital and physical release. Who knows, if it does really well we might get Lair of the Temptress 2.