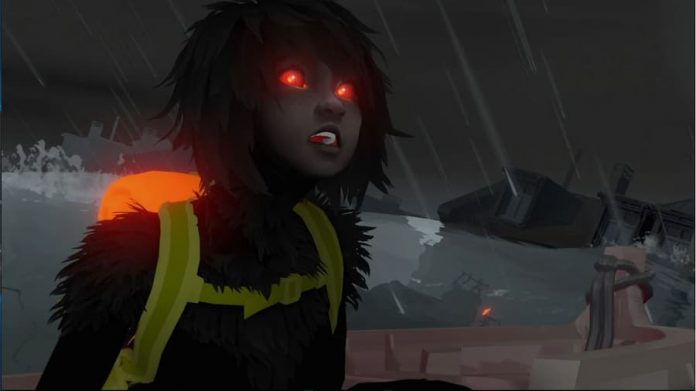 First released on PS4, Xbox One and PC back in 2019, Jo-Mei Games’ Sea of Solitude now finds itself on Switch by way of a Director’s Cut.

New to this version is a customisable photo mode, allowing you to take beautiful pictures of the scenic environments you travel through, gyroscopic aiming, so you can more intuitive guide your flare, and changes to the game’s script, voice acting, and cutscenes. Needless to say, it’s not just a simple port. Though while Sea of Solitude: The Director’s Cut tells a touching story, the gameplay attached to it does little to make the experience wholly enjoyable.

Kay is the protagonist of Sea of Solitude: The Director’s Cut, a young woman who sees herself as a monster. With her mum and dad at each other’s throats and her brother being bullied, her life is in turmoil, and she feels like it’s all her fault. Her relationship with her boyfriend isn’t entirely healthy, either. In the game, all of these characters are also depicted as monstrous creatures, though on a much grander scale than our little Kay – though she does also encounter her own personal demon which blocks her path from time to time.

Sea of Solitude: The Director’s Cut, then, has a ham-fisted and very visual way of portraying Kay’s world. Alongside all the monsters and the contrast between dark and light, there’s the fact that the world is submerged in water – Kay is trying to keep afloat. This is a girl in the midst of depression, and she’s not the only one. Seemingly all of those around her are also going through their own struggles, though Kay is strong enough to try to help them. And maybe, just maybe, by solving their problems she’ll also find some happiness herself.

A short-ish narrative adventure with a running time of around three to four hours, Sea of Solitude: The Director’s Cut tries to keep things varied. Some of the time you’ll be steering a boat around submerged houses, then you might disembark to explore some of their rooftops or innards on foot, all the while avoiding dark monsters that roam the waters, or corrupted souls full of hate. As such, there’s some light platforming to be done, and some simple puzzles to solve that involve finding sources of light before using their rays to dispel dark forces. 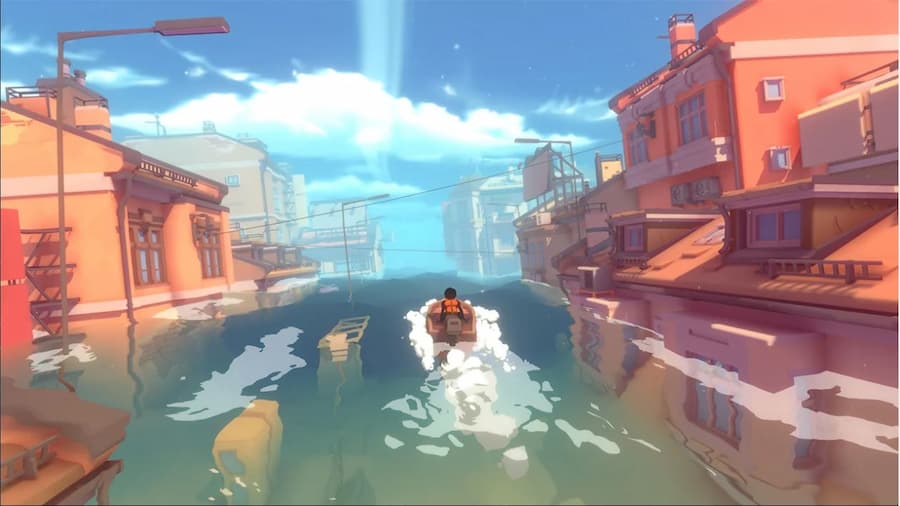 From a gameplay standpoint, some of the most challenging scenes in Sea of Solitude: The Director’s Cut are those in which you’re pursued by dark entities, or bullies. You’ll need to find a safe route past them to either get to safety or collect the glimpses of light needed to combat them, but it’s often not an easy or enjoyable task. Slip up, and they’ll surround you, hounding you as the screen gets darker and darker. Failure follows, but thankfully lenient checkpointing means you never lose much progress.

In contrast, the rest of the game is a cakewalk. It’s rather linear, and if you do get stuck you can fire off a flare at any point that shows you the way to your next objective. It’s perhaps simple to a fault – you often feel more like a passenger than a player. It also means that once the story is done, there’s little reason to return unless you’re a collectible fanatic. There are bottles to collect and birds to shoo, with the former also containing messages that round out the game’s narrative a little. 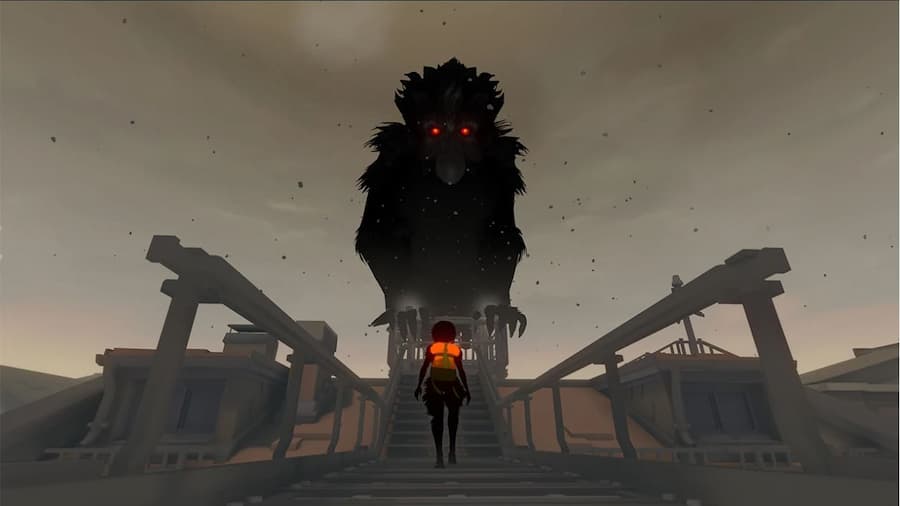 After only an hour or so with Sea of Solitude: The Director’s Cut, I found myself bored with its sailing and exploration, and often frustrated with its dark, childlike entities. But I pushed on because I was already invested in its narrative, and along with its interesting visual style, it also has a wonderful soundtrack. I encountered nothing that made we want to turn the game off and never return to it, but at the same time, I wasn’t having fun. Perhaps that’s the point given the subject matter, but I doubt it.

If you enjoy narrative adventures that are accompanied with laid-back gameplay, then you might want to give Sea of Solitude: The Director’s Cut a go. However, those who like their experiences more complex, both in terms of gameplay and narrative, might want to think otherwise. Sea of Solitude: The Director’s Cut pulls on the heartstrings but does so like a blunt instrument, while the actions you perform getting from A to B rarely entertain like they should.

Sea of Solitude: The Director’s Cut is available on Switch. This review was facilitated by a code provided by the game’s publisher. 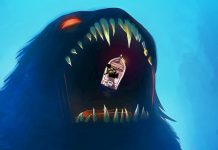