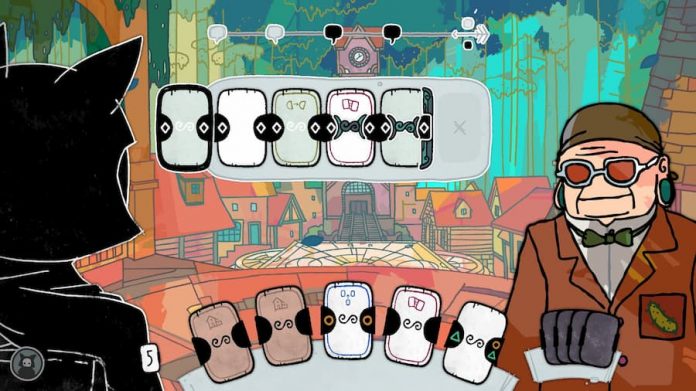 Casual card game Signs of the Sojourner will be landing on consoles later this month. It’s set to release on March 17th for PlayStation 4, March 18th for Nintendo Switch and March 19th for Xbox One. There’ll be a 20% launch discount on each platform (though only for PS Plus subscribers on PlayStation).

In Signs of the Sojourner you play as a young character who has just taken over their mother’s store after she passes away. You’ll travel to new locations in order to find things to sell in your shop at home. Along the way you’ll meet other traders and learn their stories making connections with them to help you in future.

In order to make these connections you’ll use cards. Unlike your average card game where you try to beat your opponent, in Signs of the Sojourner you use your cards as dialogue options. If the person you’re speaking to likes what you’re saying you’ll make a connection and they’ll give you something to sell in your shop. It’s both simple and complicated.

We gave the game an 8/10 when we reviewed it back in May of last year. We said: “In a time where everyone in the world is being forced apart, a game about making connections and appreciating what you have feels like the perfect antidote.”

Look out for Signs of the Sojourner when it releases later this month for Nintendo Switch, Xbox One and PlayStation 4. 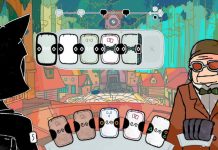 Learn About Human Connection in Unique Card Game Signs of the Sojourner, Out Now