Its now confirmed that Sony is shuttering its PlayStation 3 and PlayStation Vita online storefronts.

Like a bout of curry-induced gastric discomfort, there have been rumblings for a while but it’s time to face the distressing truth. Sony has confirmed that the PlayStation 3 and PlayStation Vita stores are to close later this year, meaning that you’ll be unable to purchase any further titles for either platform.

That doesn’t mean you’ll lose the content you’ve already bought; that can be re-downloaded as much as you like. Without the store, finding the games and so forth you’ve purchased will be a bit fiddlier but you’ll still have access. But if, after July, you have a craving for the original Resident Evil 2 on PS3 and haven’t yet purchased it, you won’t be able to buy it on PS3 or PS Vita.

A significant number of PlayStation 3 (and a few PlayStation 2) titles can be streamed through PlayStation Now, including the excellent Silent Blood Curse which we’d feared would be lost forever. However, PlayStation Now titles are also subject to removal from the service, so there’s no guarantee they’ll be there when you next want to play them.

Sony has confirmed the dates the PS3, PS Vita (and also PSP) stores will be unavailable on their home consoles – web access has already been removed.  The PS3 store will close on July 2nd, the PS Vita store on 27th August and remaining PSP purchase functionality will end on July 2nd. You’ll, naturally, still be able to buy PS3 and Vita games physically, though some games were digital-only, and you can expect physical prices to rise accordingly.

So if you’ve been holding off on that PS3 or Vita game you always meant to play, now’s the time to take the plunge. 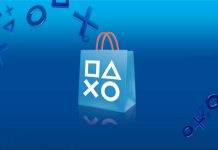