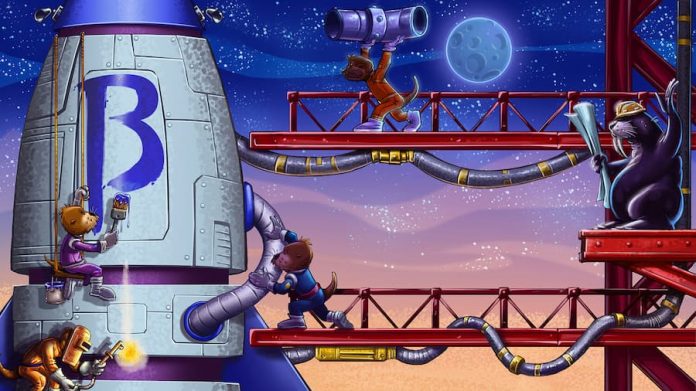 Otters are adorable. They’re also not usually found in space. But this one is.

We humans are terrible, you see. Earth became inhospitable, and so humans upped and left, finding new places to live in space. Turns out some otters are more intelligent than we give them credit for though, as they were also able to build their own rocket and head to the outer reaches of the galaxy. That’s where Space Otter Charlie picks up, with the titular fuzzball making his way through several hostile planets in order to find somewhere safe to settle.

Not that the narrative of Space Otter Charlie particularly matters, but I suppose we must have some sort of explanation as to why there’s an otter in space. Equipped with a trusty jetpack, Charlie moves by thrusting forward. He can only travel so far before his jetpack gives out, though, so luckily he can also cling onto walls.

Traversal is probably the part of Space Otter Charlie that takes the most getting used to. Exploring the game’s numerous levels, defeating foes and avoiding obstacles is entertaining, but Charlie’s manoeuvrability can be frustrating at times. He’s not quick to turn, and getting him to go exactly where you want him to go isn’t always as easy as it should be. It gets easier, though, the further you progress through the game. And besides, manoeuvring in space probably isn’t easy.

Each of Space Otter Charlie‘s self-contained levels feels like its own tiny Metroidvania game. There’s always an open map to make your way around, but often, obstacles will stand in your way. You’ll need to find keys to unlock new doors, or activate switches in order to access new areas. You’ll need to occasionally solve simple puzzles – like blocking laser beams with boxes, or activating switches in the correct order – to progress. Along the way, you’ll pick up blue orbs and a number of crafting resources. These can be used to craft new upgrades for Charlie – some are necessary to progress through the game; others are optional, but make your playthrough much more enjoyable. 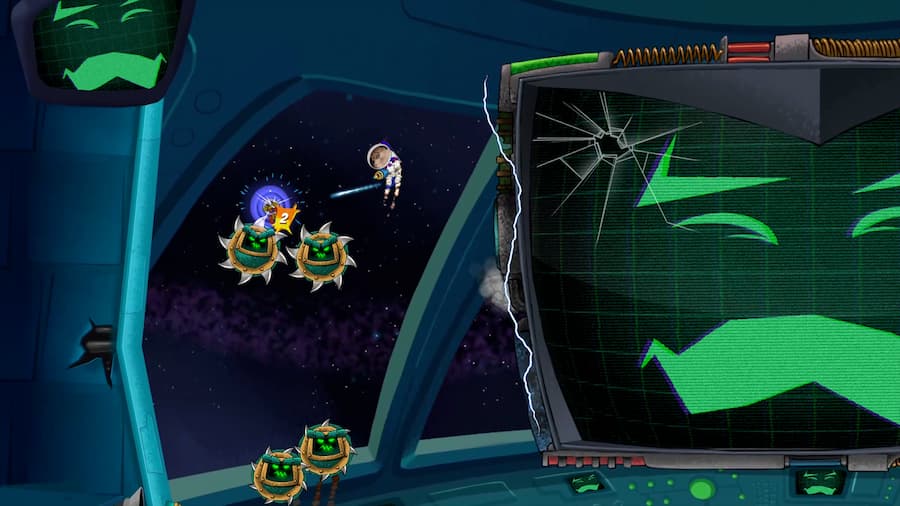 For instance, you’ll need to find all the parts to craft a gun that fires reflector rays in order to progress. You’ll need that gun in order to activate certain switches. But other upgrades make your guns more powerful, or improve your shield and thrusters. You can progress through the game without these things, but it wouldn’t be much fun.

Along with the main campaign levels, Space Otter Charlie has a number of optional levels which you should complete if you want to acquire more upgrades. They’re worth doing, too, as they all present their own unique challenges and provide a bit of welcome padding. This isn’t a long game; you’ll complete the main levels in three to four hours and have done everything in around six. If you enjoy the flow of gameplay, you’ll be glad of the option to jump into some extra stuff. 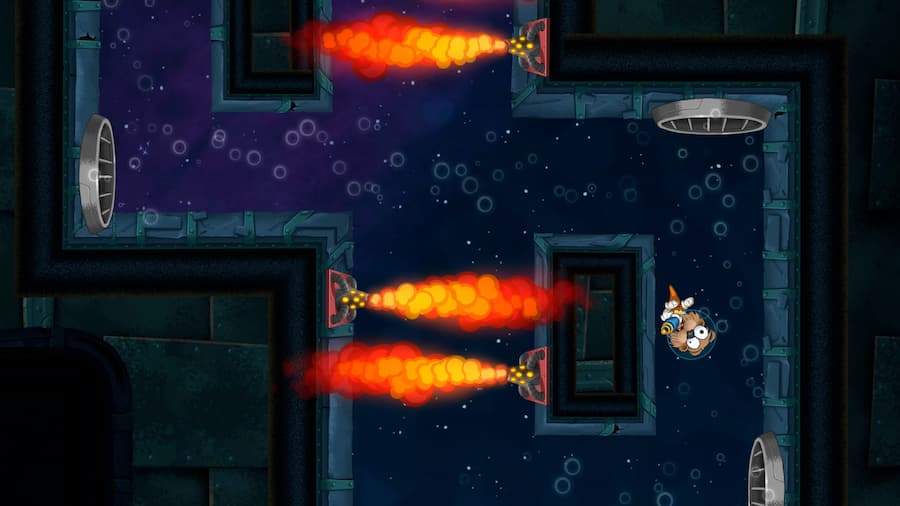 Space Otter Charlie‘s enemies are rather relentless, and you’ll likely find yourself dying at their mercy more than once. But with an arsenal of guns at your disposal that expands as you play – along with other upgrades, like a spin attack, that comes later in the game – facing off against them provides a worthy challenge. The same goes for the game’s bosses, a handful of which you’ll find in the compulsory levels. They’re each fun to face off against, with their own attack patterns and weak areas to be discovered. As always, finally laying waste to one of them is a moment to celebrate.

Cute and unassuming, Space Otter Charlie doesn’t reinvent the wheel. But it does provide a lovely few hours of entertainment. Its levels are a joy to explore, and even though traversal can be a bit of a pest, the game’s puzzles and satisfying upgrades more than make up for it. There are far worse ways to spend an afternoon than in the company of Charlie, that’s for sure.

Space Otter Charlie is available on PC, PS4, Xbox One and Nintendo Switch. We reviewed the PS4 version of the game (played on PS5) with a code provided by the publisher. 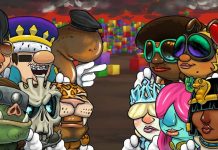