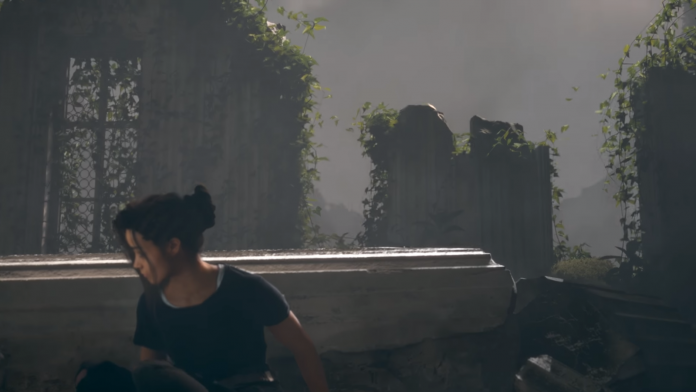 Were you telling everyone you know about Project Athea? You may have Forspoken too soon.

We’re sorry*, but we couldn’t resist it. Square Enix have revealed that their open-world game Project Athea is now known as Forspoken. Taking place in the land of Athea, it casts you as Frey Holland, a woman who needs to harness her magical powers to survive dragons, super-wolves and all sorts of other nasties.

As you can see from the below trailer, Forspoken does look pretty impressive. Frey, played and voiced by Charlie’s Angels actress Ella Balinska, soars across the landscape, pausing only to summon power from the Earth and murder monsters with it.

“Frey as a character is real, she’s raw, she’s a girl who lost her way—both figuratively and literally—and is a character I immediately connected with, as I feel many people around the world will too when they set off on this adventure,” explains the actor.

The game is narrative-driven, which supports the notion that Frey’s journey is key though we’re wondering whether Square Enix will go to the now-standard route of throwing a ludicrous number of collectibles at the player. How will this  magic girl feel when she’s being forced to abandon her quest just to grab a solid gold seagull from the top of a tower?

Forspoken will arrive on the Playstation 5 and PC some time in 2022. You can visit the official Forspoken website for more details.

Forspoken, Square Enix’s New IP, Has Been Delayed Until 2023

Forspoken Has Been Delayed Until October