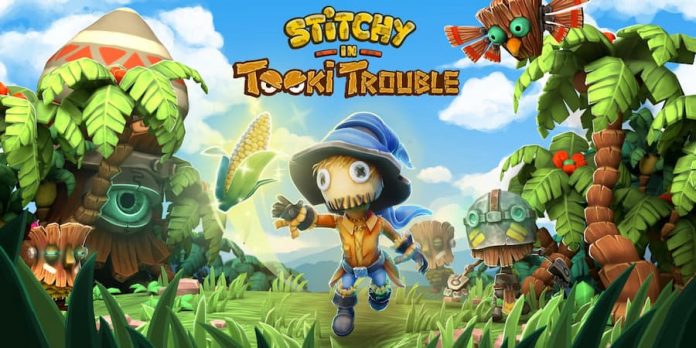 There’s no place like home in this upcoming platformer.

The colourful single-player platformer Stitchy in Tooki Trouble has just received an April 15th release date. In the game you play as Stitchy the scarecrow who is on a quest to recover corn that was stolen from him by the dastardly Tooki.

As you can see from the trailer below, Tooki, which look like little wooden men, have no mercy. They’ve taken every bit of corn from this game’s adorable protagonist. He is determined to get them back and he’s willing to travel the world to do it.

The adventure brings players to all manner of locations, from lush jungles to cold wintry areas and even a Tooki factory. Stitchy will have to ride minecarts, dodge piranhas and fight bosses until he gets back all of the corn that was stolen from him.

This platformer looks perfect for gaming on the go and geared towards players of any age.