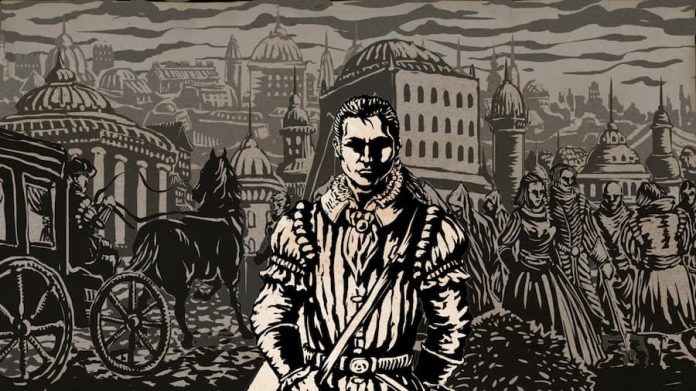 I’d never have imagined something miserable as The Life and Suffering of Sir Brante could be such a joy.

Oh, sure, I’d played Telltale’s The Walking Dead, where every chapter basically ends with someone punching a kitten. But interactive novel The Life and Suffering of Sir Brante, out now on Steam, is a whole new realm of misery – so much so that it makes Game of Thrones’ Red Wedding look like a child’s birthday party. The world your character, Sir Brante, is born into is so grim that improving your lot even one iota feels like a grand achievement.

Instead of just shoving you down story branches, your actions have clear consequences, and you’ll also accrue points as you play; the game measures the strength of your relationships, your determination and so forth. Some actions are locked away and, mostly, this works – though there were occasions when I was denied an action I felt I should have been able to take. I wanted to be able to tell the truth, but my lack of points in one area forced me to lie.

“Your Lot”, in fact, is one of the official terms that the religion class in The Life and Suffering of Sir Brante‘s world uses to keep ‘commoners’ down, a role that will literally be beaten into you. The game’s Steam store page sports a trigger warning and, by God, it needs it. Depending on your choices, you can end up seeing your sister beaten for writing poetry or your own grandfather get murdered for being insolent.

No, I’m not kidding, and that’s The Life and Suffering of Sir Brante’s biggest weakness. The game does a sound job of establishing its world, a parallel 12th century with a little reincarnation thrown in. But there are times it edges on ridiculousness, where it pours on the misery a little too much, and risks becoming a parody of both itself and other equally grim works of fiction. 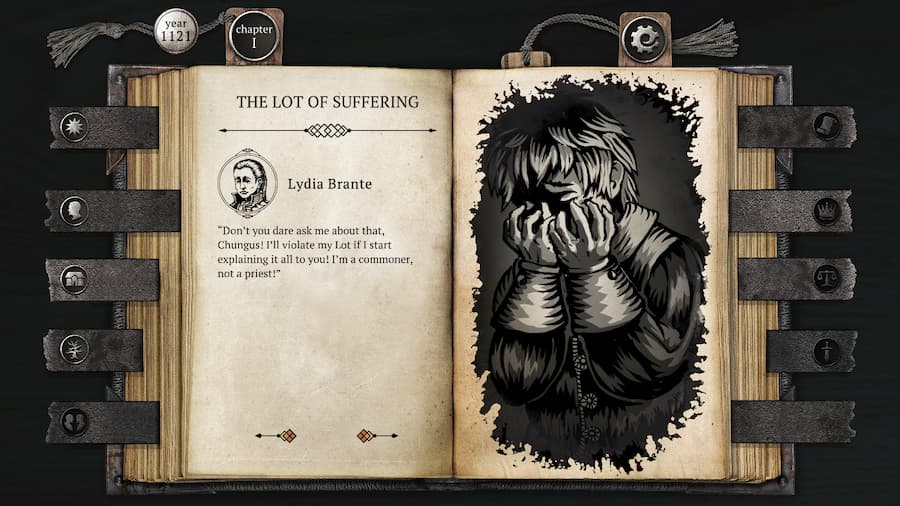 But ultimately, The Life and Suffering of Sir Brante works because it trades in extremes. When you see your grandfather mistreat your mother for being lowborn, you’ll swear vengeance; either by proving him wrong or promising to demolish the whole system. Yes, it’s no surprise there’s going to be a shake-up, given that the game’s final chapter is called ‘Revolt’, something that’s revealed to you right away.

So you start accumulating grudges and measuring up allegiances; when your sister and brother leave you alone to fend for yourself, do you resolve to get them back or use them as a stepping stone to greater things? While the story is more linear than your average Choose-Your-Own-Adventure book, you’ll be so heavily invested you’ll want to see it through to the end.

The Life and Suffering of Sir Brante is a joy to play and will have you hooked from your character’s first misery-laden encounter, driving you to bring Sir Brante something better, whether it’s by crushing or conquering the system. Just don’t expect a happy ending.

The Life and Suffering of Sir Brante is available now on Steam.