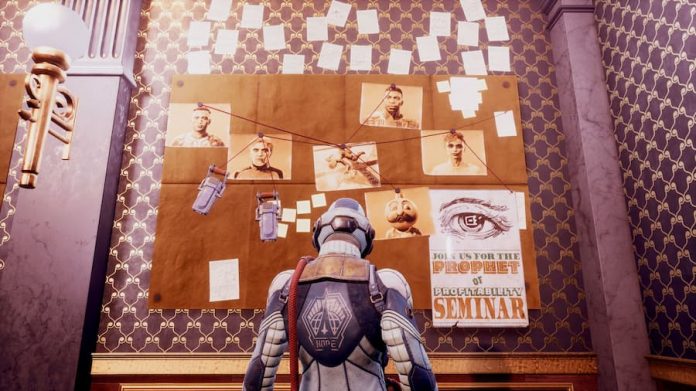 Who needs Fallout: New Vegas 2 when you’ve got The Outer Worlds: Murder on Eridanos?

The answer is, of course, “I do. Why the hell has Bethesda not got Obsidian to make a sequel? In what world is that fair? WHAT THE HELL IS WRONG WITH YOU PEOPLE?” But Murder on Eridanos, the second and final piece of downloadable content for The Outer Worlds, is my second favourite Obsidian game.

And I do mean “game”, because Murder on Eridanos feels like a game in its own right. It’s not just that you can spend 20+ hours immersed in Eridanos’ world. either; the moment you step off your ship it’s as if you’ve walked into an intergalactic version of Knives Out. Upon starting the DLC, you leave your previous role at the air lock and become The Inspector (by virtue of being a neutral party), charged with investigating the murder of vid-star Halcyon Helen.

To access Eridanos itself, you do need to have reached Stellar Bay in the main The Outer Worlds storyline. Obsidian also recommends you’ve reached at least level 30 – though, with crew in tow, my level 18 character never hit a brick wall. Solo players might need to go a little higher, but it’s well worth the effort. Change in role aside, the resort of Eridanos is so utterly, utterly gorgeous it really is like stepping into a different world. Even the loading screens, which are normally pretty eye-catching, are sublime, so much so that I’ll be figuring out how to extract them from the game’s files.

Murder on Eridanos takes place on a set of rocky islands, suspended above a gas giant. Each island is accessed by a bridge, with new areas unlocking as Eridanos progresses. There’s a beautiful, if faintly disconcerting, pink sheen to everything; though pride of place has to go to The Grand Colonial Hotel, which is where Halcyon Helen’s corpse has been found. 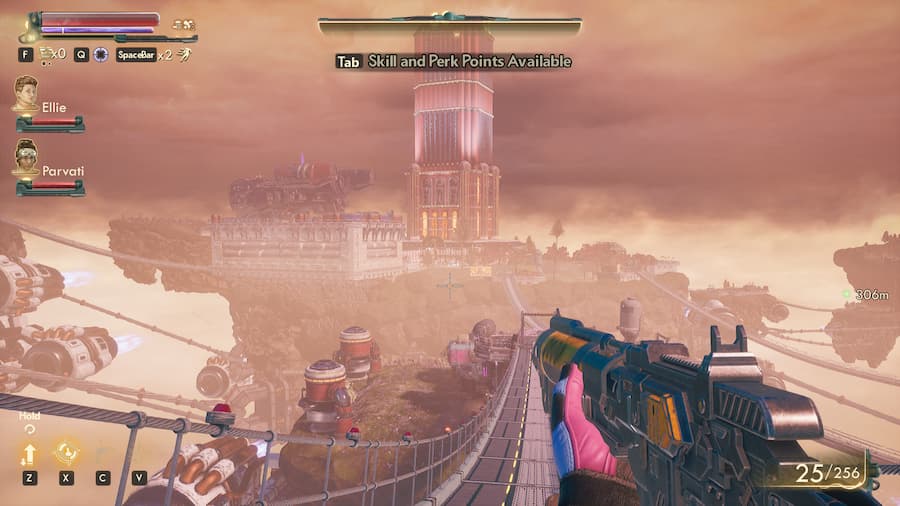 More so than the main game’s Byzantium, the hotel is a towering monument to opulence, so it’s an absolute joy to just stomp around using your newly-acquired credentials to rub people up the wrong way. The gizmo Murder on Eridanos gives you to discover hidden clues is cool but, as your character can point out, it’s no more than a glorified magnifying glass. It’s calling characters out on their lies that makes you feel like a real detective.

Assuming, that is, you can keep your head in the game. Because while Murder on Eridanos‘ main quest will take you around this pleasingly large resort, it’s the side quests and their associated characters that really elevate this content. That’s not downplaying the quality of the main quest’s writing, which eventually gives you reason to trek across all Eridanos, but every side quest is laced with intrigue, terror or corporate stupidity. Every one will grab your attention the moment you stumble across it, and every other location is a revelation to explore. 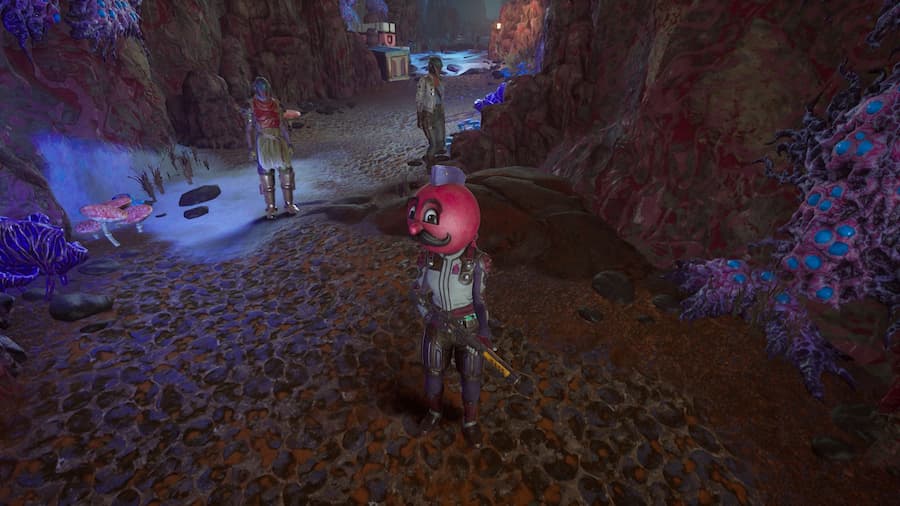 Why, for example, does the pool look like the Incredible Hulk has relieved himself in it? What’s the mysterious prize at the heart of the hedge maze, and why are people literally dying to get it? Was that guard was really still alive when their “friend” left them? As Inspector, you’ll be asked to investigate more than just Halcyon Helen’s death and it folds in the kind of fuzzy morality that was so welcome in Fallout: New Vegas. There are of course a handful of new monsters and weapons too, but they’re just the icing on the cake.

Murder on Eridanos isn’t perfect, but it’s pretty damn close. The biggest let-down is that, for the sake of its otherwise excellent story, you don’t expose the killer in front of their peers. You do get to explain your reasoning but your accusation isn’t dramatic as it should be.

Ultimately, Murder on Eridanos serves as a magnificent send-off to The Outer Worlds. It’ll keep you hooked from beginning to end; it’s a shining example of how to do downloadable content and has me eagerly awaiting the Fallout: New Vegas sequel that only exists in my head.

The Outer Worlds: Murder on Eridanos is available on PC, PS4 and Xbox One. We reviewed the game on PC with a code provided by the publisher.

Buy The Outer Worlds on Amazon