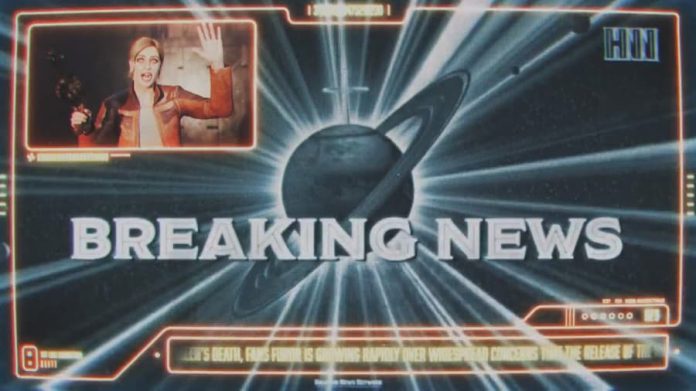 There’s been a Murder on Eridanos and only you can solve it.

The latest, and final, piece of DLC for The Outer Worlds, Murder on Eridanos, tasks you with solving the murder of famed actress Halycon Helen. Aside from some high-tech gizmos like the Discrepancy Amplifier, you’ll also have to scrutinise alibis in your quest to find the killer.

Or will you? One thing we like about The Outer Worlds is the way it’s not always black and white. As explained on the Playstation Blog, there are some very shady choices.

“Do you falsely accuse an innocent spectator? Do you present a poor case with lack of evidence? How will others respond? What happens if you try to convince people that you somehow are responsible for the murder? Yes, even that is possible!”

You’ll also get to poke around Eridanos’s Grand Colonial Hotel and other luxurious areas, since this DLC takes place on a whole new planet. The Outer Worlds isn’t as open as, say, Fallout New Vegas (where’s our sequel?) but there’s plenty of exploring to do.

The Outer Worlds: Murder on Eridanos requires the original game and will arrive March 17th on Playstation, Xbox and PC.