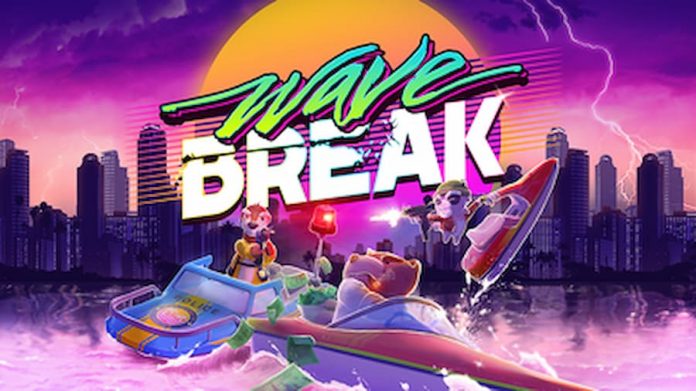 Everyone, at one point or another, has dreamed of being a super cool skateboarder.

Thankfully, video games exist and we can live out those dreams inside in other ways. Funktronic Labs is excited to help players live those dreams in its 80s inspired skateboarding game Wave Break, headed to PC and Nintendo Switch later this year.

Wave Break first became available last June as a Stadia exclusive, and since that time the team has been hard at work adding loads of content. It has campaign missions, a new warehouse level, a brand new park creator with six different themes and hundreds of premade park pieces. Not only that but you can also build parks in real time with your friends in multiplayer.

When it comes to actual gameplay, Wave Break combines skateboarding, boating and even a little bit of shooting. Chain together combos to boost your score and fill up your meter to perform special movies. You can also shoot your opponents to fill up your special meter. Players that want to take the game a bit more seriously can try out competitive mode which includes Death Match Mode and Turf War.

And we can’t overlook the awesome 80s synthwave soundtrack. Cruise along in your fully customised boat listening to the sweet synthy soundtrack in this bodacious skateboarding adventure.

Wave Break is set to release on Steam and Nintendo Switch this summer. If you’d like to participate in the closed beta test it is currently live and will last until March 21st.