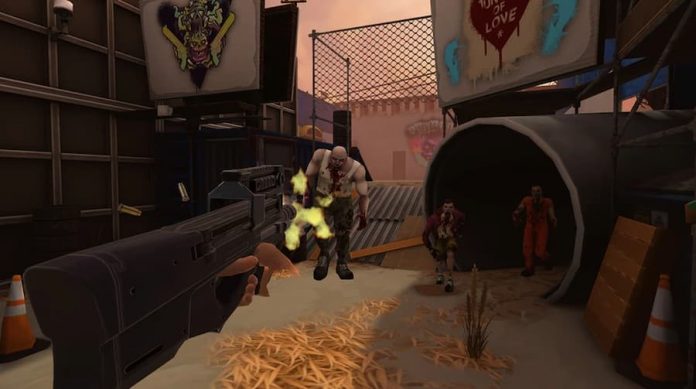 Zombieland VR: Headshot Fever invites you to shoot zombies in the head. And that’s it.

This just-announced VR title’s trailer, which you can see below, boasts that it strips away all the atmosphere and wandering around and just focuses on shooting zombies in the head. Drawing from the Zombieland movie and its sequel it instead focuses on dispatching zombies before they murder you, which is no easy task since the movie’s undead are fast on their feet.

It features appearances from the movie’s characters, though using soundalikes rather than Woody Harrelson and co, egging you on to get the highest score you can. In short, it’s an arcade-style take on zombie killing, with players vying to be the highest on the leaderboard. Will that be enough to make it worth having? On the one hand, there’s definitely a market for VR twitch-shooters, but we actually like the atmosphere of Walking Dead: Saints & Sinners and other similar zombie outings.

If Zombieland VR: Headshot Fever looks like it might be up your blood-stained, brain-spattered street, you can do some double-tapping when it hits Oculus Quest, Oculus Rift, HTC Vive and  Windows Mixed Reality headsets this Spring. A Playstation VR release is planned for later.