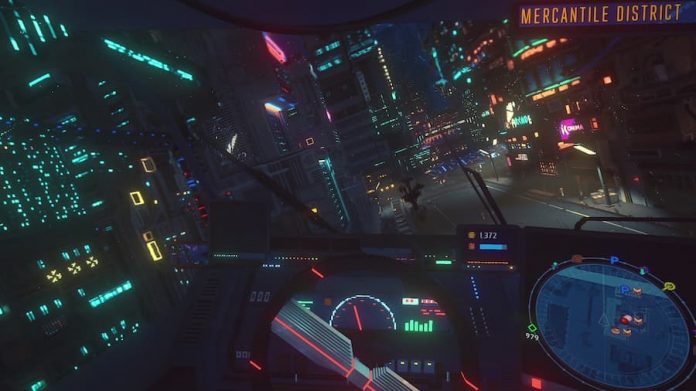 Do you feel lucky, Cloudpunk? Well, do ya? The answer is “yes”, because the futuristic taxi-sim is getting some new DLC.

If you’ve never played Cloudpunk, in which case you’ll need the base game for this DLC, it’s a taxi game taking place in a city with flying, multi-layered traffic. You know the sort of place we’re talking about, you’ve seen them in Star Wars: Attack of the Clones, Blade Runner, The Fifth Element or any number of other cyberpunk-ish movies.

Leaving aside the horrifying logistics (and probable fatality rate) associated with flying cars, Cloudpunk’s new DLC, City of Ghosts, promises to be even bigger than the original game. According to developers Ion Lands, it has a sequel’s worth of story as well as a new protagonist.

So why isn’t it a sequel?  Because, going by what Ion Lands have told us so far, it will use the same map, although that didn’t stop Saints Row IV. There’s no definite release date for Cloudpunk: City of Ghosts, other than ‘soon’; it’s set for a PC release though you can assume it’ll hit consoles shortly after. So if you’ve exhausted the flying-car shenanigans of the original it could be right up your floating street.