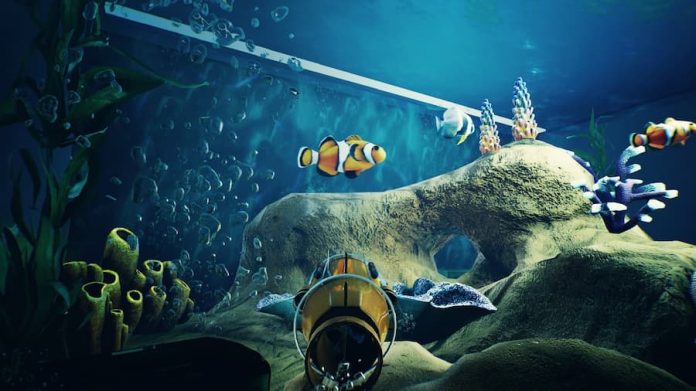 Fishkeeper is the aquarium sim we didn’t know we wanted.

Sure, we’ve played the odd fish-simulator, and messed around with those screensavers that turned your monitor in to a barely-convincing fish tank. But Fishkeeper looks to be so detailed, so dedicated to recreating the experience of owning an aquarium (minus, presumably, having your fish die because you overfed them) it’s definitely got our attention.

Having just launched on Kickstarter, Fishkeeper promises a proper virtual tank, not just a flat image, fish-breeding, and even the option to go inside the tank in a virtual mini-sub. We’re particularly intrigued by the latter option. Children misbehaving? Just show them a ‘giant’ clown fish close-up, tell them that yes, Nemo actually is that large and he feasts on the souls of naughty children.

Right now, the Kickstarter is at about 2% of its £44,000 goal with 25 days to go, so it’s not guaranteed to reach its funding goal. But the sheer wealth of aquarium-meddling options it promises means it should be right up the watery street of anyone who’s ever wanted to own a fish tank. It’s set for a PC release, assuming it gets funded, and you can wishlist it on Steam now.