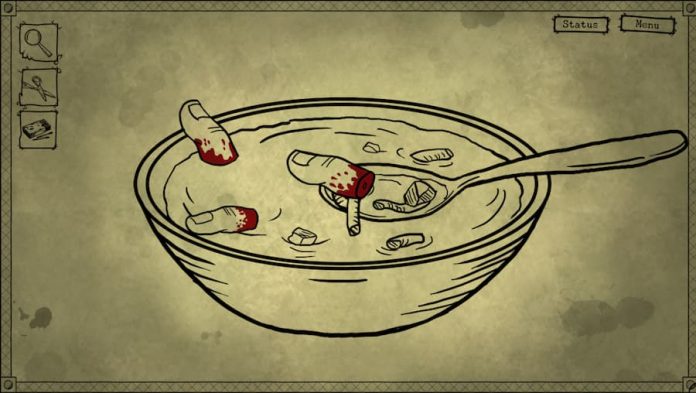 Bad Dream: Coma is an off-putting journey into the realms of the weird.

What’s in a nightmare? Everything and anything; it’s not just blood and gore that makes a bad dream, it’s the sense that something’s truly, horribly off, and that control is out of your hands. Bad Dream: Coma plunges you into a realm where things are rooted in reality but skewed enough that your discomforted just by being there.

Bad Dream: Coma’s hand-drawn aesthetic goes a long way towards selling the nightmare. Gameplay involves collecting and using objects to solve puzzles that range from the simple to the taxing. There’s some sort of logic in play, though viewed through the lens of a nightmare you have to be flexible with your thinking.

At one point you uncover a tiny, tiny crowbar and use it to dislodge a plank. The second time you need to get a plank, however, you have to track down a normal-sized crowbar. But you know what? I’m fine with that; with this being a dream, the puzzle has more right to exist than Gabriel Knight 3’s infamous cat-hair moustache.

What I did find a little off-putting was that there was no way to highlight clickable areas on the screen. The hand-drawn look is beautiful but the downside is that not all the actionable objects stand out. On a couple of occasions I ended up sweeping the screen to discover what I was supposed to do next, just clicking on anything I could. 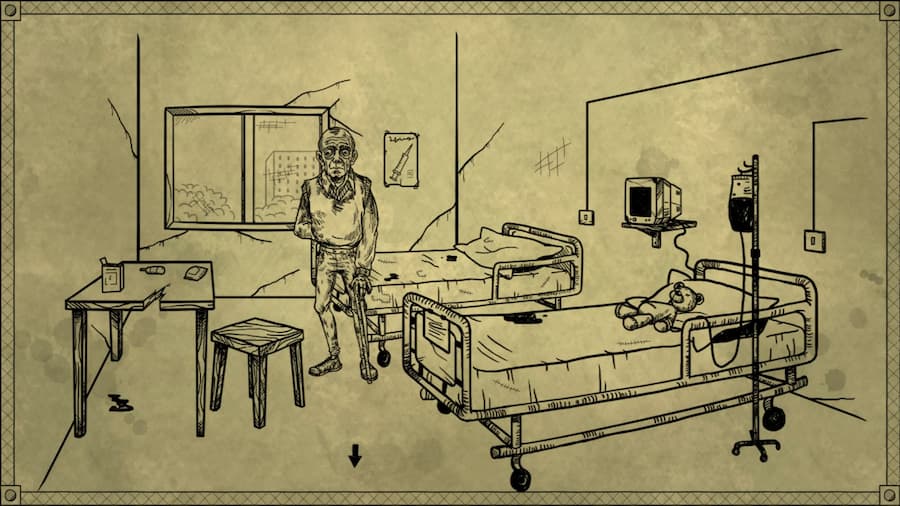 However, Bad Dream: Coma is so endearingly oddball it’s well worth putting up with the odd screen-sweep. The imagery ranges from the odd through to the utterly bizarre; yes, seeing a wide-faced clown fill your screen is creepy, but it’s the almost-normal elements that really stick in your mind.

For example, at one point you stumble across a pram at one point and discover a ‘baby’ inside; but reach out and it collapses into a broken doll. But, a few screens later, you discover that you’re not the only one trapped in this realm, which raises the question… whose nightmare did that doll come from? Is there some heartbroken mother out there who lost her child, being forced to relive her trauma?

Bad Dream: Coma isn’t a long game, but it will certainly leave an impression on you and with multiple endings, you’ve got every reason to revisit this sometimes thought-provoking, always offputting adventure. From the art style to the way the nightmare world makes a mad kind of sense, you’ll be drawn into the dream from the moment you pick up the controller.