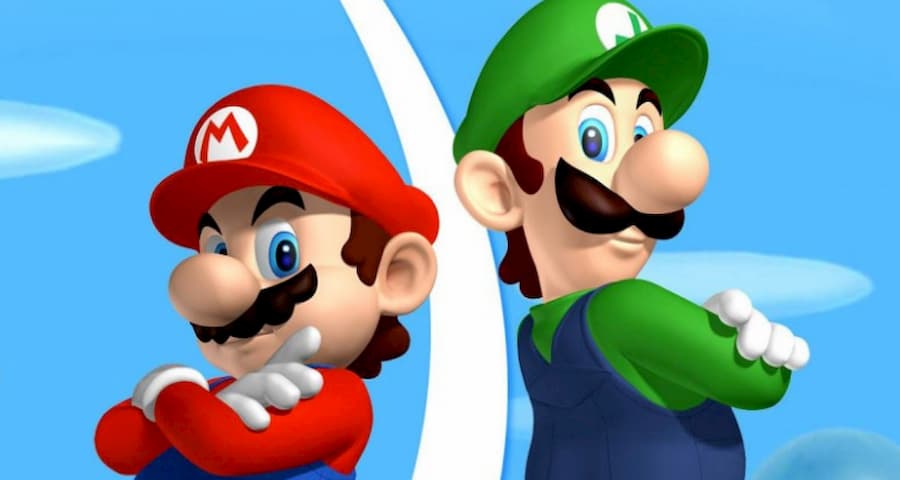 Mario always will have a place in our hearts.

And while the titular dungaree-wearing plumber may get most of the attention, he’s not the only good thing about the Super Mario franchise. His huge supporting cast of characters all deserve a special mention, too. We couldn’t help but think about the best Mario characters of all time and shine some light on some lesser-known favourites.

It was definitely a challenge picking out the best of the best and, of course, there’s many that didn’t make the list. Heck, every character in Mario is loveable in their own way. But these are the 10 we can’t help but love the most. 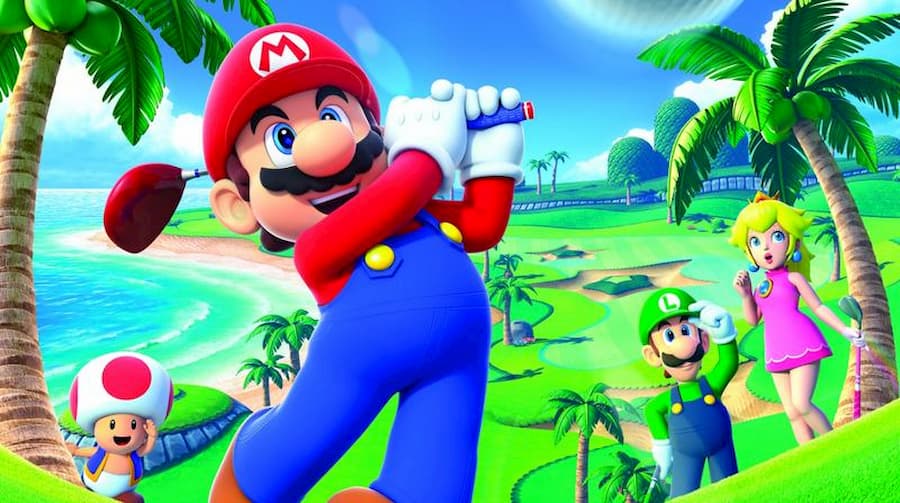 You can’t start a list of best Mario characters without first mentioning Mario himself. Talk about an iconic character. Someone who pretty much everyone on Earth recognises. Our grandparents probably know who Mario is. He’s basically the face of Nintendo, he has a national holiday – Mario Day on March 10th – and he can clean out your toilet’s pipes if you’re interested in that.

What we really love about Mario is how he inspired the rest of the franchise. Mario Kart and Mario Party are brought out at family gatherings internationally year round. Players are even able to make their own Mario adventures in Super Mario Maker. He’s an icon, a legend, and we love you Mario. 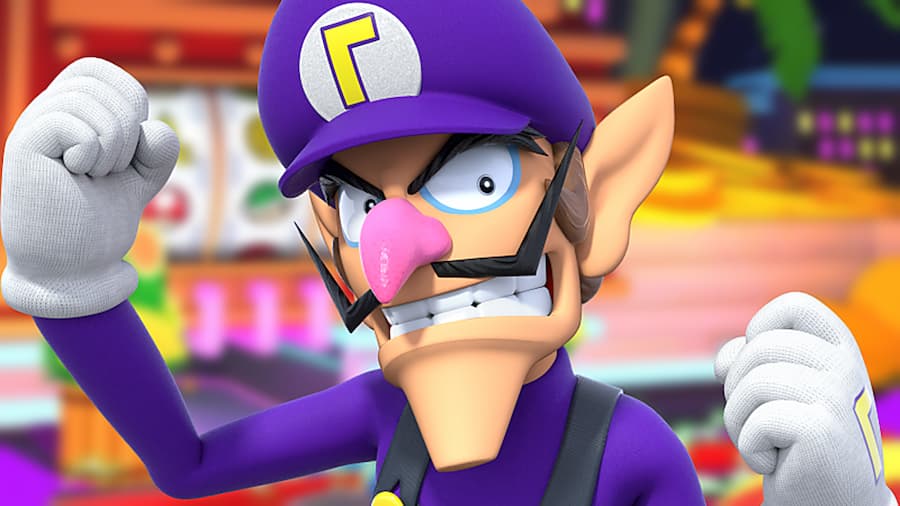 On the other side of the Mario-verse are the Mario villains. The reason we chose Waluigi over Wario as one of the best Mario characters is purely for the sake of memes. In recent years Waluigi has become quite the household name in regards to memes. Ladies have been dressing up as sexy Waluigi for Halloween and folks use Waluigi’s signature “Wah!” sound for all kinds of funny shenanigans.

Of course, much like Luigi himself, Waluigi is still a bit underappreciated. First appearing in Mario Tennis back in 2000, Waluigi is a semi-common household name and we hope that he continues to be appreciated for his raw magnetism and good looks. 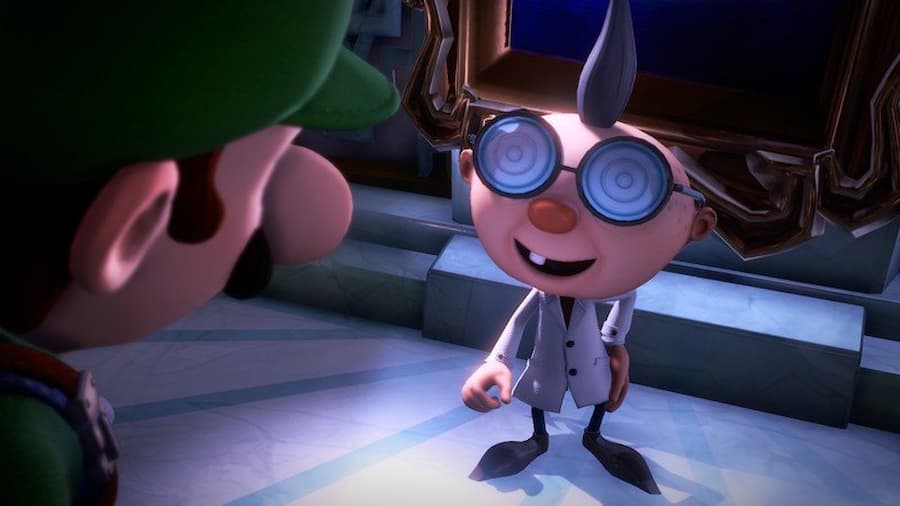 Professor E. Gadd is a well-known character from the Luigi’s Mansion franchise. Unlike Luigi who occasionally says phrases like “Oh nooo” or “Mariooooo,” Professor E. Gadd speaks mostly in gibberish. This gibberish is said to have been inspired by the Animal Crossing gibberish that the characters speak in game.

The reason we’ve included the professor on our list is because, let’s face it, he’s a bit of a wild card. You never really know where he’s going with his points and he also doesn’t care that Luigi is a scaredy cat. He’s going to make him go out there and capture all those ghosts anyway. Talk about an encouraging grandpa. 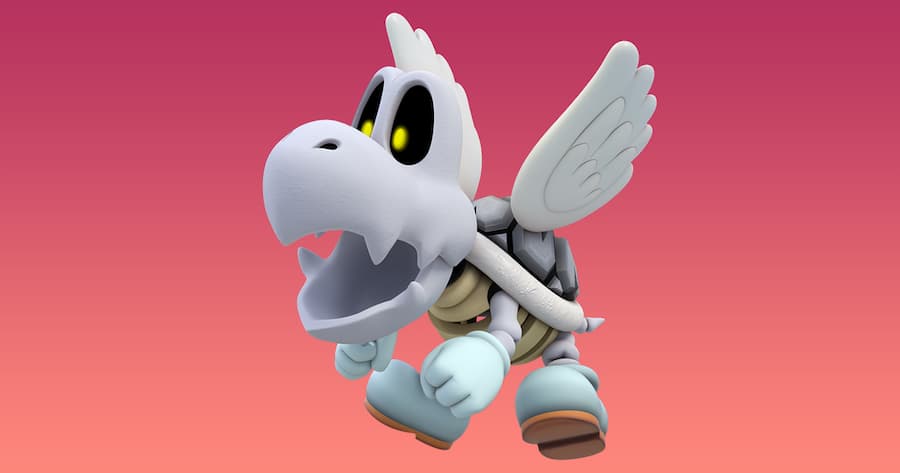 We still haven’t completely decided if we’re disturbed by the existence of Dry Bones or not. The “Undead” version of a Koopa, Dry Bones first appeared as an enemy in Super Mario Bros. 3. He has since become one of the best Mario characters of all time. People love when he gets excited and his head sometimes comes off and can bounce around.

Thankfully, even when stomped on, Dry Bones is able to reconnect his parts together making him an unkillable entity in our eyes. We don’t know what kind of world Mario is living in but if skeleton turtles are a thing – we’re all for it. 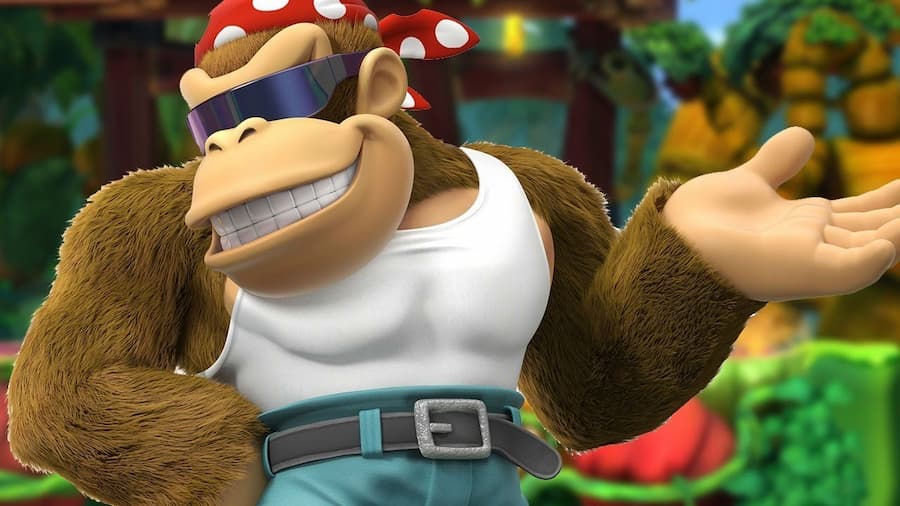 Definitely an underappreciated character is the one and only Funky Kong. Just look at this glorious creature. Bandana, white tank top that you can see his massive pecs through, 80s–inspired sunglasses and, last but not least, jeans with a sparkly belt. We don’t mind saying it, so here it is: Funky Kong is *chef’s kiss*.

Funky Kong first appeared in Donkey Kong Country and is often seen holding a boombox like he jumped right out of the 80s. Funky Kong is basically the guy in school that everyone was in love with but only the sleaziest girls that smoked cigarettes ever got to go out with him. He might just start singing Grease Lightning if you stick around long enough. 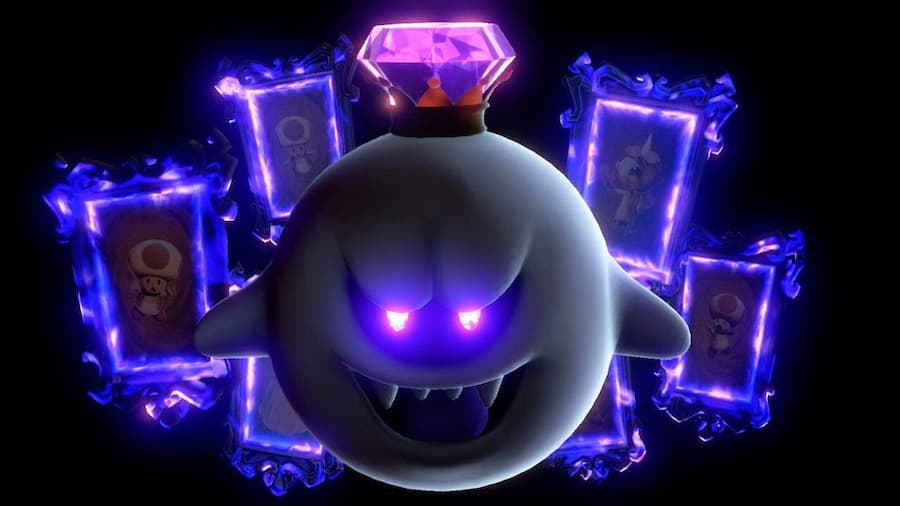 Another popular character from the Luigi’s Mansion series is King Boo. Devilishly cool and incredibly evil, King Boo is an ally of Bowser and arch-nemesis to Luigi. What makes King Boo cooler than your average Boo is that he has special magic abilities that make him quite a powerful foe.

King Boo is wildly more intelligent than both Mario and Luigi put together, but he always seem to get thwarted by them no matter how hard he tries. Having to work with idiotic dumb ghosts is the least of his problems when Luigi brings the Poltergust with him everywhere he goes. Sorry your royal highness, we hope you get that green menace someday. 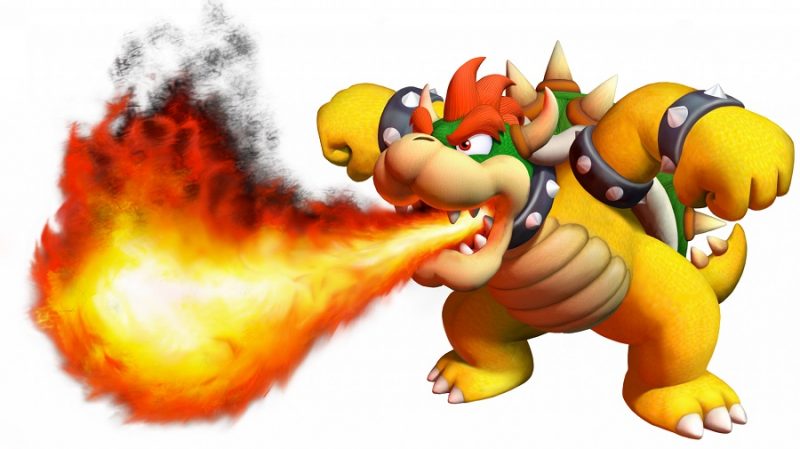 Ah, yes. The big baddie himself. The worst of the worst. The evilest of the evil. It’s Bowser. Some kind of dinosaur/dragon creature (?), Bowser is the most powerful nemesis in all of the Mario-verse. He is Mario’s direct arch-nemesis and for good reason: he keeps kidnapping Princess Peach.

In fact, we’re pretty sure that one or two of those kidnappings resulted in Peach realising what a stud Bowser is and they have a lusty affair. Just saying. If you’ve played Peach in Super Smash Bros. you know she can take care of herself. Why else would she get “kidnapped” so regularly? 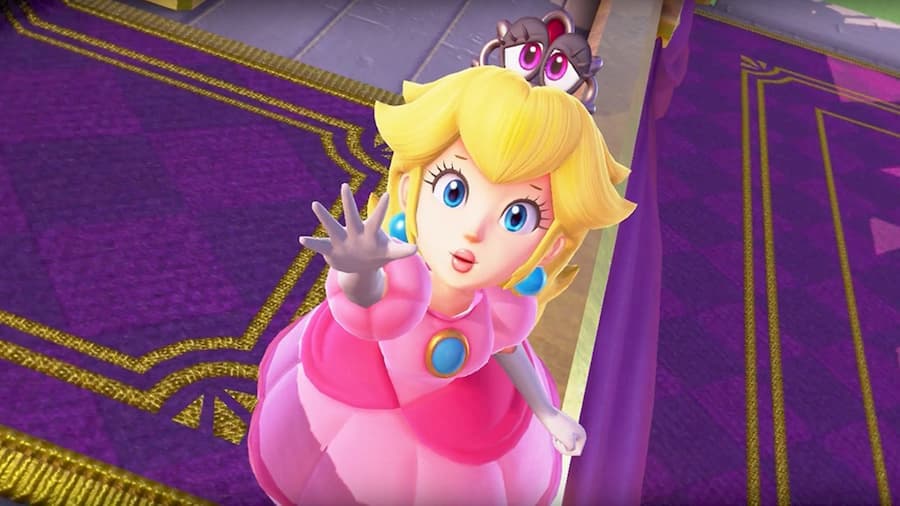 Speaking of Princess Peach, we couldn’t keep her off the list. Now we know that many Mario fans are team Daisy all the way, but we think Peach is the better of the princesses. While she is regularly the damsel in the distress, Peach also kind of kicks butt and looks great in a tennis outfit.

This might just be a coincidence but Peach is also a great NPC to have on your team in Mario Party. She’s limber, young and athletic. And while she is betrothed/married to Mario, we think, due to her previous track record with Bowser, we could get away with romancing her if we tried hard enough. Wink. 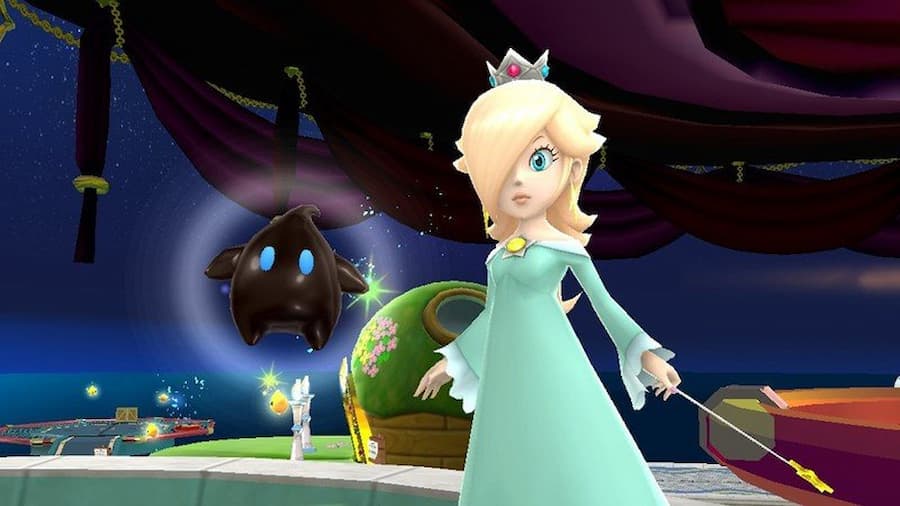 Arguably the best princess in the Mario franchise, if you’re not a fan of Peach like we are, is Rosalina. Rosalina first appeared in Super Mario Galaxy. She is a very important character in the Mario-verse because she is in charge of protecting the cosmos. No pressure eh, Rosalina?

She also takes care of the Luma species which are these adorable chubby little star characters, also seem in Super Mario Galaxy. We love that Rosaline is very independent, much different from the other princesses in the series, and she’s got that lovely mint green dress. 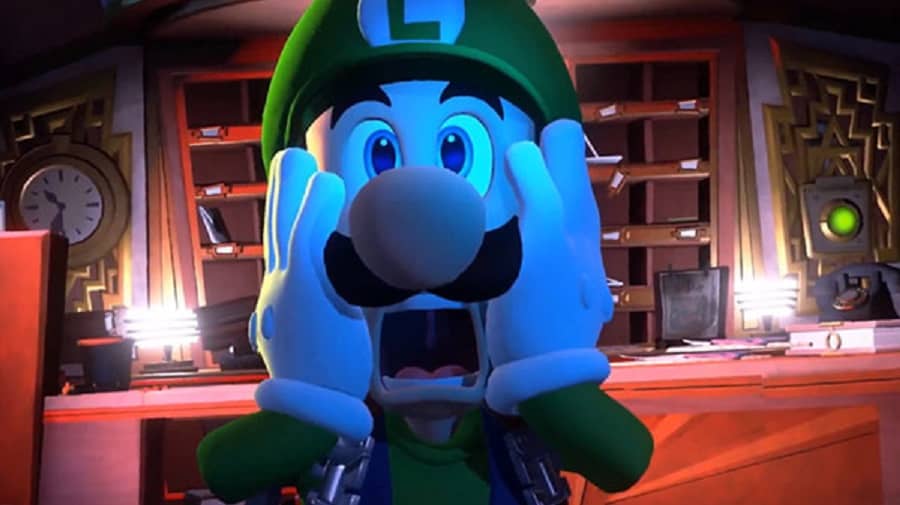 You thought we’d forgotten Luigi, didn’t you? Maybe we did, maybe we didn’t. Possibly we forgot to include him until the very end of the list or maybe we did it on purpose so you’d be convinced we forgot him altogether. But, no. Here he is – Green Mario himself. Of course the other iconic Mario bro had to included on our list.

Luigi is the younger of the Mario brothers and isn’t quite as heroic as his older bro. He’s often the sidekick of the story but he did get his own epic franchise in Luigi’s Mansion. Everyone pokes fun at Luigi but he’s a great guy and just as memorable and iconic as Mario himself.