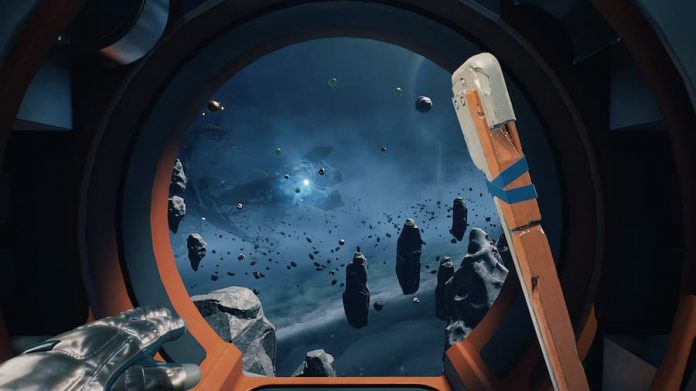 Reading Breathedge‘s description with its mention of an “immortal chicken”, you know you’re not in for a serious space sim.

But that’s what makes Breathedge so delightfully enjoyable. After being treated to a short cutscene that immediately pokes fun of itself, your first task at hand is to plug up a gas leak. Interact with it, and your hapless character rams his chicken in the pipe, head first. It seems to stop the leak at first, but then an ethereal voice-over reminds you that you need to stop the leak with something that doesn’t have holes. Looking back at the leak, it’s now escaping through your chicken’s butt.

It isn’t long until you find something more suitable for plugging up a gas leak, and once that’s done, you’re free to explore your small intergalactic safe haven or, if you’re feeling brave, venture out into the vastness of space. You’ll need to do the latter frequently, but before you can get very far, you’ll need to craft a series of tools and equipment to help you along the way.

You see, in Breathedge, you’re on your way to an intergalactic funeral. But on the journey, the spaceship carrying you and your grandfather’s ashes crashes, leaving nothing but a wreck. Thankfully, a small part of it has survived enough to ensure your safety. But you’ll need to venture outside, explore the rest of the wreck and what lies beyond, in order to get rescued. 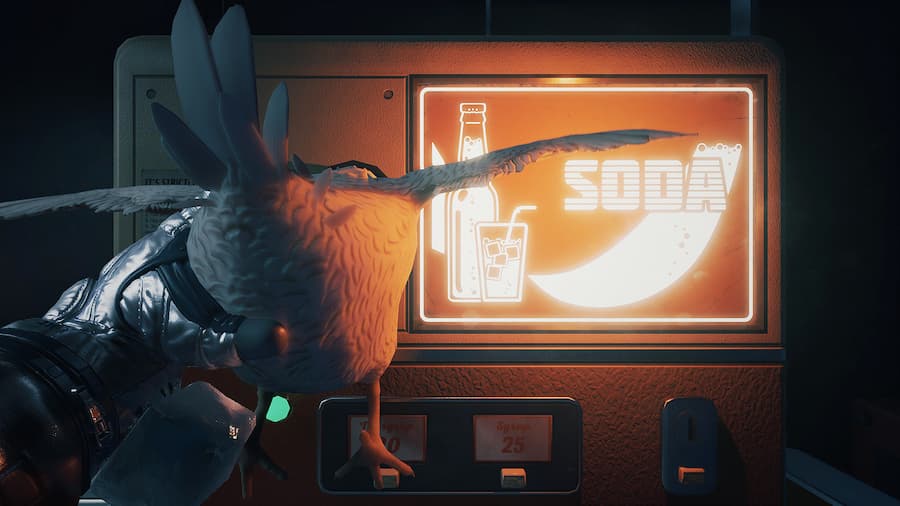 After giving you a few shorter goals to get you into the swing of things, Breathedge essentially leaves you to your own devices. You’ll fix up a receiver, which allows you to call for rescue. But to be rescued, you need to make your way to the rescue point. It’s way further than your current space suit and oxygen supply allows for, so you’ll need to set about getting better equipment.

By exploring the areas around you, and gathering the required materials, you’ll amass new tools, slowly but surely allowing you to push further into space. To begin with, your oxygen supply allows for only one minute outside of your ship, so you’ll need to spend that minute wisely and carefully. Running out of oxygen means your health will begin to deplete, and once that has been depleted, it’s game over. 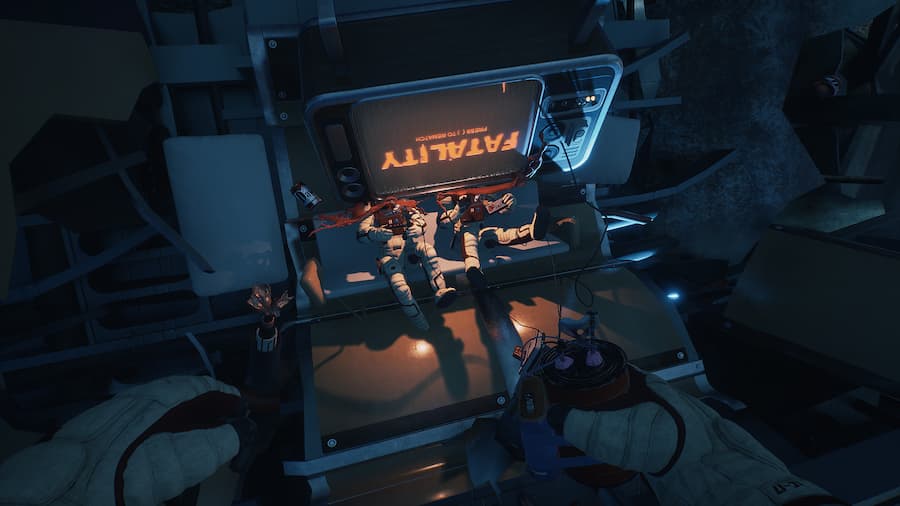 Of course, comedy remains at the heart of Breathedge, even if trying to stay alive is serious business Your explorations will uncover things like a giant, inflated condom – random, sure, but its discovery means you can now create an inflatable oxygen tank. Other stuff you come across – like a pair of dead astronauts playing “Mortal Wombat” are there just for comedic value. And your adventures remain accompanied by irreverent narration to ensure the proceedings are as silly as possible.

If you like your space survival simulators to be serious, it’s safe to say that Breathedge is not for you. But if you’re open to a bit of ridiculous comedy, like the idea of taking the reins and crafting your way to rescue, then it’s well worth a go. Oh, and it looks way nicer than a game about an immortal chicken in space has any right to, too.

Breathedge is available now on PC, PS4, Xbox One and Switch.