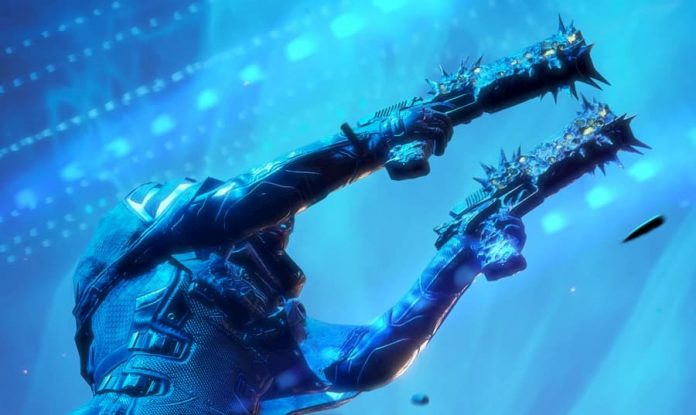 Outriders is a third-person looter-shooter developed by People Can Fly and published by Square Enix.

Surprisingly, while Outriders may look generic, it plays like nothing else out there. Despite being a cover shooter on the surface, the speed and intensity of the action is akin to that of DOOM Eternal. That is to say that while you can use cover, with most classes you’re coerced to get into the thick of the action, using your skills to take the fight to the enemy while healing yourself using leech skills. Needless to say it’s exhilarating from start to finish.

If you’re thinking of picking up Outriders, however, or have already done so, you might be wondering if you can play solo. And further to that, if you can play offline. Well, there’s good news and bad news.

The good news is that you can indeed play Outriders solo. While it’s undoubtedly more fun when playing with up to two friends in a small team, you’re absolutely fine to go solo if you wish. You won’t miss out on any content, but may find some encounters a little bit tricky. Though saying that, the game has a World Tier system that allows you to tweak the game’s difficulty if you’re struggling.

The bad news though, is that you can’t play Outriders offline. Perhaps so that people can’t cheat and give themselves the best weapons and items without any work, you always need to be connected to the game’s servers to play. And that means when the servers are down or experiencing troubles, even when playing alone you might come up against some issues or even not be able to play. It’s a shame, but that’s how it is.