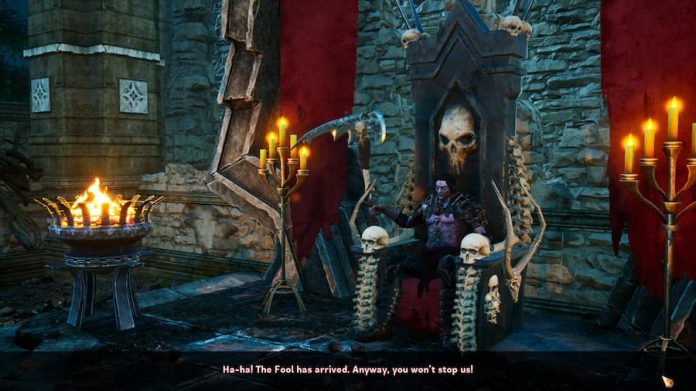 Demon Skin may have detailed, atmospheric and sometimes quite frankly beautiful 3D visuals, but it’s an old fashioned game at heart.

A hack-and-slash adventure with plenty of platforming to be done, Demon Skin harkens back to a time when games were simpler – when they were free of massive open worlds and other kinds of bloat. But that doesn’t mean that it’s entirely free of any modern day trappings – its combat system is far deeper that that found in any game from yesteryear, for example, and while there are many distinct areas in the game, they flow into one another rather then being presented as levels. It’s just a shame that, on the whole, everything here is just rather clunky.

Taking control of a nameless Wanderer, just one of a mighty order, you’ve been transformed into some kind of demon after interrupting a sinister ritual. So of course it’s up to you to fight in order to restore his former self, and if you manage to thwart the forces of darkness while doing so, that’s a bonus. But it’s not going to be easy. As you traverse a land stricken with evil, you’ll have to fight the undead, oversized creatures and whole lot more, all the while overcoming a myriad of troublesome traps and other environmental hazards.

The brutal combat at the heart of Demon Skin takes a while to warm up to. With whatever weapon you have at hand, you can strike straight ahead, up high, or down low. That’s important, as some enemies will be shielded from attacks from certain directions, so it’s up to you to circumvent their defences. Giving you more to think about, however, is the fact that you can also change your stance, allowing you to deflect incoming attacks. So, if you see that an enemy is readying up a high attack, you can switch to your high stance to block it, and then perhaps follow up with an assault of your own.

The trouble is, with your stance being controlled by the left analogue stick, which is also tied to your movement, it’s not always easy to quickly get into the correct defensive position. The stance system suffers from somehow being both too clunky and too sensitive at times. But that’s Demon Skin in a nutshell: rather clunky. Your attacks don’t quite flow as you feel they should, and to simply turn around to face another direction, you either need to press a button or flight the right analogue stick. It makes diving through enemies to avoid their attacks perhaps less advantageous as it should be, as you struggle to then turn around in time to capitalise on their exposed rears. 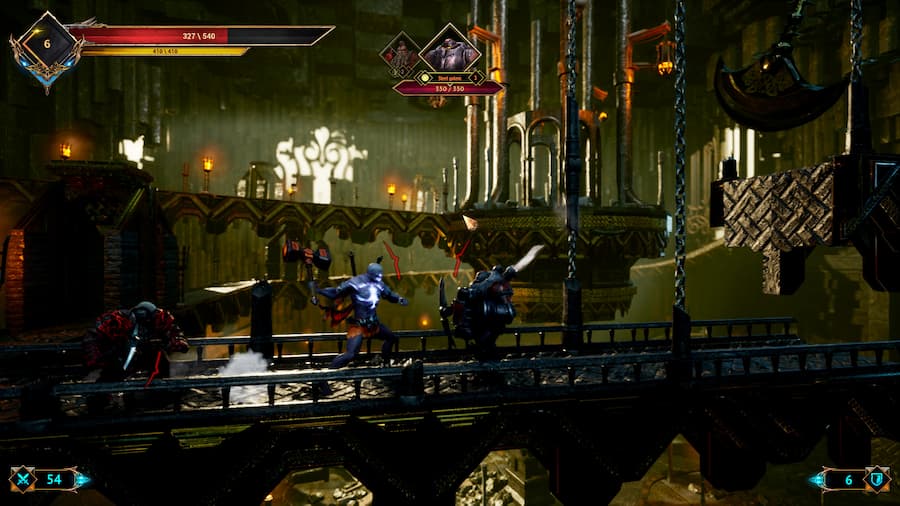 In time though, you get more accustomed to Demon Skin‘s clunkiness, and while it never becomes a true delight to play, to does have a certain charm. Wonderful enemy and environmental design draws you in, and you do feel a sense of achievement when you overcome a powerful foe or go off the beaten path and uncover valuable treasure. There are many weapons and upgrades to be found as you journey through the game, as well as a levelling system that rewards you with skill points. You can distribute them to attack, health or stamina, allowing you to develop the Wanderer as you see fit. Certain weapons can be used to perform special magical attacks, too.

Available on PC right now with a RRP of just £11.39/$14.99, Demon Skin provides around five hours of challenging hack-and-slash fun should you get on with it. There’s 10% off if you buy it before 20th April too. It’ll also be available on PS4, Xbox One and Switch later this year. It certainly won’t be to everyone’s tastes thanks to its clunkiness, but those with patience might enjoy its challenging combat and old-school charm. Though there is one more thing about it that will no doubt rub all players up the wrong way – its voice acting. My god, it’s bad. You can always just mute it though, or revel in its awfulness just like I did. 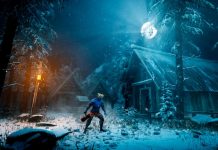