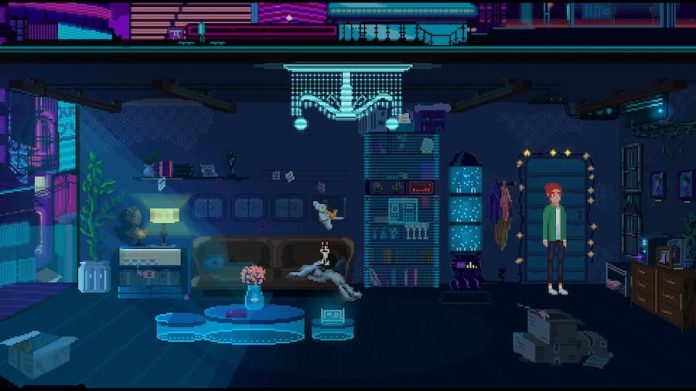 Don’t Forget Me is fun, but the opening half-hour doesn’t do it any favours.

This futuristic PC adventure casts you as an amnesiac who just happens to wander into a clinic that specialises in copying and later deleting memories. You end up employed there and, for that first half-hour, you mess around with a minigame that requires you to figure out and type in specific keywords.

The problem is, no-one bothered to shoehorn a thesaurus into the game so if you don’t get the right word you’re greeted with an angry red refusal.

One trigger relates to a patient’s demeanour; he’s was a little on edge when he comes in, so I typed “worried”. Wrong. Anxious? Wrong. Turns out “scared” was the word Don’t Forget Me was looking for. It reminded me of the bad old days of text adventures, where you needed to know the exact word the designer had been thinking of. \Infuriating doesn’t begin to cover it.

However, once you push past the first chunk, that mini-game rarely rears its ugly head and Don’t Forget Me becomes an altogether more appealing experience. It’s not the longest game in the world – you can finish it in between two and four hours if you rush – but it’s loaded with enough moral quandaries to slow things down while you consider the ramifications of your actions. 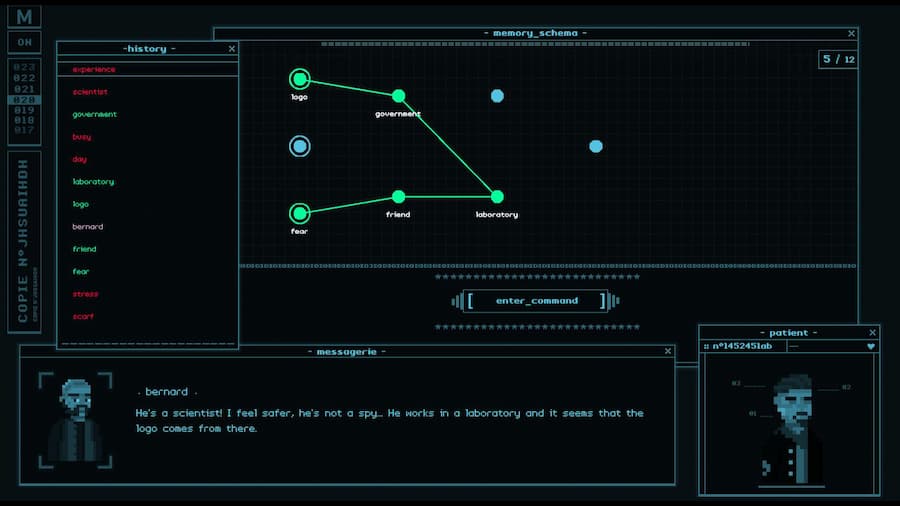 The wider story takes you out of the memory clinic and it is fun to be able to save the world, or at least prevent it from getting an awful lot worse. But it’s the small stories that make Don’t Forget Me worthwhile. Instead of the text-based mini-game, you end up roaming around in visual representations of their memories; there’s always an easy, quick exit, but there’s also the nagging sensation you’re missing something if you rush through each client.

After all, how do you know your clients aren’t lying to you? And even if they are, there’s so many other issues involved. Is it okay to erase the memory of a grieving client’s loss? What if your client has ruined someone else’s life? Should you take away the guilt, just because they promise they’ll be a better person? I’d happily pay for an expansion pack that introduced more clients just to have more dilemmas to deal with.

If you’re looking for an entertaining yet thought provoking game, Don’t Forget Me will be right up your street. Despite the rough start, it successfully delves into what it means to be human and how high technology can enhance or erode that.

Don’t Forget Me is available on PC via Steam right now.