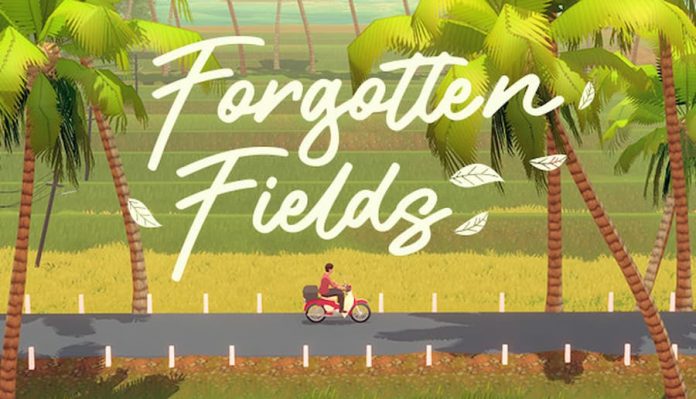 Saying goodbye to the past is a difficult thing to do.

As we get older there’s so much that we have to say goodbye to. Not just our old clothes and toys that we wore and played with as children, but bigger, more important things. Sometimes we have to say goodbye to the people we knew, places we used to visit, memories even. But saying goodbye isn’t always a bad thing. Forgotten Fields from developer Frostwood Interactive follows the story of a man who has to say goodbye to some things from his past. All the while, he’s struggling with a big project happening in the present.

Forgotten Fields introduces players to Sid. Sid is a struggling author. He’s had success in the past with his work, but he’s currently trying to write something new for a grant and the ideas aren’t coming. As players progress through the story they’ll discover some of what’s causing Sid’s anxiety and writer’s block – and it isn’t simply related to normal, everyday anxieties. Sid’s mother is selling and moving out of his childhood home and it feels to him like the end of an era.

Right from the start you’ll be introduced to a few of the people in Sid’s life and you’ll learn that he’s been a bit of a recluse. He’s been so focused on writing that he’s done little else for a long time. But a letter from his mother telling him that she’s selling his childhood home and inviting his friends over for one last dinner makes Sid actually get out of his house. As you play, you’ll also get glimpses into the story that Sid is trying to write. You’ll go so far as to play as his story’s protagonist in a story-within-a-story scenario.

Forgotten Fields is mostly focused on narrative but there are some interesting little moments of gameplay in and among the conversations. Early into the game, you’ll try to sneak into an old man’s garden to get some keys that a neighbour accidentally left there. Misclick and you’ll trip into the garden and get caught. Later on, the wind will blow away your aunt’s laundry and you’ll have to go collect it. These little bits aren’t necessary for the story but they shift the game from visual novel territory to more of an exploration/adventure game. 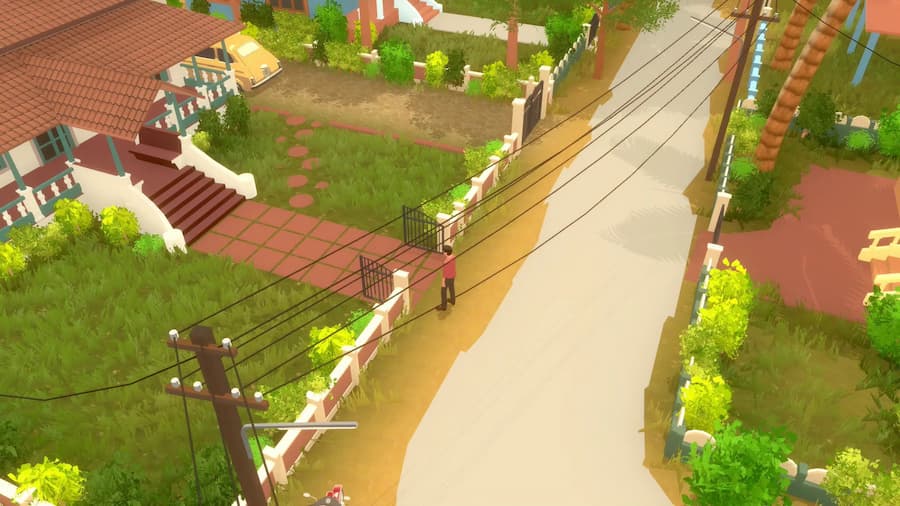 Unfortunately, Forgotten Fields has a lot of kinks to work out in regards to the gameplay. Walking around smaller spaces feels incredibly awkward; I found myself getting stuck on every single piece of furniture, rock or chicken in my way. There is also a short part on the beach where you have to navigate over some rocks and you have to take a few jumps. There’s little to no warning that you’re going to have to make a jump and if you miss it by a millisecond, you’ll fall into the ocean. There’s a handful more of these moments that caused more than a little frustration.

The characters also move awkwardly in the environment. When trying to interact with furniture in Sid’s childhood home I would try to go towards a cabinet and walk right through the table. I would pick up a tray of coffee cups and carry them around sideways as if I wasn’t worried about the liquid spilling out. Characters’ necks twist in disturbing ways when they try to look sideways or downwards. These are all elements that pull players right out of the moment and keep them from taking the story seriously. 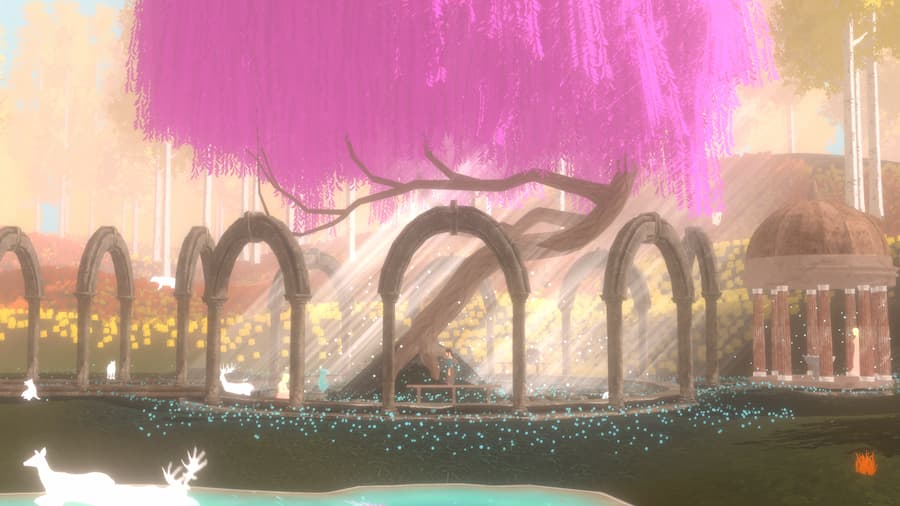 It’s a shame, because Forgotten Fields’ story is pretty interesting. We’ve all been there, realising that we’re losing a piece of our past, and trying not to let go of moments and memories that meant something to us. The more conversations you have with Sid’s friends and family, the more you’ll connect with him and understand his struggles as well as the struggles of the character within his story. These moments within Sid’s story are the real highlight; wandering around a fantasy setting trying to recover the main character’s magical powers is pretty fun.

I also really liked the game’s art style. The afore-mentioned graphical glitches aside, everything looks beautiful. The animation for the ocean when you’re at the beach is particularly impressive and the homes that you visit feel lived in, the outdoors are lovely and everything fits together cohesively. It’d be very easy to feel fully immersed in the world – that is until the character is meant to be laying on a bed and he glitches onto the floor and it looks as though his head is inside of a trash can.

Though it’s not a bad game, Forgotten Fields is hampered by more than a handful of technical issues. Prepare to glitch through furniture and objects as you try and make your way around this otherwise beautiful world. It’s a shame, because there are more than a few truly lovely moments, and you’ll likely find yourself relating to the game’s cast of characters. Perhaps wait until its bugs have been addressed, because there’s a good story to be experienced here.

Forgotten Fields is available on PC. We reviewed the game with a code provided by the publisher. 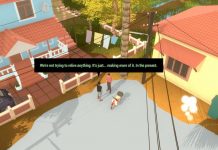 Forgotten Fields is Riding Onto Steam This April