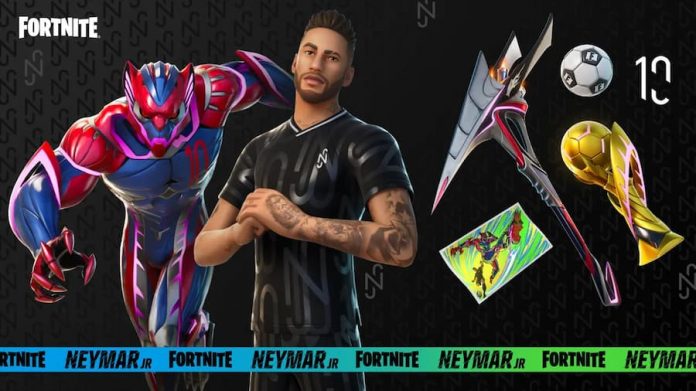 Why? Fame factor is our working theory, which means it can be only a matter of weeks before Resident Evil Village’s Lady Dimitrescu comes to the online shooter. In the meantime, as long as you’ve purchased Fortnite’s Battle Pass, you can play as the footballer from tomorrow.

He has four forms – two are regular Neymar Jr, the other two are “Primal” forms which basically means he dons his own Iron Man style armour with two different colour schemes. There will also be Neymar-related quests, including one which has you booting a football toy as far as you can, and you do need to complete quests to unlock at least one of those Primal forms.

There are also other tie-ins, quests and so forth, including a competition to win a “custom-designed soccer boot”. We’re not sure if this is a pair of boots or just a single one you’re meant to put in your Neymar Jr shrine, next to your life-size papier mache model.

You can find out more from Epic’s Game’s official announcement and jump into Neymnar Jr’s football boots from April 27th.