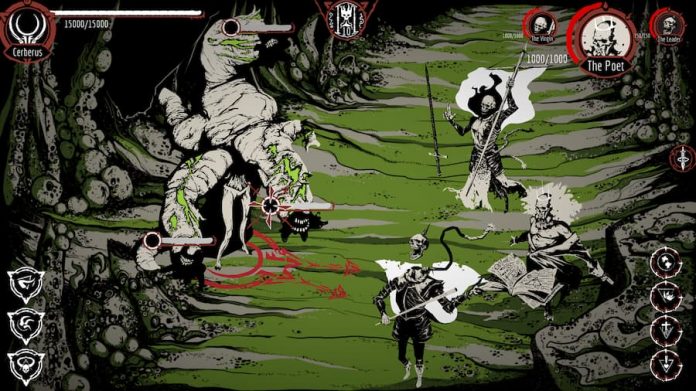 Nadir, a roguelike inspired by Dante’s Divine Comedy, is coming to Kickstarter this week.

No, that’s not “comedy” comedy; you’re not getting a laugh-fest about the horrors of hell. Instead, Nadir promises to be pretty gloomy, featuring characters, dubbed “Sins”, who are out for themselves and will happily trample over each other to get what they want.

And now creators Shockwork Games are bringing its monochrome misery to Kickstarter, with a campaign that will launch this Thursday. Their goal will be to raise 30,000 Euros, which will enable them to bring the game to PC, Nintendo Switch, Xbox One and PS4.

Alder’s Blood, a previous Shockworks title failed its first Kickstarter but a second Kickstarter succeeded in getting the title funded; hat title is now available on PC, Xbox One, PS4 and Nintendo Switch.

One of their stretch goals will involve creating a PS5 and Xbox Series X version, instead of just having next gen owners play the Xbox One or PS4 version. Others include adding voice-acting to Nadir, an expansion that will include conquering the heavens and more.

So if Nadir sounds right up your street, you can back it when it launches on Kickstarter this Thursday 29th April.