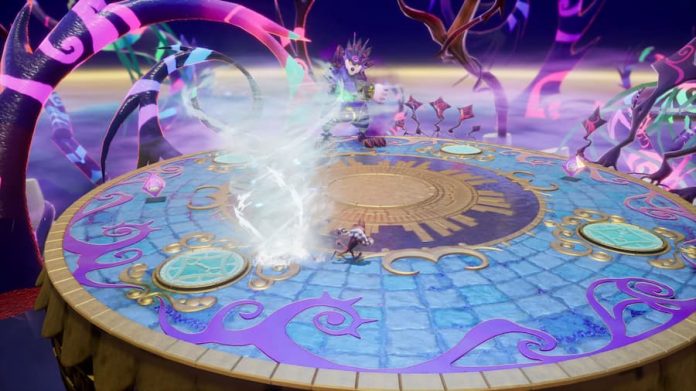 Operating from a hub populated by cute creatures called Tims, initially only one world is available in Balan Wonderworld. To unlock the rest, players need to collect Balan Statues that are hidden in the stages of each world, as well as rewarded for beating bosses and completing Balan Bouts with excellent timing. Collect enough Balan Statues, and 12 worlds eventually become unlocked, each one with its very own theme.

As you make your way through the game, you’ll find that each world in Balan Wonderworld consists of two stages followed by a boss fight. Upon completing all of the game’s worlds, however, a final boss fight opens up. Beat the final boss, and an additional stage becomes available in each world. In these stages, you have to choose three costumes to take in and there are no more to collect. Needless to say, they’re quite fiendish. So, overall there are 36 stages and 13 boss fights to conquer.