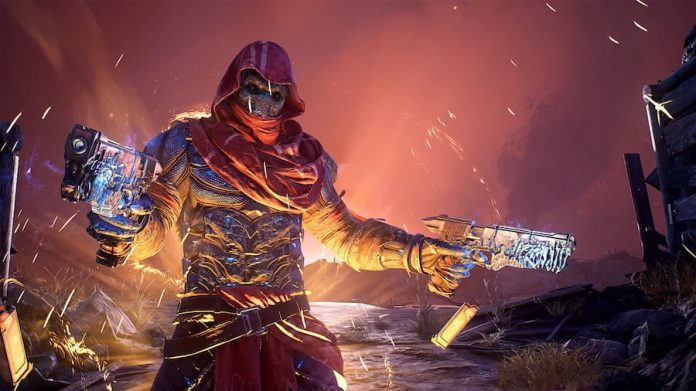 Want to change how your Outrider looks? Here’s everything you need to know.

The new looter-shooter RPG from Square Enix and People Can Fly, Outriders, casts you as a titular Outrider as you explore the dangerous terrain of a new planet. Battle-hardened and ready to fight, your hero looks hard-as-nails and ready for battle. But can you change their appearance? Yes – sort of. Here’s what you need to know.

When you first start Outriders, you’ll be given the chance to create your Outrider. You’ll choose their gender, set their skin tone, facial features and hairstyle. The options are unfortunately limited, but you can go some way to creating the character you want.

Outside of their face, however, the rest of your Outrider’s appearance is determined by the equipment they’re wearing. Each piece of equipment looks different from the next, and so what you’re wearing will depend on what you have equipped. And it’s wise to equip what items have the best stats, not what makes you look the coolest. Unfortunately, there’s no way (so far) to transmogrify the appearance of the armour you have equipped.

You can, however, change your face and hair appearance whenever you want. While at any of your base camps, interact with the dressing area, which is marked with a mirror and comb symbol on the minimap. There, you’ll be able to revisit the same character creator you saw at the start, enabling you to restyle your Outrider’s hair, face and make-up.