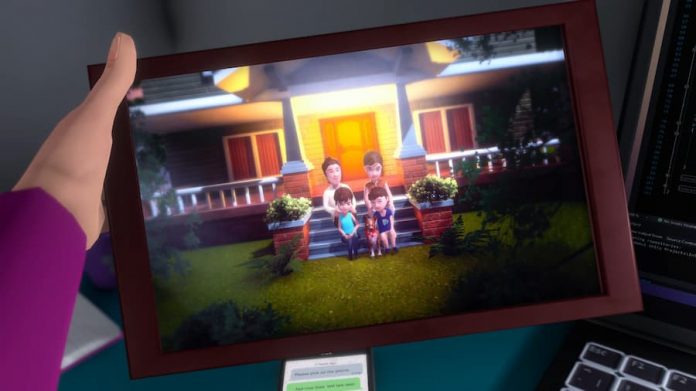 In My Shadow is a great puzzle game with a rather underwhelming story.

The latter will come as a surprise if you’ve seen In My Shadow’s trailer, since it paints it as an emotional journey through a woman’s recollections and regrets. The game does start off on a heart-tugging note, with your protagonist’s phone sporting messages from her parents, begging her to get in touch. What on earth happened to drive a wedge between them?

Well, having seen In My Shadow through to its conclusion, I still have no idea. It doesn’t help that, while the character models aren’t full-on nightmare fuel, they’re inches away from teetering into the Uncanny Valley. There’s no sense of progression to the story, either; the 50+ puzzle levels are chunked into four rooms which you’d think would be the cue to follow your protagonist from toddler to teenager. But it doesn’t quite pan out like that. Instead, events are all over the place.

That’s why I heartily recommend you eject In My Shadow’s story from your brain; skip every cutscene if you have to, you’re only missing out on valuable puzzle time. Because, stripped of its bafflingly lacklustre story, In My Shadow is a really entertaining puzzle game. It’s not the first game to mess around with shadows, but its difficulty is so well pitched that finishing a puzzle is supremely rewarding.

You flip between two modes – shadow and room. In room mode, you move objects in a 3D plane around, casting shadows on the wall. It’s not always clear where the light sources are, but the gist is that if you move an object away from the wall, the shadow size grows; movie it closer and the shadow size shrinks. Later levels also introduce rotating objects and have you casting shadows on two walls. 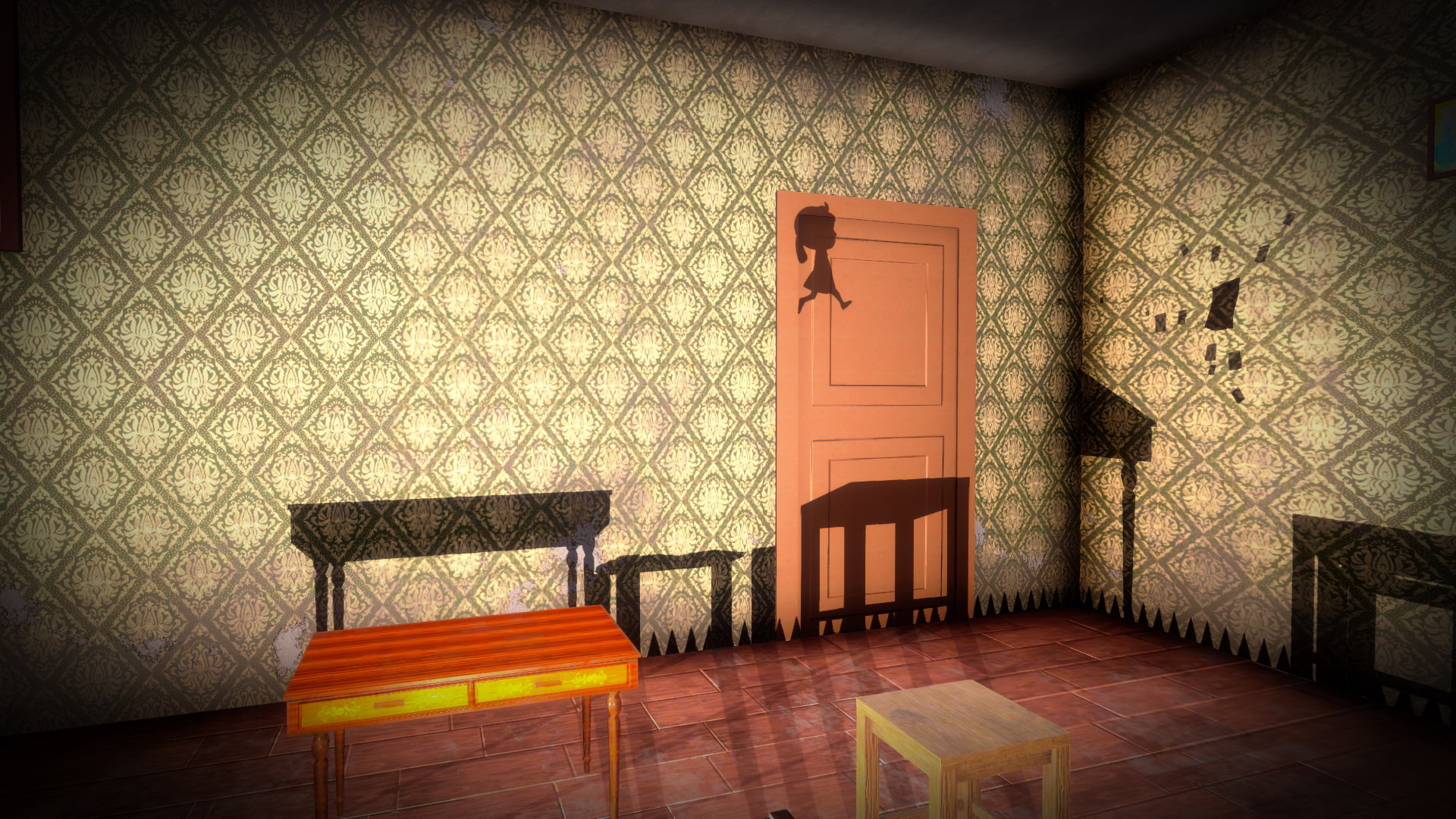 There’s no time limit, so you can mess around in In My Shadow‘s room mode as much as you want. When you’re ready, you’ll switch to shadow mode and take control of your protagonist, depicted as a girl made entirely of shadow, collecting pages as she hops along the walls. Obstacles such as spikes and circular saws put in an appearance and, very late in the game, you get to mess with portals. If she dies, it’s back to square one.

But being able to switch between the modes at will keeps the frustration factor low. You don’t have to skewer your protagonist on a spike if you can see things aren’t going to work. You can exit the mode, tweak positions, and try again. You can keep swapping items around until you’ve achieved success.

And success is so very, very sweet; quite often you’ll just be scratching your head at how to proceed when, suddenly, you’re hit with a brainwave. What if you try this… and… it works! There’s a small element of trial and error here, but as you cast your eyes over the walls, you’re constantly considering possibilities and mentally moving objects before testing your theory out. 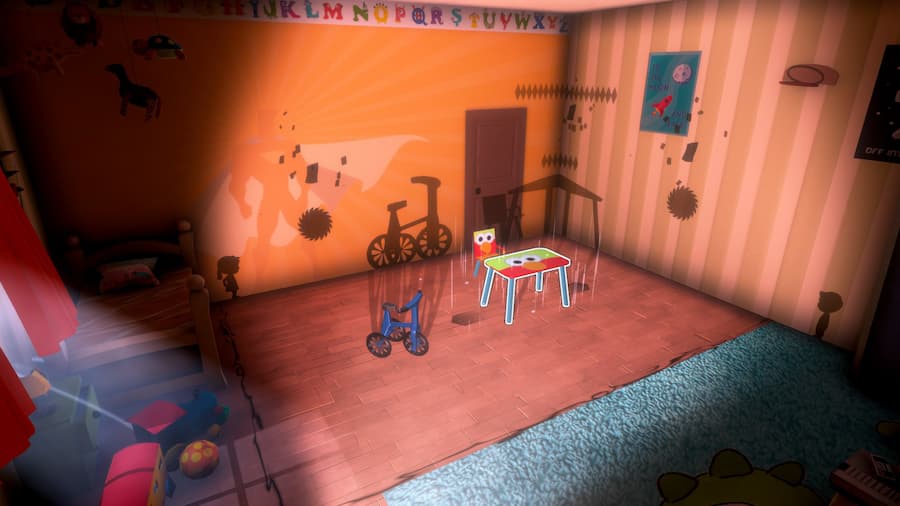 In My Shadow’s story may not be as charming as it thinks it is, but the levels are full of appeal, particularly when you get to mess around with bicycles and other toys. Just watching the shadows each object makes on the wall is oddly soothing, like Resident Evil 7’s lantern puzzles, minus the murder hillbillies. Mind you, you’ll still hold your breath when you leap by a row of shadow-spikes, unsure whether you’ve left quite enough room to clear it.

In My Shadow is only a few hours long, but it’s a lot of fun while it lasts, and having to think in different dimensions will keep you on your toes. As long as you ignore its disappointing story, you won’t regret picking up this brain-stretching puzzler.

In My Shadow Review: GameSpew’s Score

In My Shadow is available on PC. This review was facilitated with a code provided by the publisher.