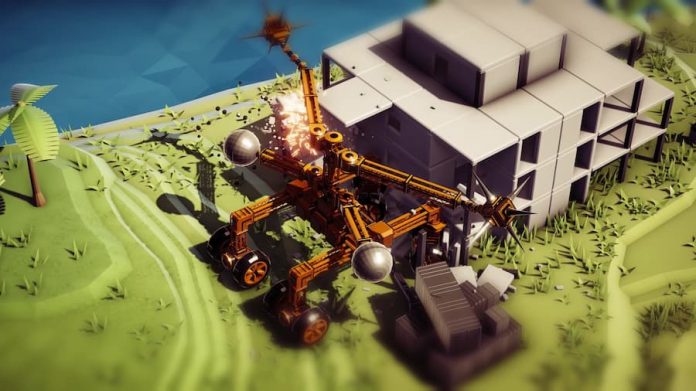 Instruments of Destruction is set to join Teardown as a slowly-growing genre of PC-based demolition games.

But whereas Teardown lets you get up close and personal with buildings, desmolishing them chunk by chunk, Instruments of Destruction takes a different approach. It’s all about designing machines to get the job done in as little time as possible, crafting a mechanical monster that can smash through a warehouse in thirty seconds flat.

“You can demolish every structure in the game piece by piece. In addition, every object you see in the game world–save for small decorative plants and rocks–is part of the physics system,” reads the game’s blurb.

Sound familiar? It should, because the game is being created by Luke Schneider, who worked on Red Faction 2 and Guerilla. We have fond memories of the original Red Faction, not just the game itself but also the level editor. It was a real joy to create huge structures and then just lay into them with rockets or anything else we could get our hands on. And, if Instruments of Destruction delivers, we’ll be able to annihilate buildings on a much bigger scale.

Unfortunately, it could be a year or two till the game’s final release. But the good news it’ll be available through Early Access later this year and you can wishlist it on Steam right now.