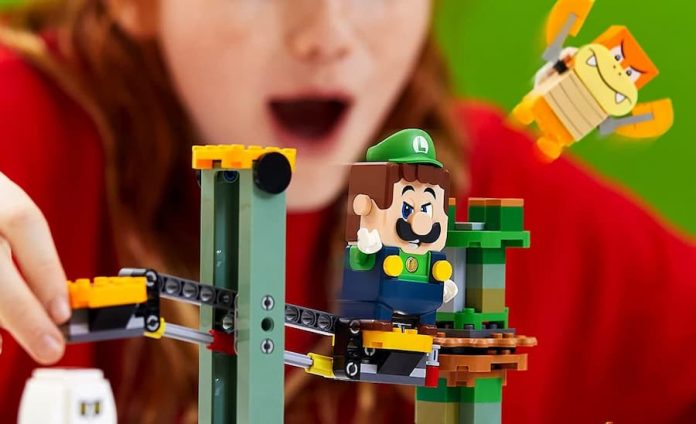 Thanks to a leaked product listing on Amazon China, it looks like a LEGO Super Mario ‘Adventures With Luigi’ set is on its way.

The listing, as spotted by promobricks.de, has since been removed, but provided several pictures of the set. 71387 Adventures With Luigi is a ‘Starter Course’, just like last year’s Adventures With Mario. It includes an electronic Luigi figure, a number of obstacles, a pink Yoshi buildable figure and two enemies – a koopa and a bone goomba.

It’s expected that Adventures With Luigi will release in July. The Mario Starter Course retails for £49.99, so we can expect this to be in the same price range.

It seems that if you own both Mario and Luigi, the figures will interact with each other. Recent reports state that the latest firmware to Mario has him asking for his brother. Exactly how that interaction will work remains to be seen; but it’ll be fun to see the little plastic pair talking to each other.

Our only reservation, however, is that, aside from a slightly different-shaped moustache and his green outfit, Luigi looks exactly like Mario. He doesn’t look anything like Luigi, who is typically much thinner and taller than his plump plumber brother. It makes sense that LEGO would use the same mould to create Luigi, but it’s disappointing more hasn’t been done to distinguish the pair. 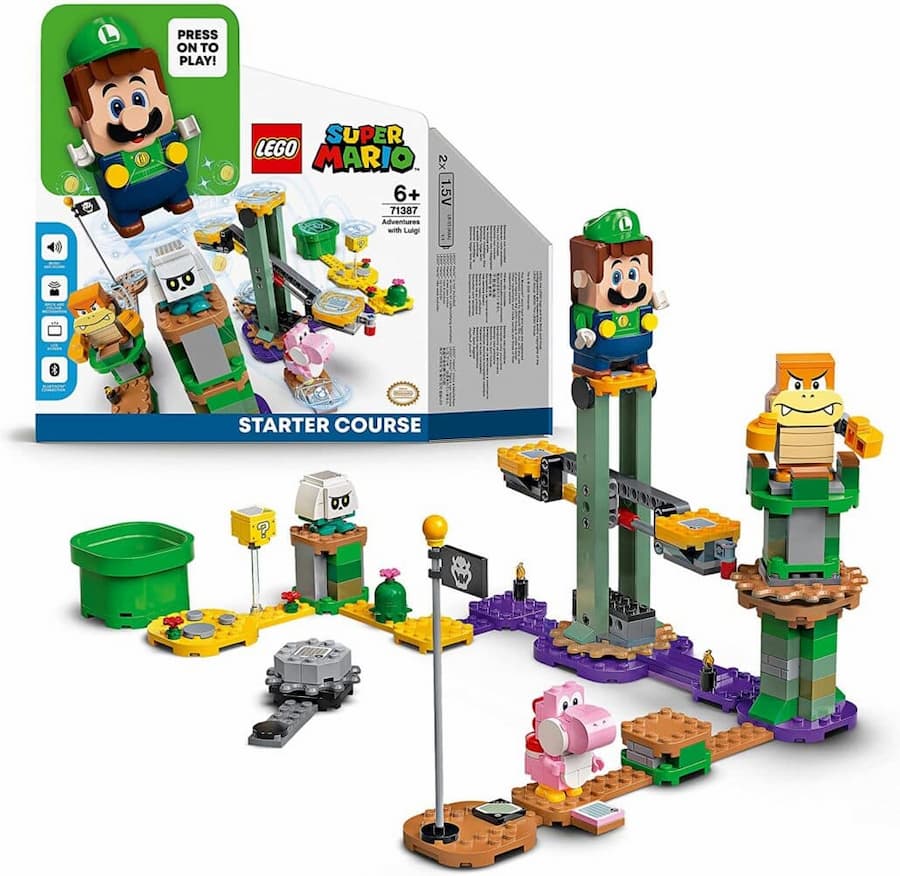 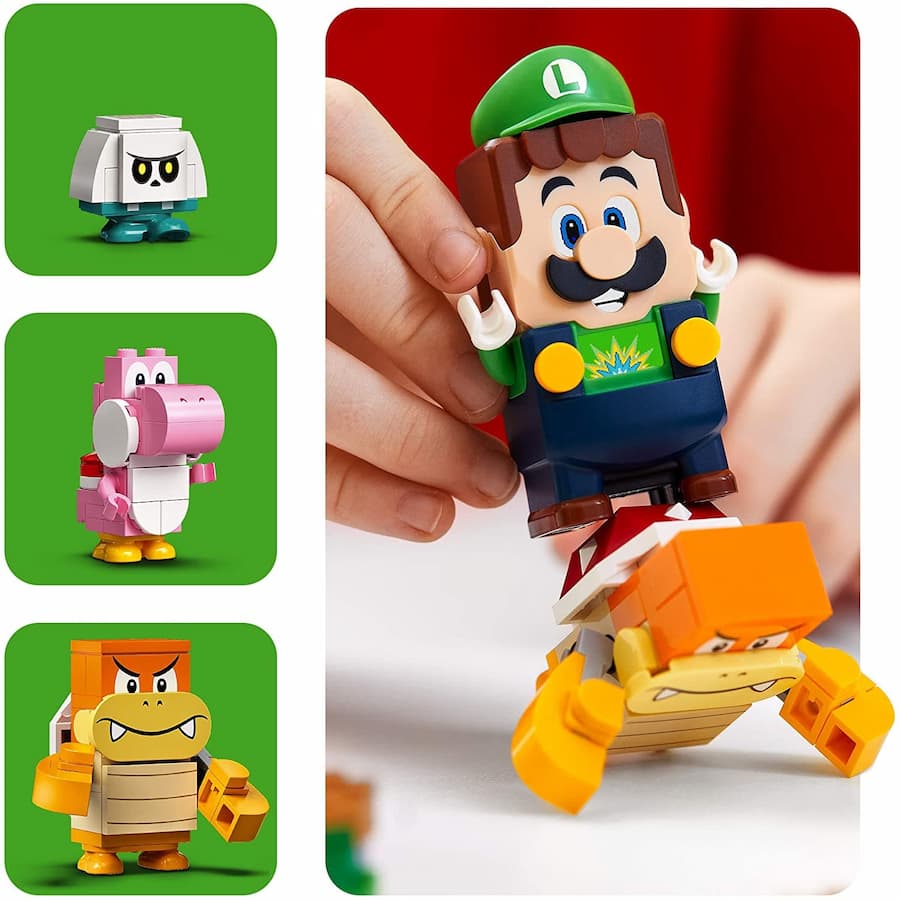 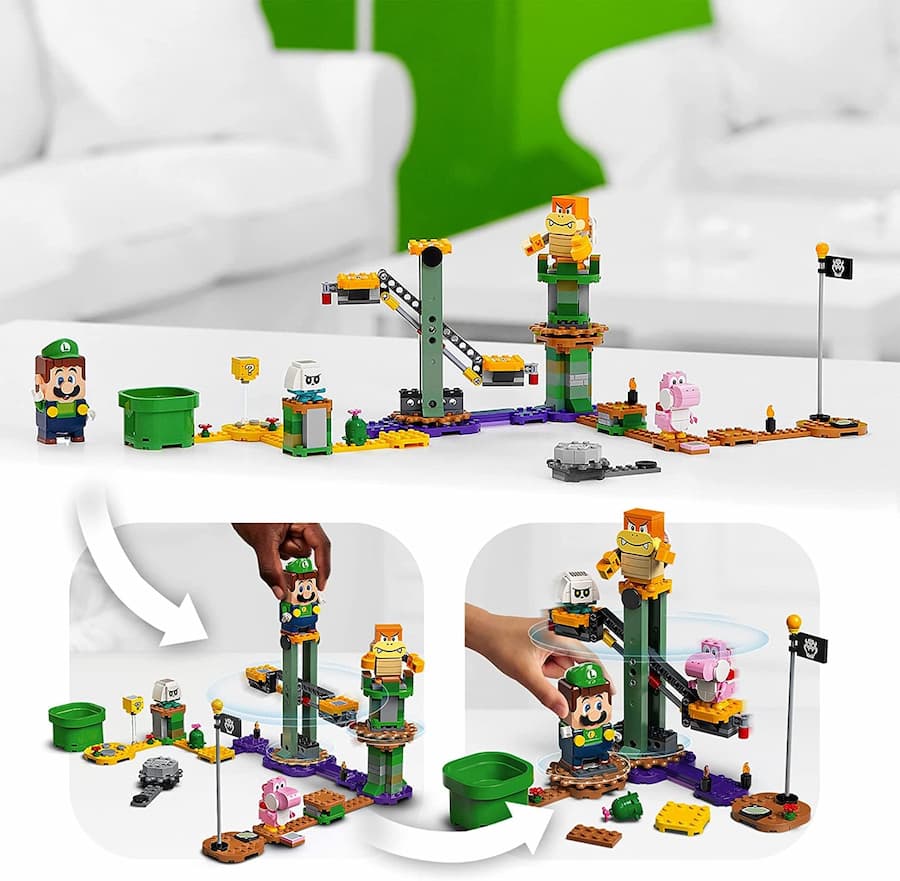 This article first appeared on ThatBrickSite.com. 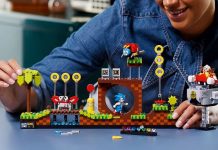