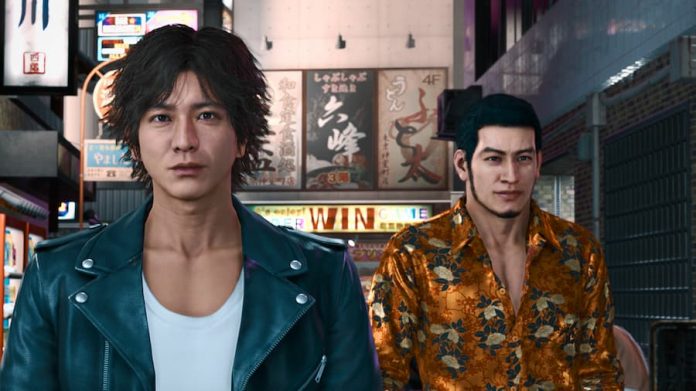 If you’ve never touched the wonderful Yakuza series before and are looking for a good entry point, Judgment is one of the best.

A spin-off, Judgment takes the Yakuza template and makes some considerable changes, but underneath it’s a Yakuza game through and through. The action still takes place in seedy Kamurocho, for example, but there’s a new protagonist in the form of Takayuki Yagami. Once a successful lawyer, he now runs his own detective agency, keen to get to the heart of the cases he works on. As a result, Judgment features multiple investigative elements, such as studying crime scenes and tailing people of interest. And just like in all Yakuza games, the story behind Yagami’s latest case snowballs until it’s something very grand indeed.

Originally released on PS4 back in 2019 (you can read our original review here), Judgment has now been remastered for next-gen consoles and Google Stadia. The result is enhanced visuals thanks to sharper textures and changes to lighting, a much smoother framerate, and massively improved loading times. Needless to say, all of these things make playing Judgment more enjoyable than ever. Getting from point A to B is more fluid, and beating up the Yakuza and thugs that challenge you along the way is more engaging. With loading times being so fast (we’re talking a couple of seconds at most), you never feel like the action is interrupted, either. You sit down to play, and you get engrossed in Yagami’s world, keen to solve the mysteries that fall onto his lap.

There are some minor content changes in this remaster, too. Pinball and Puyo Puyo side-activities are out, replaced with Virtua Fighter 2 and Outrun. I’ll leave you to decide whether that’s an upgrade or downgrade. In any case, Judgment features a wide variety of side-activities for you to get stuck into when you want a break from the main story. As well as the usual arcades packed with SEGA classics and the brilliant Kamurocho of the Dead, which is perhaps one of the best mini-games to ever grace a Yakuza game, there are the usual suspects such as darts and mah-jong. Unique to Judgment, however, are activities such as drone racing, and a VR-inspired game called Dice & Cube. They both prove to be entertaining diversions from the game’s investigative legwork and fisticuffs. 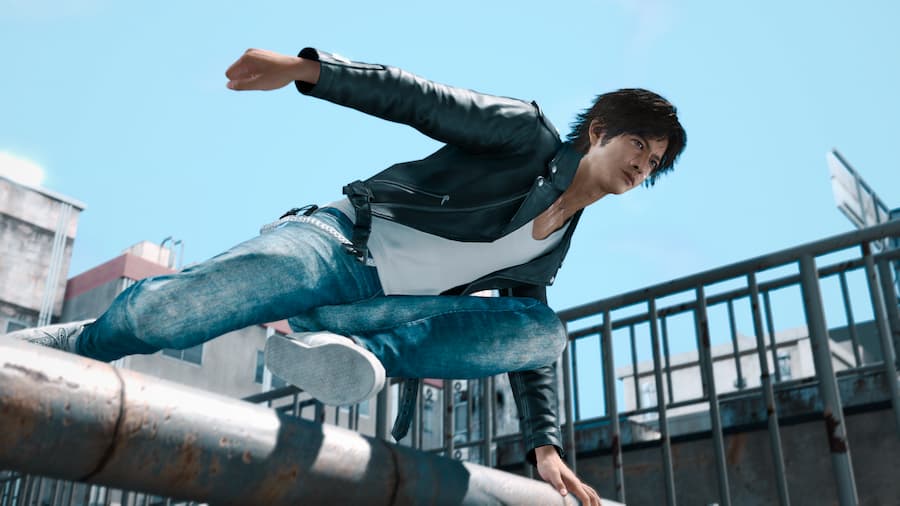 Of course, being a private detective, Yagami also has the choice of taking on side-cases while he’s trying to crack the huge mystery that forms the backbone of the Judgment experience. As ever, some of these are absurd, like one which tasks you with identifying a panty thief, or another that challenges you to chase down a man’s toupee that flies away in the wind a little too easily. It’s just a shame that investigative work often includes Judgment‘s weakest gameplay element, which is tailing.

Following NPCs is never particularly fun in games, and here the mechanics are very basic. There’s also the fact that the artificial intelligence of the people you follow isn’t always great. Maybe they’re meant to change their minds about where they want to go, but having them unexpectedly backtrack while you’re trying to closely follow them isn’t ideal. Sometimes they’ll also just stop, and you’ll be unsure if you’re meant to approach them or keep your distance. All in all, the tailing scenes are just a little too rough around the edges to be enjoyable. The saving grace is that they’re infrequent and never too long. 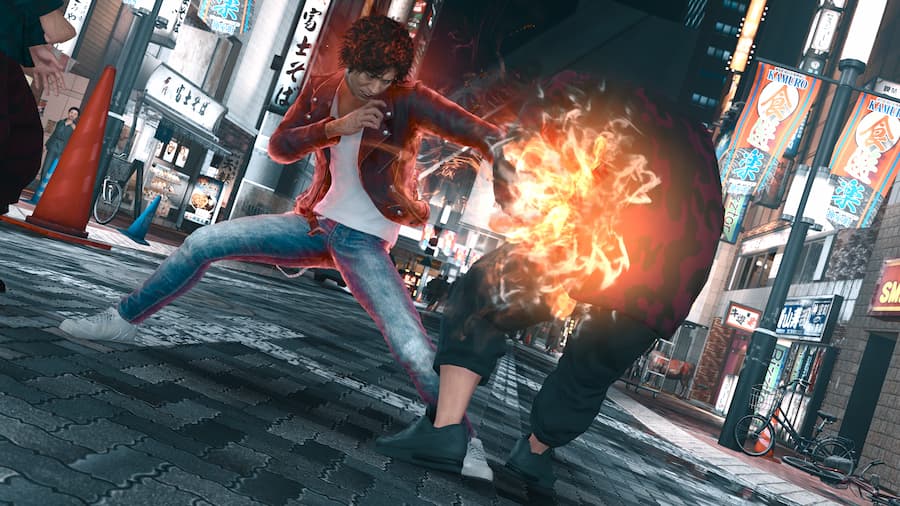 Thankfully all other investigative elements of Judgment are enjoyable, though perhaps equally as basic. Investigating crime scenes is just a case of looking around environments and zooming in on objects of interest, for example, while dialogue choices have little bearing on the game’s story other than you gaining some bonus SP if you ask the most important questions first. There are also a duo of minigames associated with opening locked doors, and you often have to do a little snooping with your camera-equipped drone. Chase sequences are perhaps the most exciting new addition, even though they’re essentially just quick-time events.

Ultimately, the gameplay tweaks found in Judgment manage to successfully differentiate it from the Yakuza series while still retaining the elements that have made it such a hit with fans. You have the hard-hitting combat, which is more more energetic than ever thanks to Yagami’s agility, an engaging story full of twists and turns, and a varied range of activities to preoccupy you in between meeting the story objectives. The investigative elements simply add to the variety that’s on offer, and make you feel more involved in the goings-on in and around Kamurocho. If you’ve already played the game on PS4 then there’s little here to warrant a replay. But if not, you should definitely consider picking Judgment up now that it’s available on more formats whether you’re a Yakuza fan or not.

Judgment Remastered is available on PS4, PS5, Xbox Series X/S and Google Stadia. We reviewed the PS5 version with a code provided by the game’s publisher. 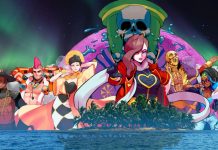 Paradise Killer is Out Now on Xbox and PlayStation, And It’s Heavenly