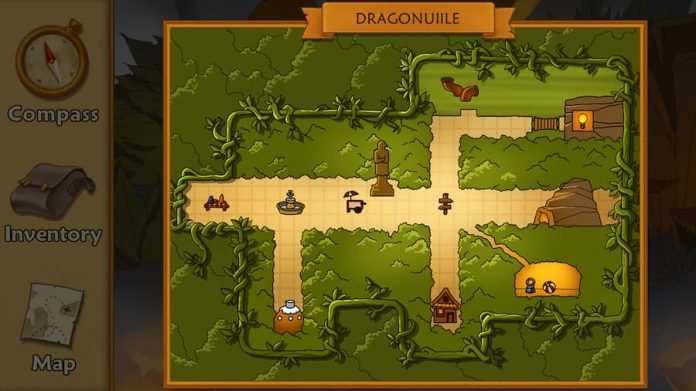 May’s Mysteries: The Secret of Dragonville is coming to the PS4, Switch and Xbox One, nearly ten years after it debuted on the Nintendo DS.

May’s Mysteries: The Secret of Dragonville is a puzzle game heavily inspired by the Professor Layton series, which features the titular May looking for her lost brother. The DS incarnation sports 250+ puzzles and was reasonably well received on its release. Now, thanks to developers Klabater, it’s coming to the PS4, Switch and Xbox One in full HD.

Curiously, there’s also an iOS and Android version in the works, being handled by Fredbear Games, an entirely unrelated company. As for the PC? May’s Mysteries hit the PC roughly a year after it launched on DS, back in 2011, so PC gamers have had their hands on it for a while.

So why port it to consoles now? Probably because there’s a gap to fill; the main Professor Layton series ended some time ago and, while the spin-off, Layton’s Mystery Journey, was ported to the Nintendo Switch two years ago, there’s been not so much as a sniff of a sequel.

There’s no definite release date, but May’s Mysteries: The Secret of Dragonville will be arriving on Playstation 4, Xbox One and Nintendo Switch later this year.