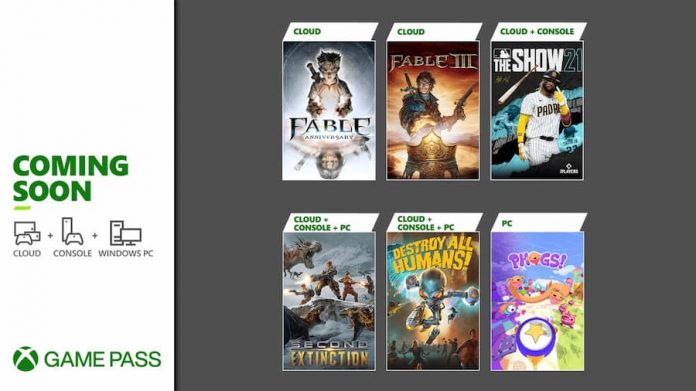 Microsoft has unveiled a second wave of Xbox Game Pass games which will be arriving before the end of the month.

The new titles are as follows:

Of these titles, Fable Anniversary and Destroy All Humans (a remake of an earlier PS2/Xbox game) stand out as particularly worth playing. But there are now so many titles on Game Pass that, provided you subscribe to the service, there’ll be something there to take your fancy.