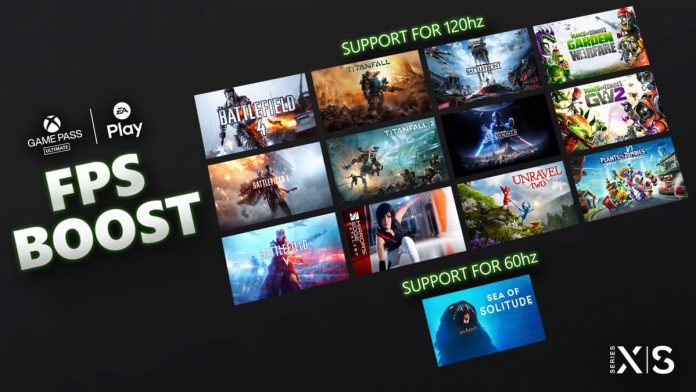 Some of your favourite EA games are about to play better on Xbox Series X/S, thanks to Microsoft’s own-developed FPS Boost technology.

First announced back in February when it was rolled out to a handful of games, FPS Boost is a hardware-based feature that “employs a variety of new methods for nearly doubling (and in a few instances, quadrupling) the original framerate”.

It’s been developed by Microsoft’s backwards compatibility team, who has spent years working hard to improve performance of Xbox and Xbox 360 games on newer hardware. And now that same technology is being further enhanced to allow Xbox One games to perform better on Xbox Series X and S.

From today, 13 EA games, available on Game Pass Ultimate as part of EA Play, will now benefit from FPS Boost. Those games are as follows:

There is a catch to blisteringly improved framerates, however. In some cases, a boost in FPS has meant a reduction in resolution. That’s not for every game, but some games will have FPS turned off by default. You can manually turn on FPS Boost if you favour performance over resolution.

You can read more about FPS Boost, and see a full list of games utilising the feature, on Xbox Wire.