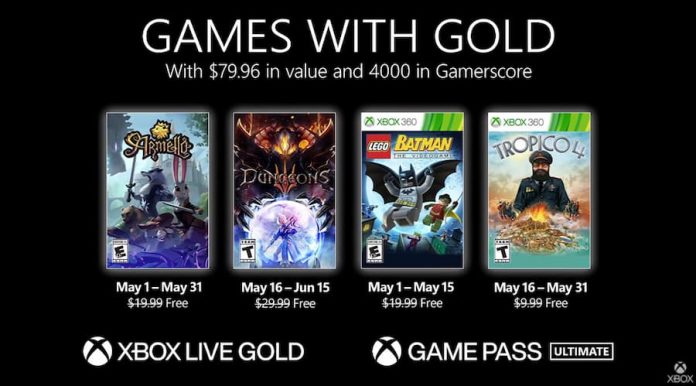 This month’s titles are as follows:

Thanks to backwards compatibility, all of these titles are playable on Xbox One and Xbox Series S/X. Armello in particular is well worth playing; in our review we noted it was “a fairly easy game to learn, but a very hard game to master”, awarding it an excellent 8 out of 10.

The other three are also fun though we have reservations about Tropico 4; not because it’s a bad game but, around that time, Xbox 360 strategy games weren’t all that great at using the gamepad.

The games are only available through specific release windows, as listed above. Choosing to download one, even if you cancel the download halfway through, is enough to attach the title to your account in which case you can re-download it later.