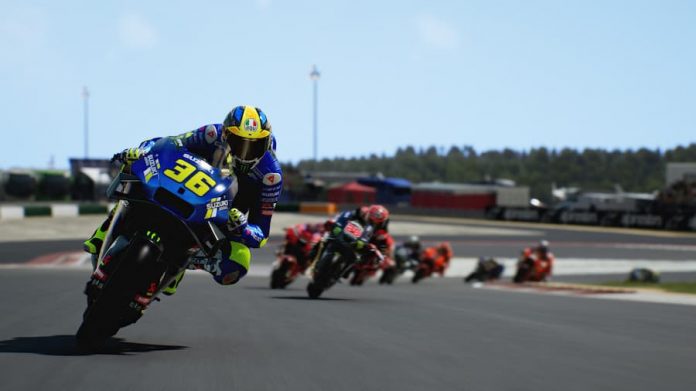 While COVID-19 has already caused the MotoGP 2021 season its fair share of trouble, you can at least get stuck into Milestone’s MotoGP 21.

Year after year, Milestone pumps out licenced MotoGP games like a well-oiled machine. In between updates to teams and the like, features are added or at least tweaked, while the feel of the bikes edges ever closer to perfection. And so it should come as no surprise that MotoGP 21 is yet another step forward for the series. Even better, it’s available on next-gen consoles for the first time, allowing for both sublime visuals and performance.

So, what’s new in MotoGP 21? Quite a bit, actually. The Long Lap Penalty makes its debut, adding a few seconds to a racer’s lap at the behest of the stewards. Drive fairly and you won’t have to worry about it. Another new feature is the option to have to recover your bike after a fall, rather than you magically being spawned with it. Only hardcore fans might want to enable it as it does make falls rather more costly, but it certainly adds some additional realism to the action.

Perhaps the biggest new addition, however, is the implementation of a tutorial mode. Thanks to a helpful selection of assists, the MotoGP series has always been somewhat kind to newcomers, but it still left them in the dark regarding some gameplay aspects. The new tutorial mode, accessible from the main menu, allows players to get fully on board with MotoGP 21, making this the perfect entry point for those new to games or the sport entirely.

Of course, MotoGP 21 still features an array of assists and toggleable features in order to allow players make the experience as easy-going or realistic as they like. Bike damage, tyre wear and fuel consumption can be enabled or disabled, for example, and so can the game’s rewind feature that allows you to handily correct mistakes. When it comes to assists, you can now select from three levels of help when it comes to acceleration and braking, too. It may take a little bit of trial and error, but there’s a perfect combination of settings for everyone. 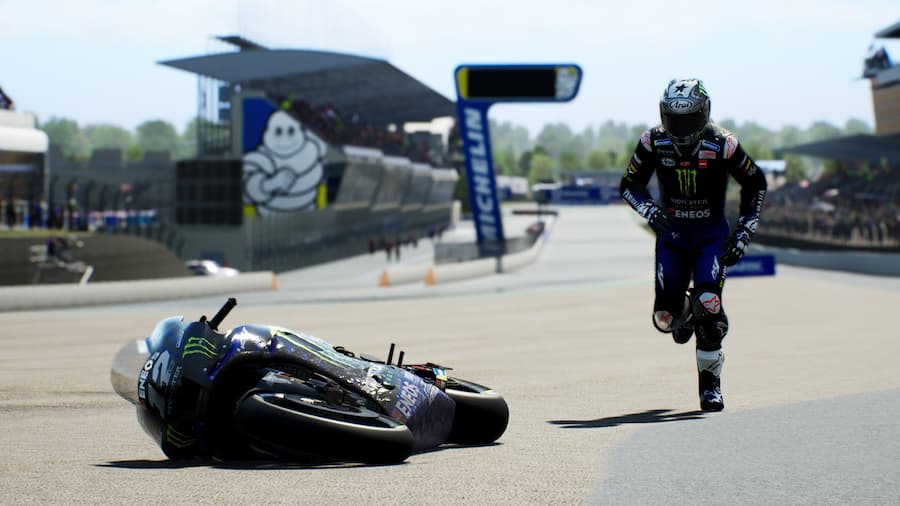 On the track, the bikes feel better than ever, perhaps due to tweaks to the game’s suspension system. Advancements in other areas, such as AI, also make races feel more tense and authentic. You get feedback when you’re pushing your bike too hard, allowing you to adjust accordingly – something that’s assisted by DualSense if you’re playing on PS5. Meanwhile, your opponents put up a good race; they feel more aware of their surroundings, but aren’t averse to making their own mistakes. It all just feels much more natural.

It’s just a shame that, as usual, MotoGP 21 is quite bare-boned when it comes to content. The real attraction here is the career, which remains relatively unchanged from last year aside from some additional managerial options. You can choose to jump in at either Moto3, Moto2 or MotoGP levels, and either sign up for a team or create your own. From there, it’s important that you meet your team or sponsor’s goals. Along the way, you can hire and fire personal managers, as well as technical staff, and steer the development of your bike. It does the job, but there’s a lot of room for improvement. 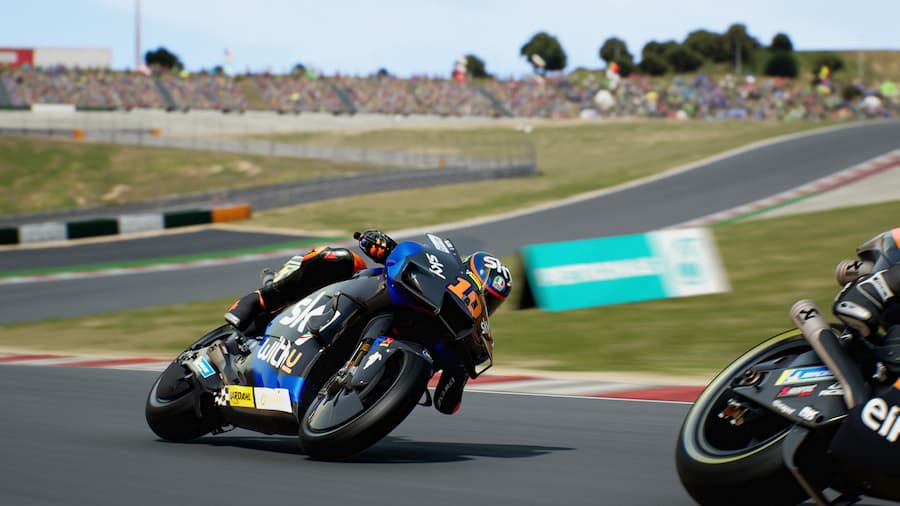 Outside career mode, you can engage in time trials, take part in a single race, or create your own championship. Online multiplayer is available too, but there’s not much to it – your only options are to either join a lobby, or create a private, public, or race director match. Needless to say, unless you plan on delving into career mode and leading your team to success, you might find your interest in MotoGP 21 waning pretty quickly.

Thanks to gameplay tweaks and numerous new features, MotoGP 21 is undoubtedly the best and most accessible MotoGP game yet. There are still some areas that can be improved, however, such as career mode which can feel sterile at times. If you’re a fan of the sport it’s well worth picking up, especially if you have a next-gen console where the improved visuals and performance really elevate it to the next level. And thanks to the new tutorial aspects, it’s also a great entry point for those keen to enter the world of two-wheeled racing.

MotoGP 21 is available on PS4, PS5, Xbox One, Xbox Series X/S, Switch, PC and Stadia. We reviewed the PS5 version with a code provided by the game’s publisher.