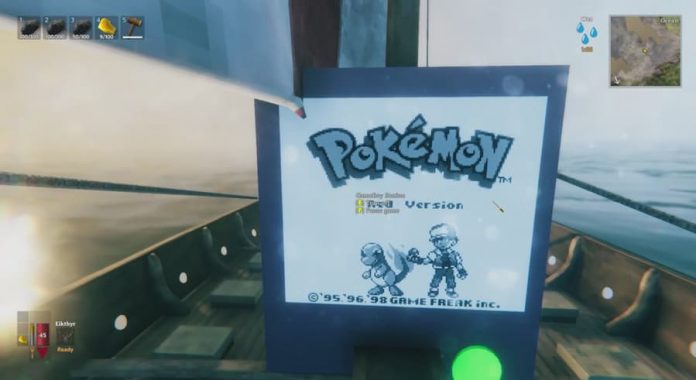 Ever wanted to play Game Boy games in Valheim? Now you can, courtesy of a mod for the Early Access PC viking game.

Yes, it’s a huge anachronism, but we still keep an eye out for wristwatches whenever there’s a viking drama or documentary on. The controls look to be a little fiddly so we wouldn’t count on being able to beat Super Mario Land but this is, in essence, a Game Boy emulator that you can place anywhere.

This video, from the mod’s creator Mixone, shows the emulator – represented as a physical Game Boy, running Pokemon. Given that the game is chiefly turn based, that’s probably the best use of the mod, especially if you get bored on long viking journeys. It’s also got us curious at to what other emulators could be added to the game. After all, a home’s not a home without a Mortal Kombat arcade cabinet.

You can download the mod from NexusMods and load any Game Boy rom (provided you legally own the game of course), and play it wherever you decide to plonk down your machine. Your move, Assassin’s Creed: Valhalla.