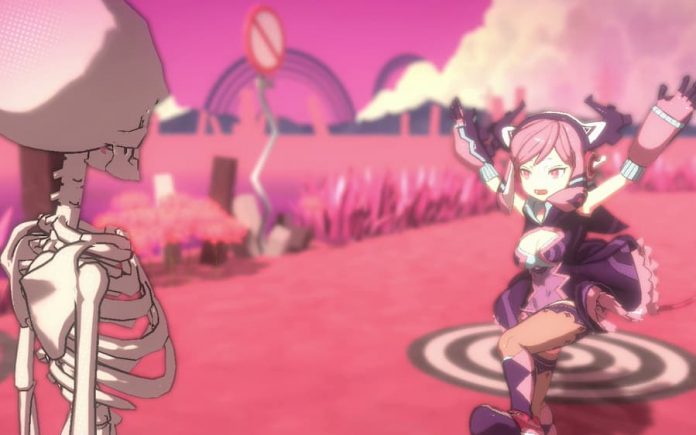 Poison Control is the game to buy if you want to go to Hell.

You’re dead, and instead of being welcomed through the pearly white gates you’ve been cast down to the underworld. How did you die? That’s unknown, and to make matters even more complicated, a strange demon has decided that it wants to make use of your physical body and there’s not much you can do to stop it. On the plus side, that demon is hopefully going to help you get into heaven, and maybe even uncover the mystery of your death. That’s the story of Poison Control in a nutshell – a dungeon crawler all about entering people’s personal hells and hopefully sending them on their way to a better place.

After choosing your gender and naming your character, Poison Control dumps you onto a map of Hell. From there, missions open up one after the other. Each of these missions is essentially its own small dungeon – a person’s personal hell with a story to tell. Clear the dungeon, and hopefully the poor soul who created it will move onto a better place. Your prize, apart from the knowledge that you’ve done some good, is a sticker. Collect those, and one day you might be able to enter heaven yourself.

Needless to say, you’re going to have to clear a hell of a lot of dungeons before Poison Control is over, and that could be a problem because the dungeons get samey rather quick. They might all have their own unique visual quirks and a story to tell, but their layouts are basic and so is the action you engage in within them. From the moment you sit down with the game it’s moderately entertaining, and it never really gets any better.

There are generally two aspects to clearing each of Poison Control‘s dungeons: defeating enemies, and cleaning up the poison within them. Your arm turns into a gun to attack, and with an over-the-shoulder view you can easily take aim at enemies and unleash a barrage of bullets. Annoyingly, you can’t reload your gun arm – you must rely on it recharging itself only once you’ve fired all rounds available. That means if after a bout of combat you’re left with only one round left, you may as well fire it into oblivion. Otherwise you’ll enter your next fight at a disadvantage, having to wait for your gun to recharge after just one shot. 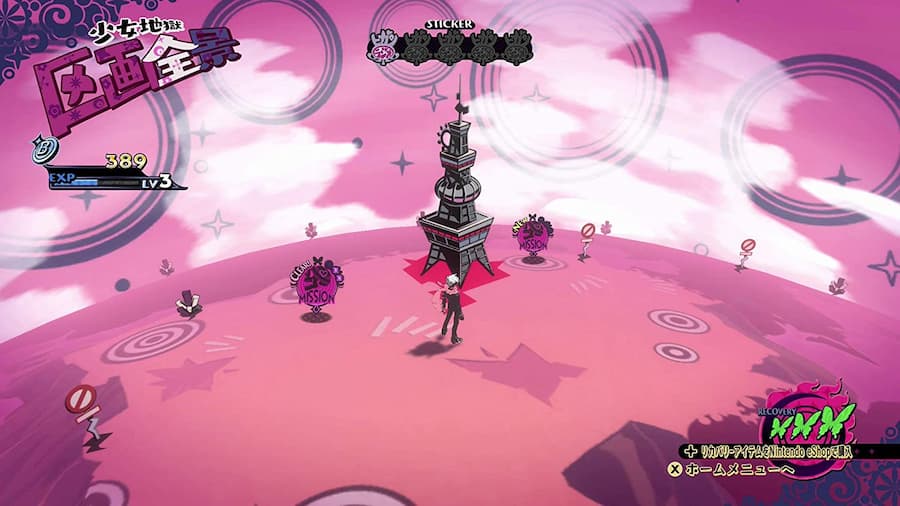 Thankfully other guns are available too – you have a slot for a special weapon that can be changed and recharged thanks to pickups located within dungeons, and additional primary weapon slots can be unlocked and filled. Your primary weapons can also be upgraded with the coins you collect, granting benefits such as increased ammo capacity and damage.

Cleaning up the poison within each of the game’s dungeons requires you to hand over use of your body to your Poisonette companion for a short time. By holding the left shoulder button, the flesh moves from your body, giving you control of Poisonette for a short while. Then, by moving Poisonette over pools of poison she eradicates them once the left shoulder button has been released. A better tactic, however, is to encircle large pools of poison by making it back to your body in time – do that, and all of the poison within the shape you created will be neutralised. That has two benefits: first you’ll be rewarded with more coins, and second, any enemies stood in the poison you’ve just cleared will take a hefty amount of damage. 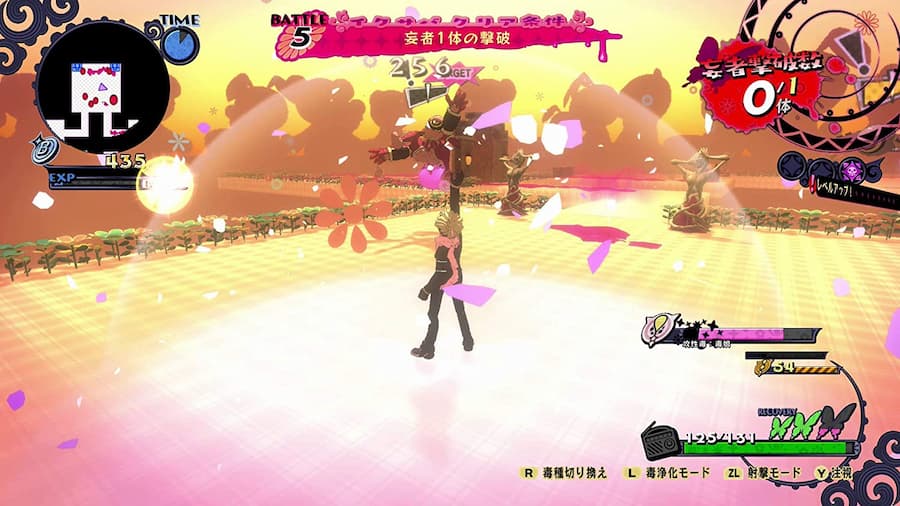 The poison system means there’s a risk versus reward element to Poison Control. You’ll want to neutralise the biggest pools of poison that you can, hopefully with enemies within them, but in doing so you leave your motionless body open for attack while controlling Poisonette. She herself can also be attacked, perhaps scuppering your poison dispelling attempts. Success, then, means striking a balance between fighting enemies and neutralising the pools of poison that litter each dungeon. Though often you will find yourself required to do one or the other to proceed.

Being an RPG, there’s a level system that allows you to grow stronger as you progress. By collecting badges within each dungeon, you can also gain a range of toxicants. Some of them will be weapons, as mentioned earlier, but others boost your defence and provide other benefits. Basically, toxicants are your equipment in Poison Control – to stand a better chance of success they’re invaluable. And finally, dialogue choices made throughout the game will allow you to unlock various passive skills and boost your stats. 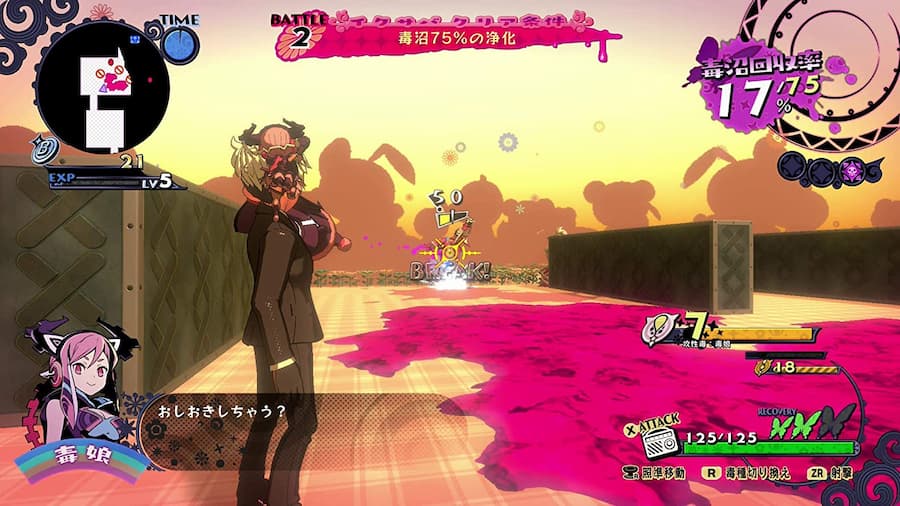 It’s safe to say that Poison Control is a quirky dungeon crawler that’s probably quite unlike anything else you’ve ever played. Unfortunately though, there’s just not enough variety in its dungeons or enemies to stave off the feeling of repetition. Add into the mix basic combat and drab visuals, and you have a game that entertains but never enthrals. If you get invested in the game’s story, keen to discover the events that led to your character being killed and the mysterious past of Poisonette, you might keep playing until the credits roll, but otherwise your attention is likely to peter away. The tone of the game might also put some players off – one minute it’s making gags about the size of a character’s boobs, the next it’s dealing with issues such as sexual assault and mass murder.

Poison Control will not be to everybody’s tastes, but its strange mix of combat and poison neutralisation antics does at least make it unique. Also, while its gameplay does suffer due to repetition, the somewhat bite-sized nature of its dungeons means it can be offset by playing little but often. Ultimately, no element of Poison Control particularly stands out as impressive, but it also does little to actively put players off getting a controller in their hands and cleansing a hell or two.

Poison Control is available on PS4 and Switch. We reviewed the PS4 version (played on PS5) with a code provided by the game’s publisher. 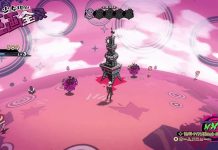 How to Save Your Game in Poison Control 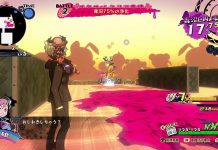 How to Unlock and Equip New Weapons in Poison Control