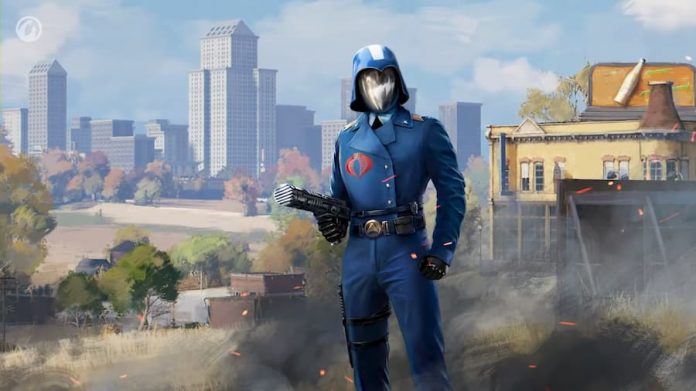 Amazon Prime Gaming subscribers can now use Cobra Commander in World of Tanks.

Sure, it’s not the strangest gaming crossover but it has the potential to be the most satisfying. Rather than being based on his live-action movie appearances, Cobra Commander’s World of Tanks incarnation is true to his appearances in G.I. Joe, the 1980s cartoon that spawned a million toy lines.

Essentially, the Cobra Commander add-on, which requires an Amazon Prime account to access, adds 200 or so new voice lines to the massively multiplayer tank game. So when you’re roaring into battle you have Cobra Commander hissing in your in ear, in that bizarre but endearingly evil manner of his.

It’s not clear whether any other G.I. Joe characters will be coming to the game but, if we’re honest, Cobra Commander was always the best thing about the series. Sure, the “Knowing Is Half The Battle” PSAs were fun but Cobra Commander’s utter refusal to recognise that his plans were complete, complete, crap made him so much fun.

Besides which, Cobra Commander may have been evil but he was honest about it. G.I. Joe, on the other hand, pretended it wasn’t an extended advert served up with a slice of military propaganda.

Provided you have Prime Gaming, Cobra Command will be available to command your World of Tanks tanks right up until May 18th.