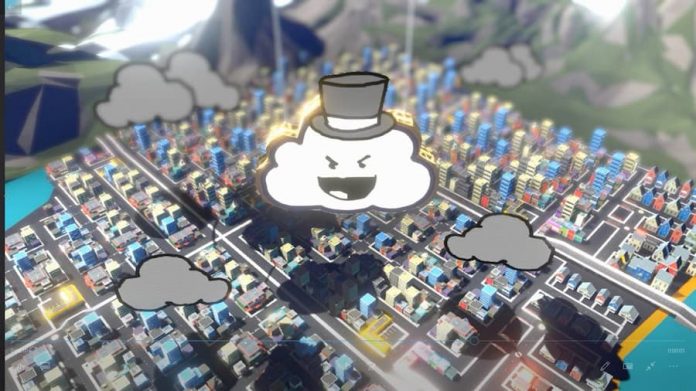 Everyone knows what it’s like to get caught in a bad storm.

It always seems to happen at the worst times. You’re on your way to an interview, your wife is having a baby, it’s your wedding day. Without fail a big grey cloud will always show up on the day when you don’t want it to. In Rain on Your Parade from Unbound Creations, you play as that pesky cloud. He’s determined to ruin as many days as possible in just as many creative ways. And he’s even got an arch enemy.

Rain on Your Parade starts off in a Princess Bride-like manner with a grandfather telling a story to his grandchild about a cloud. He wants his grandchild to be entertained by the story so he comes up with the game’s main character, Cloudy, whose goal is basically just to be a big, fat jerk. And he’s really good at it. But that story by itself might get boring after a while so Grandpa has to come up with ways to make the cloud more interesting. So how about some super powers?

The gameplay for Rain on Your Parade is pretty simple. In the beginning all you have to work with is your rain ability. You can rain on ‘hoomans’, as they’re called in the game, in order to make them angry or stress them out. Around certain levels you might find other liquids that your cloud can absorb, like chemicals that you might be able to use to create a chemical reaction, or tar which you can use to light fires.

But that’s just the first few levels, as you progress through Rain on Your Parade you’ll unlock new abilities like thunder and snow. Thunder frightens hoomans and sends them running all around. It also can help deflect umbrellas, blow up cars, herd sheep and more. One of my favourite abilities is the snow ability. Hitting a hooman with snow turns them into a giant snowball that you can send rolling all over the level. It also makes cars crash and clogs up chimneys. Each of the game’s 50 levesl has players experimenting with something new, which helps to keep things feeling fresh. 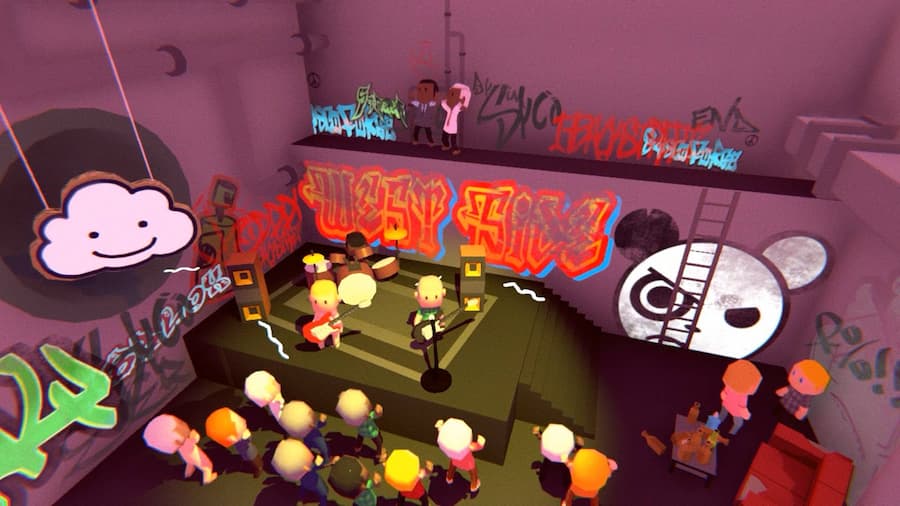 It isn’t just the unique abilities that keep the Rain on Your Parade‘s gameplay fun and exciting; it’s all of the different themes and parodies you’ll come across along the way. For example, you’ll play through a few episodes of The Office. Which basically just means that you’re in an office screwing with people at their desks but we appreciate the joke. You’ll also play through your own zombie movie where you infect a load of hoomans and guide them around while they destroy a town. Every time you think you’ve seen everything Rain on Your Parade has to offer, it throws something new at you.

Now, because Cloudy is such a jerk, according to Grandpa, he’s even managed to get his own arch enemy – Dr. Dryspell. So Rain on Your Parade even has mini boss battles where you’ll have to duck and dodge Dr. Dryspell’s rocket turrets while wreaking havoc. What’s a good adventure game without a hero and his arch-nemesis? Although in this case Cloudy is probably the bad guy. Oh well.

During each level, players have a certain number of goals that they’re supposed to meet. Usually there are only two or three things that are required: soak all hoomans, destroy three cars, set the garbage on fire, etc. There are also some optional quests that you can complete to get more stars on that level. But none of the side quests are required to continue and the number of stars that you have doesn’t seem to matter either. I never had to go back to old levels to get more stars because I didn’t have enough stars to proceed. 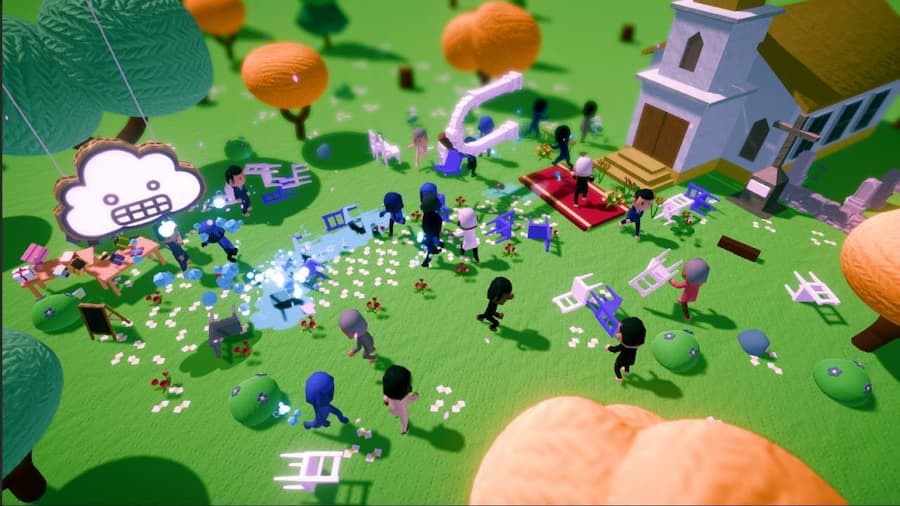 While Rain on Your Parade is fun and all of the different abilities and puzzles keep the gameplay from getting stale, there weren’t any levels I found myself struggling with or even having to think about for more than a few seconds. It’s definitely fun to be able to just breeze through a few levels but a lack of real challenge makes it go by much too quickly. Not even those “boss battles” are particularly though. Anyone that’s played a few video games in their lives will find absolutely no challenge in the game, even towards the very end.

Rain on Your Parade is a simple, funny little game. Its levels aren’t challenging, but many of them are clever and humorous. It’s especially worth picking up if you have kids that just like to wreak havoc in virtual worlds. But regardless of your age, there’s plenty of joy to be had in hitting people with thunder and turning them into big snowballs. What’s not to like about that?

Rain on Your Parade is available on PC, Xbox One, Xbox Series X/S and Switch. We reviewed the game on Switch with a code provided by the publisher. 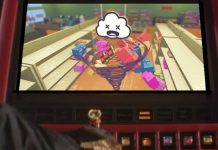 Rain on Your Parade Makes You a Terrible Cloud

Headliner: NoviNews is Headed to PS4 and Xbox One in December 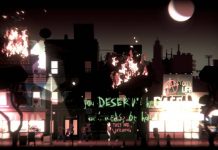 News Sim Headliner: NoviNews is Entertaining and Complicated – in a Good Way