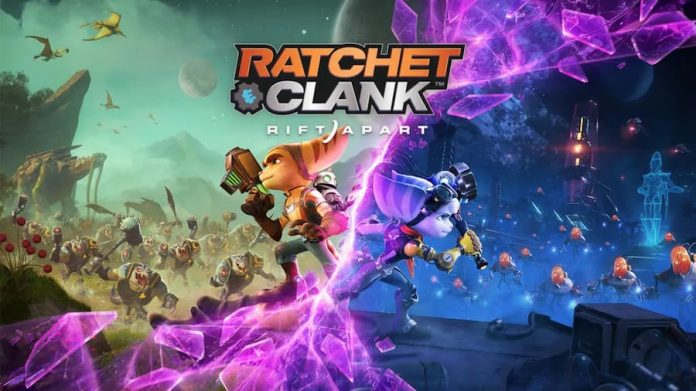 Ratchet & Clank: Rift Apart has a new trailer which, amongst other things, reveals the name of the game’s female character.

Since the character was revealed, the internet has been rife with speculation and, we suspect an awful lot of Rule 34, though there’s no way in hell we’re going to check. Now, the new trailer has revealed her name is Rivet.

Ratchet and Clank end up being dragged to another dimension, which is where she lives. The big difference between her and Ratchet’s world is that series villain Nefarious has already conquered hers. The trailer shows her picking up Clank, after the pair get separated, and roaming the city with him in tow. So has Ratchet been benched?

Not quite; the trailer shows both Ratchet and Rivet in action, roaming across the vast alternate metropolis in, we presume, an effort to unseat Nefarious. What’s intriguing is that you’ll be apparently be able to hop between dimensions at will, which should lead to some interesting puzzles.

Ratchet & Clank: Rift Apart is a Playstation 5 exclusive, and is set to launch on June 11th. You can check out the trailer below to see Rivet, Ratchet and Clank in action.