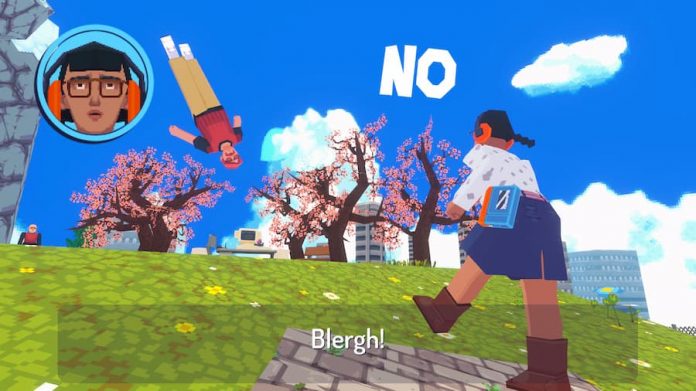 We all fantasise about saying no to our boss when they ask us to do something we don’t want to do. And yet, for most of us, we never can manage to muster the courage to say that two-letter word.

Not our protagonist of Say No! More. You see, they’ve just started a job as an intern in a “proper office”. But as the intern, they’re treated like crap; their desk is behind the vending machine, and nobody acknowledges their presence unless they want some mind-numbing task completed.

The kicker, though, is when their manager comes along and steals their lunch. That’s the last straw for them – but they still can’t manage to spit out ‘no’.  Well, not until they find a mysterious cassette tape, that is.

After listening to a motivational cassette all about the power of NO!, things drastically take a turn for the intern. Those menial requests from co-workers? They can now throw a ‘no’ back at them, shocking and stunning them into silence. But saying no to requests to bring coffee or fix the photocopier is one thing. Our defiant intern has their head set on loftier goals: getting their lunch back from their supervisor.

If you’ve not gathered by now, Say No! More is an incredibly silly game that doesn’t attempt to take itself seriously. Saying no is literally the only thing you’ll be doing here, as you make your way through scenarios that get more and more ridiculous. And as you listen to more of your motivational cassette, you’ll learn new tactics too – a charged-up ‘no’, a cold ‘no’, a lazy ‘no’. You’ll also learn to accompany your ‘no’ with a laugh or a patronising clap, amongst other things, to really rile people up. 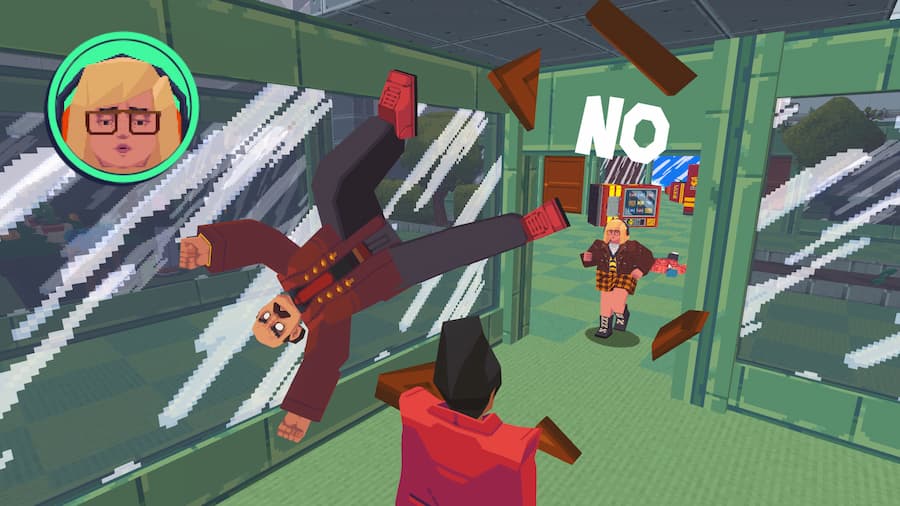 Say No! More‘s presentation is absolutely fantastic; its unconventionally polygonal art style works really well at bringing its zany world to life. But it’s the voice acting and pacing of the game that really sells it; the game remains at a breakneck pace throughout, never letting up throughout its two-hour runtime. It’ll have you giggling from one bizarre scene to the next, with well-voiced characters making it feel like you’re absorbed in some off-the-wall animated comedy.

It may be a short game, but that brevity is definitely a positive – Say No! More never outstays its welcome, and it’s the perfect length to get its message across. Yes, it’s completely silly, and we wouldn’t recommend shouting ‘no’ so loudly in a co-worker’s face that the building collapses around you, but it’s a remind that it is okay to say ‘no’ sometimes. Especially if a manager tries steals your lunch.

Say No! More is available on PC, Switch and iOS. 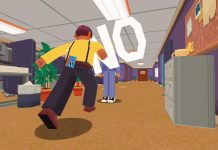