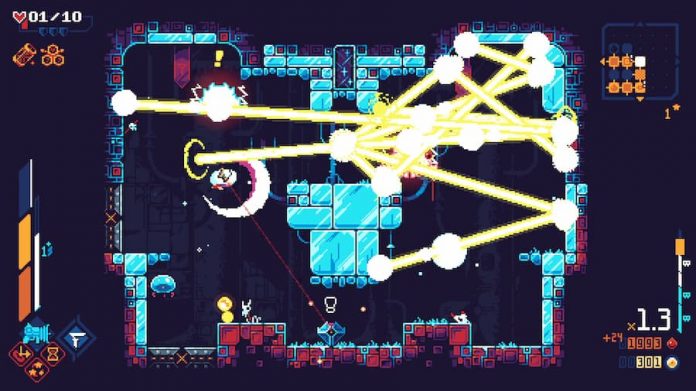 If something threatened to destroy your world, would you stand against it?

Those who have enjoyed titles such as The Binding of Isaac and Neon Abyss are likely to love ScourgeBringer. A roguelike, it challenges players to enter an ever-changing dungeon, where their skills will truly be tested. Players move from room to room, engaging in lightning-fast encounters with a wide array of enemies. Primarily, Khyra will be slashing at opponents with her sword, and can swiftly move from one to another thanks to a nifty dash attack. A powerful slam attack is also available, however, while a gun can be used to take out enemies at a distance.

It’s how you can flawlessly combo one attack in another that makes ScourgeBringer‘s  combat so enjoyable and electrifying. With a bit of practice, you can clear rooms without even touching the floor. Combat is tough though, so expect to die a lot before you’ve completely mastered it. Also, by collecting droplets of blood as you play, you can unlock a host of additional skills and perks that open up yet more options and make subsequent entries into the dungeon a little easier.

Of course, there are plenty of temporary upgrades you can collect while playing too. Finding an altar of blood, for example, allows you to choose from one of three perks that will last until you perish. Sometimes you can get upgrades or health items from defeated enemies, too. And there are numerous vendors who will sell you your wares should you have the required resources. You might need them to overcome all of ScourgeBringer‘s tough bosses. 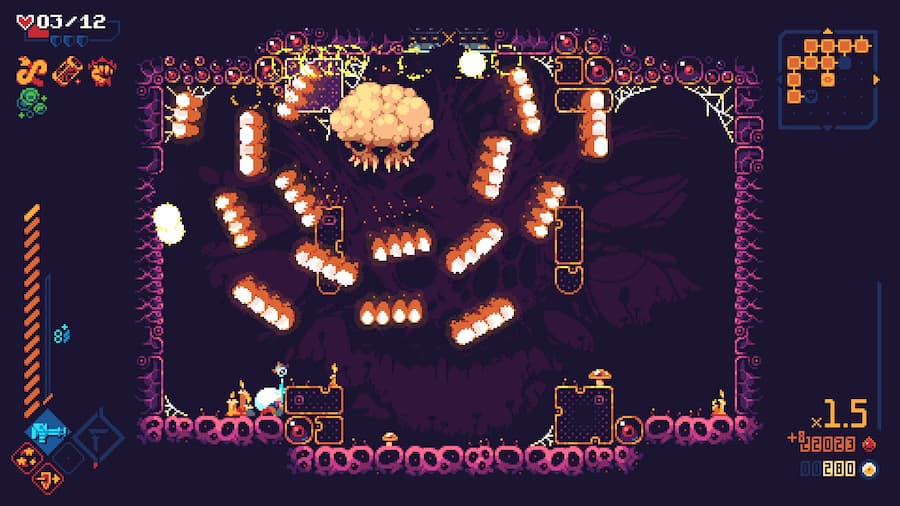 What’s really neat about ScourgeBringer though, is that it’s a roguelike for all. The genre is typically tough-as-nails, and by default this title is too. Dip into the options menu, however, and you’ll find a wealth of accessibility options. You can slow down the speed of the game or just enemy bullets, as well as increase the number of restorative items dropped by enemies. Even making yourself invulnerable is an option, though trophy hunters will rue that it prevents some trophies from being unlocked.

You can read our full (and glowing) review of ScourgeBringer here. Needless to say, it comes highly recommended. It’s available digitally now on PS4 and PS Vita, after launching on Xbox One, Switch and PC last year. A physical PS4 version is also now available for preorder, with a boxed PS Vita version to follow later. 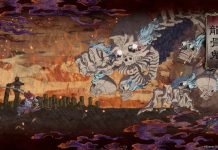