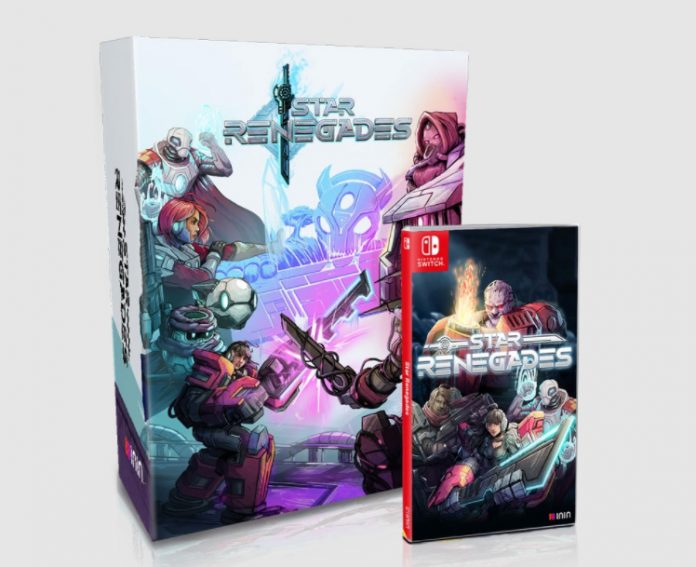 A strategy-RPG that features traditional JRPG-style turn-based battles, Star Renegades was released on PS4, Switch and PC last year. Aside from battles, it features rogue-lite elements and was, on the whole, well received.

Now it’s getting a limited physical release, courtesy of Strictly Limited Games. We’re not entirely sure why the release needs to be limited, other than the company’s name, but we suspect it’s to tap into the fear of missing out. Whatever the reason, Star Renegades will be available in two flavours.

The first, a basic physical release, is just that; the boxed game for Nintendo Switch or PS4 (there’s no PC physical release). The second is the fancier Collectors Edition which will feature:

Both versions are currently available to pre-order, from Strictly Limited’s online shop. However, they won’t be shipping until October/November so you’ll have to wait a little while to get your hands on them.