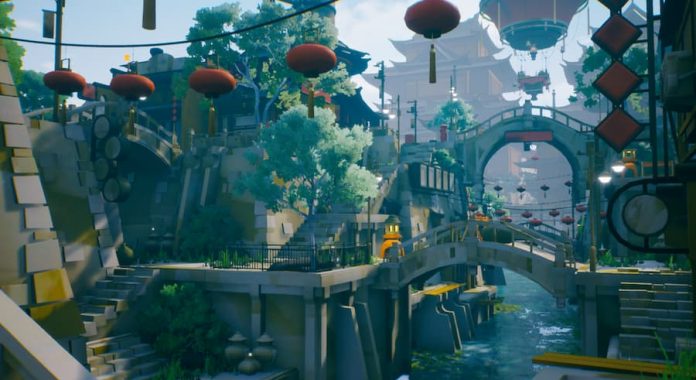 TASOMACHI: Behind The Twilight (not that Twilight, thankfully) is set to arrive this April.

TASOMACHI is the creation of nocras, an artist who’s worked on various AAA titles including Breath of the Wild, and casts you as an girl who roams the world in an airship. Her craft breaks down, forcing her to scavenge for parts. She finds herself in a small town where, barring a tiny tribe of cat-like people, the inhabitants have vanished.

Going by the trailer there’ll be a lot of adventuring, a fair bit of puzzling and an awful lot of light collecting though it doesn’t look like your protagonist will be punching people in the face. So no breaking weapons, then, which is a blessing. It looks absolutely adorable, with shrines, pagodas and other eastern architectural influences in evidence.

TASOMACHI: Behind the Twilight (yes, it’s meant to be in capitals) is set to arrive on the PC, via the Steam Store, this April 14th. That said, we wouldn’t be at all surprised if it received a console release at some point in the future. If you want a closer look at what you’ll get you can watch the trailer below.