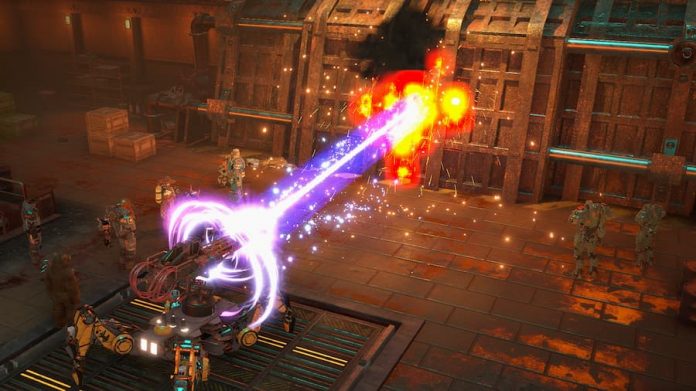 Wasteland 3, second sequel to the game that inspired Fallout, is getting its first piece of downloadable content.

The Battle of Steeltown takes place in and around a Colorado steel factory, but instead of fighting mutant scorpions or some other monstrosity, you’ve been sent in to deal with striking workers. Yes, the employees of this post-apocalyptic workplace have decided they’re getting a raw deal and the management wants you to shoot them in the face.

Of course, that won’t be the only option available to you. Wasteland is noted for sporting choices that aren’t entirely black and white so siding with the strikers will likely be an option.  There will also be some non-human enemies to annihilate as well, as well as some bandits who are happy to murder people whether they’ve got a union or not.

Unusually, The Battle of Steeltown will be accessible to all players, adjusting its enemies and so forth based on the level you’re at. We’re not sure how we feel about that; on the one hand, you’d expect to be able to actually play the new content you’ve bought without being annihilated in two seconds flat. On the other, we’ve never really been a fan of scaling enemies. If get our hands on the DLC, we’ll let you know how that works out.

Wasteland 3: The Battle of Steeltown will require the original game and will be available June 3rd on PCs and consoles. You can also check the trailer out on YouTube.

Get Wasteland 3 at Amazon