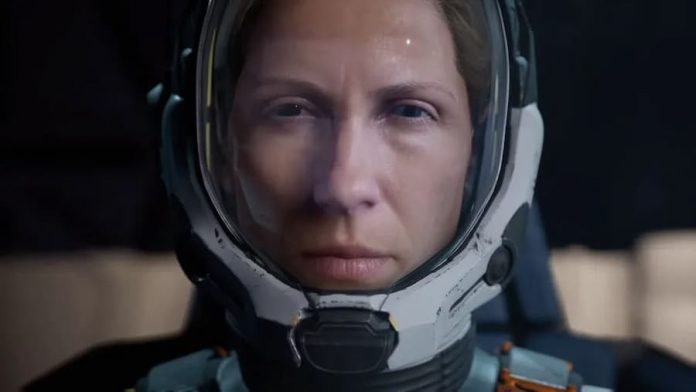 A rogue-like like no other, Housemarque’s Returnal is perhaps the best game available on PS5 right now.

It’s tough, though; you’re expected to die time after time until you finally succeed. But that’s the nature of roguelikes, plus it plays into Returnal‘s story of a woman trapped on an alien planet, stuck in a seemingly endless cycle.

Chances are you’ll want to help Selene break the cycle, because once Returnal has you in its grasp, it won’t let you go. For that reason, we’ve put together a number of helpful tips that will hopefully make your time playing the game a little easier than ours. Though that’s not to say we found Returnal absurdly difficult – it just take as while for you to get your head around some of its systems and learn what artefacts and weapons are best to grab for a successful run.

So, without further ado, here are some tips to help you conquer Housemarque’s phenomenal Returnal.

If you stand still in Returnal, you’re going to die. It’s as simple as that. Always keep on the move, that way your enemies will find it much harder to land an attack on you. And if an attack does look like it’s going to hit, jump and/or dash. Some of the hardest encounters in Returnal aren’t actually boss fights, but by keeping mobile you greatly increase your chances of survival. Don’t forget you can sprint by clicking in the left analogue stick as well. That’s great for when you want to put some distance between you an your enemies, or avoid certain homing attacks.

Find the weapon that works for you and develop it

While you always start with a bog-standard handgun, there are many weapons that you can acquire in Returnal. Some of them will only initially be discoverable in later biomes, but once found, you can then find them in earlier ones too. It’s a good idea to try every weapon that you find and see how you get on with them. What works best for one person might not another. We quickly found that we gelled well with the Hollowseeker, for example, initially found in the game’s second biome. Its high rate of fire and long range means it can make short work of enemies whether they’re near or far.

Once you’ve found a weapon or weapons that work for you, keep using them when you can. As you increase your weapon proficiency on any given run, you’ll find that weapons have an ever increasing number of traits that, when unlocked, can dramatically change how they behave and make them more powerful. By the time we’d made decent progress into Returnal‘s last biome, the bullets of our Hollowseeker retargeted enemies, hitting them a second time, while their serrated edges cause additional damage over time. Even better, it would sometimes spawn a couple of beam-emitting portals which absolutely decimate our enemies while we simply focused on surviving.

Try and get an Astronaut artefact or equivalent

Death can come all too easily in Returnal, but there are numerous artefacts available that can save you from its embrace. One of those is the Astronaut, which becomes available once you’ve completed the game’s first house sequence. With an Astronaut in your possession, when you die you’ll instantly be brought back to life, giving you another chance to overcome a pesky boss or enemy encounter. The best thing is, Astronaut artefacts can usually be bought from fabrication stations for just a few hundred Obolites. Consider buying one on each run to give you the best chance of success. And who knows, you might even come across another artefact that has the same effect, saving you from death twice.

As you explore Returnal‘s first biome, you’ll sometimes encounter Selene’s house. Do your best to find the key for it, as that’s where much of the game’s story will unravel itself. Once you have the key, you’ll be able to enter the house every time you unlock a new biome, with a new scene playing out. At the end of them you’ll unlock new artefacts for future runs, too, such as the Astronaut that’s essentially an extra life.

Don’t forget to make use of Alt-Fire

Every weapon in Returnal has an alternative fire mode. It might be that a weapon can shoot electricity that shocks enemies for a period of time, or it has a scope that allows you to zoom in and snipe an enemy’s weak point. Make sure you use them, as they are very powerful and can change the tide of any battle. After using alt-fire, you’ll have for wait for it to recharge again, however.

You’ll learn quickly that the dash manoeuvre in Returnal is great for avoiding a wide number of attacks and clearing large gaps, but don’t forget that you can also dash through some attacks. If there are a multitude of bullets heading your way, for example, or multiple waves of doom, sometimes the best way to avoid them is dashing into them and through them. The only caveat is, there are some attacks that you can’t sash through without taking damage. If you see a purple beam or waves heading your way, do everything you can to avoid them, as even dashing through them will harm you.

Make use of melee

Guns are great, but sometimes your sword is just better. You acquire your sword not so far into Returnal, and it’s essential if you want to eradicate the shields that surround certain turrets and enemies. Use cover and dash to get in close to shielded enemies, then swipe at them with your sword when in range. In the case of turrets, chances are it will wipe them out in one hit, while other enemies might need a bit more punishment. The truth is, it’s worth hitting most enemies with the sword when they’re in close range, as it does a large amount of damage.

Dash just before landing to keep your momentum

Keeping on the move is essential to success in Returnal, and you’ll find that if you fall a large distance, Selene will take some time to recover before she can move again. There’s a solution to that, however: simply dash just before you hit the ground and you’ll keep your momentum, allowing you to remain on the move. This trick is particularly handy when you have a parasite or malfunction that causes you to take damage when falling from a great height. Dash just before you land, and no damage will be sustained.

Complete the daily challenge for 5 Ether

Ether is perhaps the most valuable resource in Returnal, and it’s a persistent one too. That means any Ether you acquire on a run won’t be lost when you die. And what can Ether be used for? How about creating a checkpoint so that you can continue your run when you die, cleansing chests and other items that have been infected with malignancy, or even exchanging them for Obolites mid-run so you can afford helpful artefacts and other items?

You can acquire five Ether each day by completing the daily challenge, accessible within Selene’s ship. It unlocks once you’ve beat Returnal‘s first boss. Get into a habit of doing them so you can build up a solid stock of Ether. It will make your runs much more manageable, and may just turn a good run into one that allows you to finish the game.

While some upgrades are persistent in Returnal, you generally start out weak every time you play. So, while you might want to quickly get back to a boss or biome that’s preventing you from continuing any further, it often pays to take some time to explore. Before leaving a room, check the symbols for the doors leading from it on your minimap. White doors indicate the main path that you need to follow to progress, while blue triangular doors indicate optional paths that may hold helpful items should you be brave enough to enter them. They might be completely safe, but sometimes they are inhabited by powerful enemies or dangerous traps. It’s at least worth entering each room just to have a peek at what may lay in store. As they say: nothing ventured, nothing gained.

Just be mindful of golden doors marked with a star on the map; behind them are challenge rooms that contain waves of powerful enemies. They’re very tough indeed, so make sure you’re prepared before entering one. 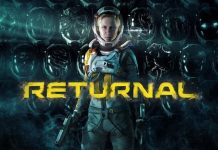