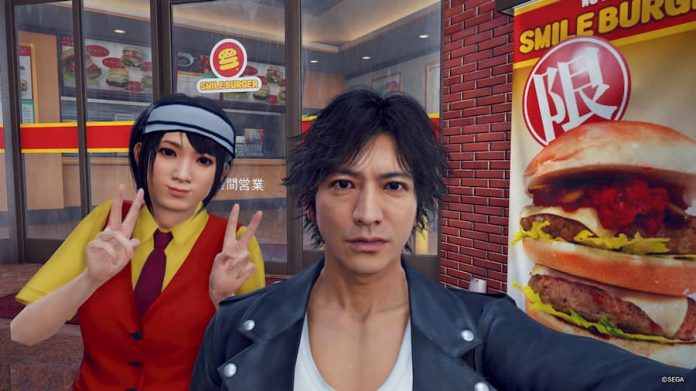 This article was originally posted in July 2019, shortly after the release of Judgment on PS4. Today, Judgment Remastered is out on Stadia, PS5 and Xbox Series X, so we’re re-sharing this piece about the small and wonderful details that help bring the game to life.

One of the highlights of the Yakuza games has always been the absolutely bizarre and brilliant side quests you can find yourself getting involved in.

These often absurd and surreal diversions offer a much-needed respite from the core heavy melodrama, as well as letting the writing team flex their imaginations.

Of course, you might also think that they’re just a little too random, appearing out of nowhere while Kiryu’s minding his own business when he’s suddenly sucked into madcap riffs on Japanese pop culture – like a teenage couple’s body-swapping scheme or mastering the art of ‘kabedon’.

Not that Judgment doesn’t have its share of the wacky, but it’s also arguably more grounded, letting you get to know Kamurocho’s locals thanks to its new friendship system. A good deal of these quests now involve simply talking to the locals working the day-to-day jobs behind a shop counter and restaurants.

I don’t exactly come from a small town where everyone knows each other’s name and it’s rare that we actually befriend strangers. Nonetheless, if you have a routine then you’ll certainly encounter familiar faces on your commute, or perhaps the same staff serving you at the local supermarket, coffee shop or post office. To an extent, Judgment imagines what it’s like to get a glimpse into the stories of the people around you. 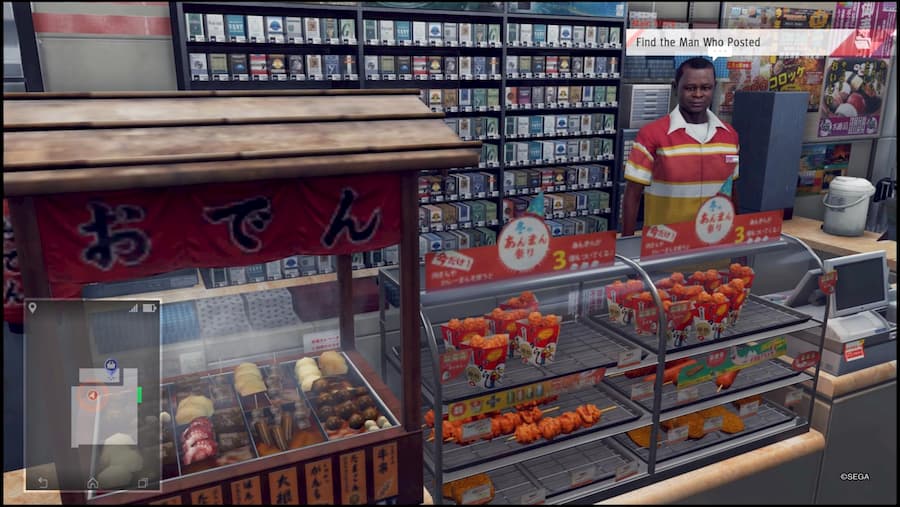 While there’s plenty of little businesses you can visit to buy items or fill your stomach as before, you’ll also notice on the map that many also include a handshake icon; a sign that there’s a bit more here you can do than just a simple business transaction.

Sometimes, it’s linked to their respective business, such as how each of the Poppo convenience stores have a promotion going on where after a certain number of purchases you’re given a free music record, or the annoyingly cheery assistant at Smile Burger who coaxes you into the restaurant’s promotion of having customers take selfies with employees. She even has the cheek to provide feedback on how to get you smiling better.

It’s probably not surprising that in-store promotions provide an incentive for staff to get extra chatty. But take regular haunt tonkotsu ramen shop Kyushu No. 1 Star, where after enjoying a hearty meal, you learn that the owner’s getting insecure that his traditional dishes aren’t attracting the younger Instagram-obsessed generation. 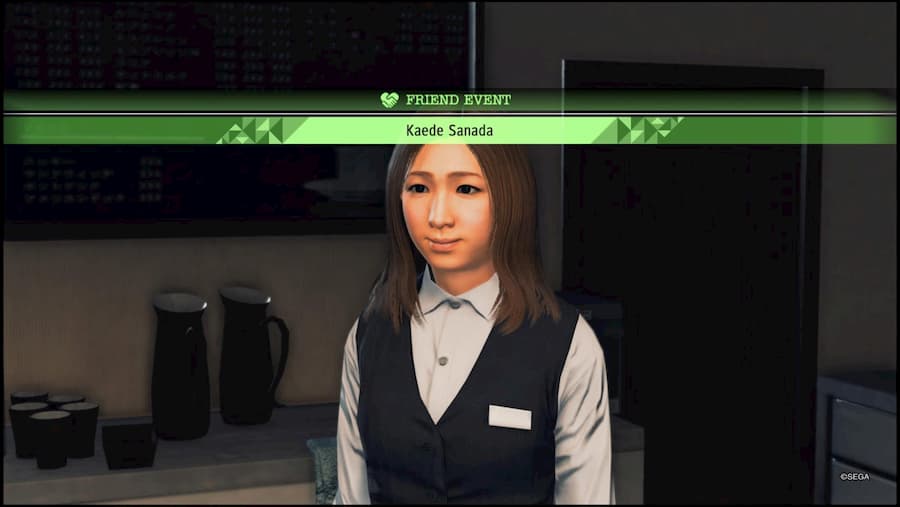 Or take the sushi apprentice at Sushi Gin who grew up overseas so struggles with the terminologies his boss hilariously gives him a bollocking over not knowing. Or the hotel coffee shop barista trying to learn English through the foreign customers that come through. What you get a sense of is that underneath the polite expressions of “irrashaimase” and “arigatou gozaimashita”, these NPC staff members are people too, with their own little problems and stories. Which is, of course, Yagami’s cue to step in and lend a hand.

What might be lost on Western players is that Yagami is played by Takuya Kimura, a huge household name in Japan in TV, film, and pop music. So I imagine for Japanese players, there’s a novelty to having a mega celebrity getting involved in the daily lives of ordinary people.

What’s great is that you’re not just helping these NPCs out on a one-off, but it’s something that happens over time with each new visit. Naturally, completionists who want to eat or drink a whole business’s menu will return frequently – but now you also have an incentive to support these people to build up your friendship meter. 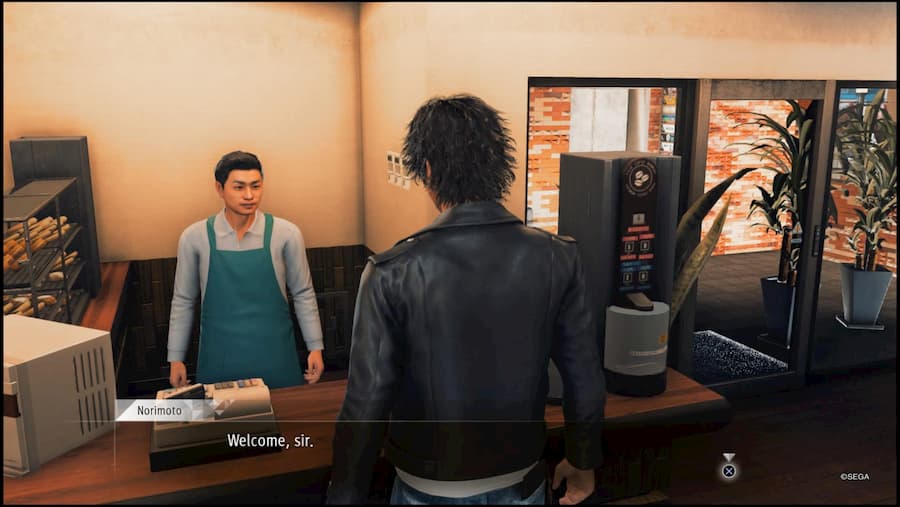 Perhaps my favourite example is Cafe Mijore, an upstairs coffee shop that would be easy to miss, though fortunately you’re required to visit it early on in the story. Here you’ll find Norimoto, a barista who, on your first visit, is completely spaced out as he’s crushing hard on a new female co-worker called Miharu. Funnily enough, on your next visit, you’re served by Miharu herself, and essentially their shifts alternate on each visit. So begins a sweet questline where Yagami unwittingly plays matchmaker. Seeing as Mijore is located just around the corner from your detective agency, it becomes an enjoyable routine to swing by the cafe, and as you order a Cappuccino, you learn a little about Miharu’s interests, which you can then slip back over as tips to Norimoto on the following visit.

Being everybody’s friend isn’t just a gimmick; it’s valuable to Yagami since he’s running a detective agency – naturally, he wants to boost his reputation in the city for more cases to come to him. It’s no surprise, then, that your reputation level is measured by the number of friends you make. Social currency is a running theme as you’ll discover certain missions can only be completed by seeking advice from newfound friends, while social media too has its uses as you hack into the game’s Twitter equivalent to find people based on keyword searches.

For Yakuza fans, Kamurocho has always felt like a second home where, like a night out on the town, anything can happen. Judgment gives it an extra depth by making you care about the ordinary lives of its locals. Who knows, maybe it’ll even encourage me to say more than ‘hi’ and ‘cheers’ on my next trip to the shops.