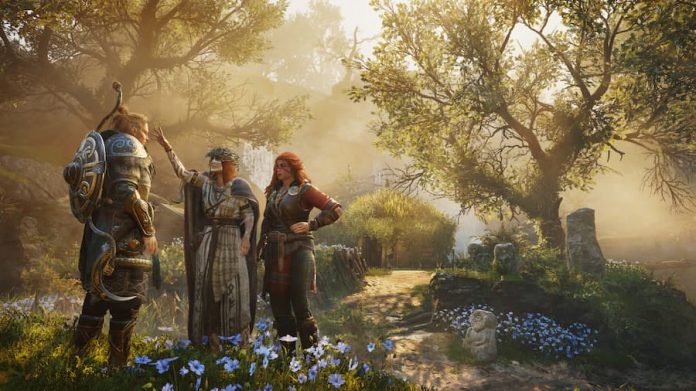 Wrath of the Druids, Assassin’s Creed Valhalla’s first proper chunk of downloadable content is out today.

After being delayed for additional polishing, Wrath of the Druids will take you to Ireland to tangle with a druidic cult who are, predictably, up to no good. That’s not a slight on real-life druids but, let’s face it, they’ve had a pretty raw deal in a lot of games. And, this time around, it’s up to Eivor to sort them out.

Eivor is summoned to Ireland by their long lost cousin Barid, which is a huge clue that things won’t end well. If you’re the protagonist of a video game and some distant relative just happens to get in touch, tell them you’re busy. Eivor, on the other hand, leaps into the fray, giving you the chance to roam around a whole new landscape, stabbing and slashing as you go.

What is interesting about Wrath of the Druids is that there’s no power level requirement and no need to have made your way halfway through the game. As long as you’ve reached England, you can dive into Druids. We’ve always had mixed feelings about “suggested” level requirements for new content. On the one hand, it means you’re in for a challenge but, on the other, it’s making it harder to access content you’ve paid for.