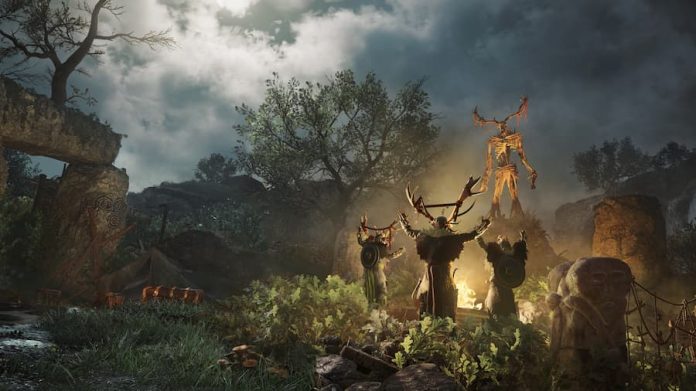 Chances are you haven’t finished Assassin’s Creed Valhalla yet, and the good news is you don’t have to if you want to dive into the game’s first expansion, Wrath of the Druids.

Upon settling in England, the Wrath of the Druids story arc can be instigated by talking to a mysterious stranger who shows up at your port. They claim that the king of Ireland knows you and would like you to visit. That captures your attention. Just who is this king? Of course you’re going to go to Ireland to find out, especially when there’s the possibility of trade thrown into the mix.

Of course, nothing’s ever easy in the world of Assassin’s Creed Valhalla. Before you can set sail to Ireland, there’s the matter of a blockade to sort out in England; call it a trial to show that you’re worthy of travel, if you will. It’s no trouble though – Eivor is a doer, after all. Before you know it you’re on a ship, heading to pastures new. Though don’t go expecting a dramatic change in scenery; what awaits is more picturesque countryside littered with quaint settlements, dense forestland, and cold stone structures.

At the centre of Wrath of the Druids is a story that takes around 12 hours to follow from beginning to end. So, it’s pretty sizeable. Upon arriving in Ireland it turns out the king is actually your cousin, Bárid. Though he’s not the king, he’s just a king. The king of Dublin, in fact. After the pleasantries are done and an attempt at his life is made, he reveals that he’s currently trying to curry favour with the high king of Ireland to secure his position. It’s a task that you’re keen to help with him.

Being the resourceful Viking that you are, you’ll find yourself striking at Bárid’s detractors in Wrath of the Druids, as well as eventually helping the mighty high king Flann on Bárid’s behalf. Along the way, you’ll make friends with Ciara, a druid and poetess who you may choose to romance if you play your cards right, and Azar, a mysterious trader who you’ll frequently want to visit to unlock a wealth of fancy new equipment. 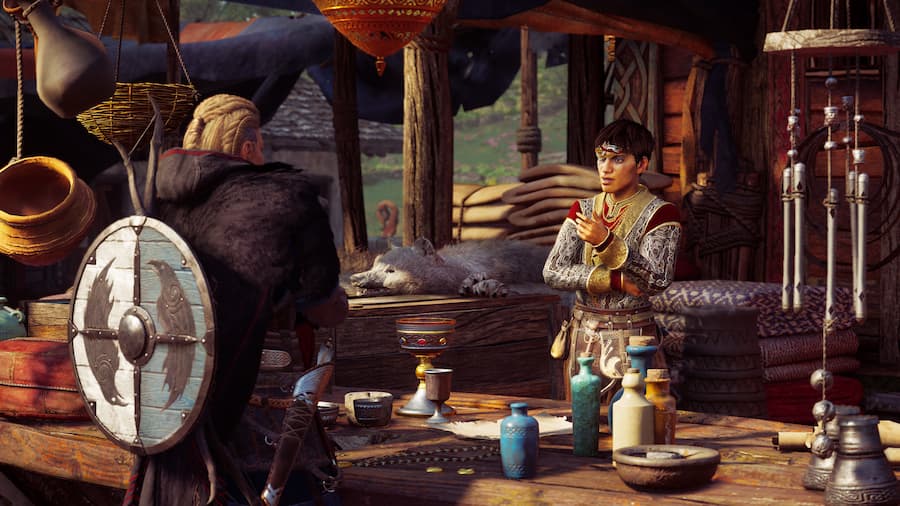 Trade plays a large role in Wrath of the Druids. There are multiple disused trade posts littered across Ireland, and it’s in your interest to find the deeds for them before restoring them to their former glory. Each trade post provides a valuable resource, and if you want to boost their productivity you’ll need to use supplies to upgrade them. Speaking to Azar back in Dublin you can then export those supplies and receive various exotic goods in return alongside increasing the city’s renown.

Being called Wrath of the Druids, it’s obvious that druids play a major role in Assassin Creed Valhalla‘s first expansion, too. You’ll encounter plenty of them as you wander around Ireland, and they make for fearsome opponents. Their concoctions make the air thick, limiting your vision while also making you hallucinate. As if that’s not enough to contend with, they’re keen on making use of the elements to thwart you, inflicting you with poison and setting you on fire. Some of them can even shapeshift, but that’s all I’ll reveal on that matter to keep things a surprise for you. 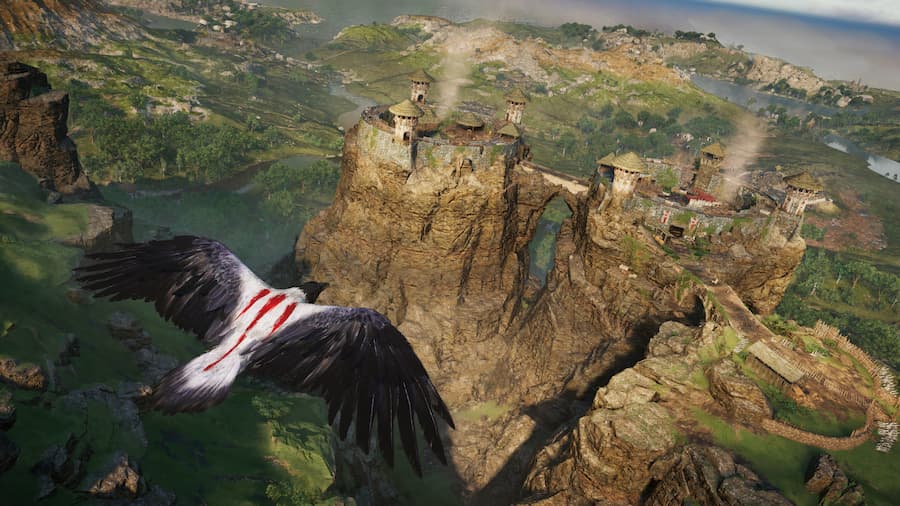 You’ll end up hunting down and assassinating a fair number of druids as you follow Wrath of the Druids‘ main story, though once you’re done you can continue hunting them down until the order is no more if you wish. There are other side activities to engage in too, such as Trials of Morrigan and Royal Demands. If you want to see and do everything in Ireland, you can expect to spend 20 hours or so exploring its lands.

It’s just a shame that, being a side-excursion, Wrath of the Druids doesn’t further Eivor’s story in any way. Also, the story itself, while perfectly serviceable, isn’t particularly gripping. Still, it’s entertaining enough to keep you playing, and the rewards for your time come in the form of new skills and equipment, which you can then carry over to the main game. I’m still torn between equipping a fearsome-looking sickle I’ve obtained on my journey and a khopesh that frequently ignites itself during combat. 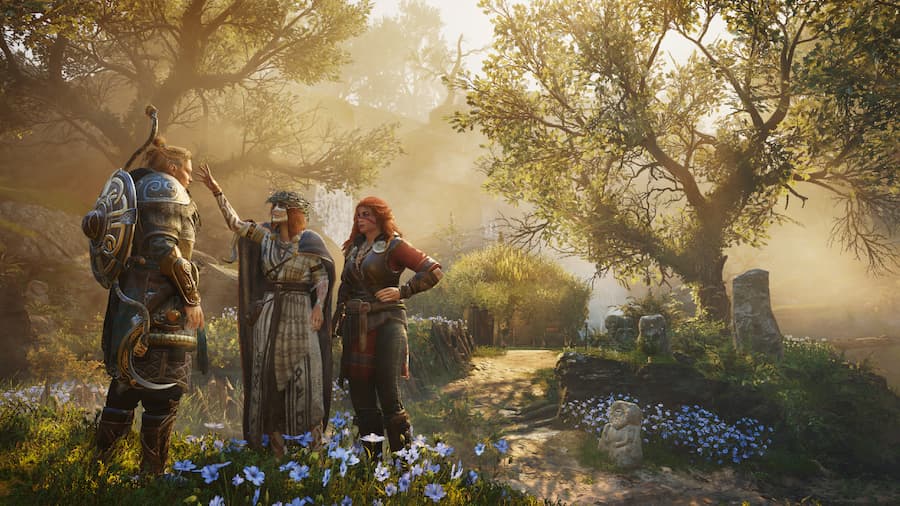 Assassin’s Creed Valhalla‘s inherent flaws also show their face to hamper your experience with Wrath of the Druids from time to time. The awkward controls will sometimes get in your way during combat or when trying to parkour, while glitches such as finishing animations playing out when enemies are already dead on the floor break your immersion. Anyone that has put considerable hours into the game will already be aware that it often lacks a bit of polish, however.

It’s hard to call Wrath of the Druids essential, but those seeking to eke out yet more gameplay from Assassin’s Creed Valhalla would be wise to check it out. As I explored the countryside of Ireland, including iconic landmarks such as The Giant’s Causeway, I couldn’t help but stop to take screenshots due to the beauty of it all. And while the gameplay boils down to more of the same, it’s enjoyable spending yet more time in Eivor’s shoes, developing their skills even further, adding more gear to their repertoire and being the person that gets things done.

This review of Assassin’s Creed Valhalla: Wrath of the Druids is based on the PS5 version of the game, with a code provided by the publisher. It’s available on PS4, PS5, Xbox One, Xbox Series X/S, Stadia and PC.