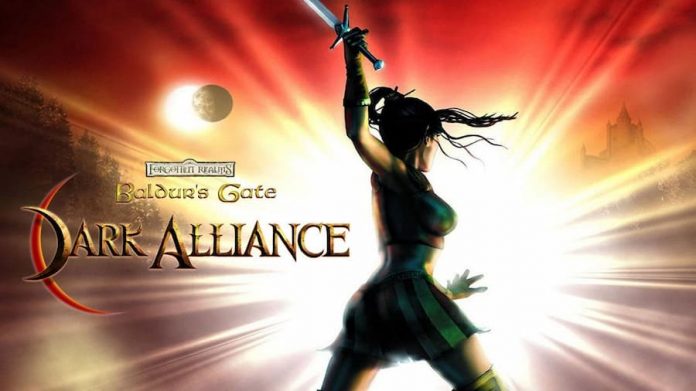 The 20-year old Baldur’s Gate: Dark Alliance is seeing the light of day again; an enhanced version is launching on Xbox, PlayStation and Switch. Tomorrow.

Announced exclusively on IGN earlier today, Interplay Entertainment is re-releasing Baldur’s Gate: Dark Alliance in order to put it in front of a brand new audience. It’s coming to PS4, Xbox One and Switch, and will support 4K on Xbox One X, PS4 Pro, Xbox Series X and PS5.

Note that this isn’t a full remaster; it’s simply an re-release of the original, outside of enhanced graphics. Don’t expect any new features or modernisations. But if you’re a fan of the original game, which released in 2001, then this will be a great little nostalgia trip.

If you’ve never played the game before, it’s an action-RPG set in the world of Faerun. Like all good ARPGs, you’ll spend your time fighting enemies, looting, and levelling up your characters. You can choose from three different heroes, all fully customisable.

So, if you want to jump back into this classic, Dark Alliance launches on Switch, PlayStation and Xbox tomorrow, 7th May. It’s priced at £29.99/$29.99.